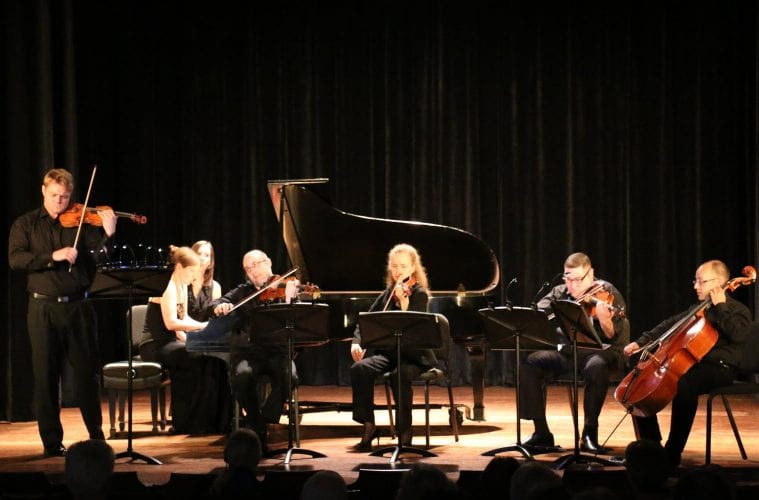 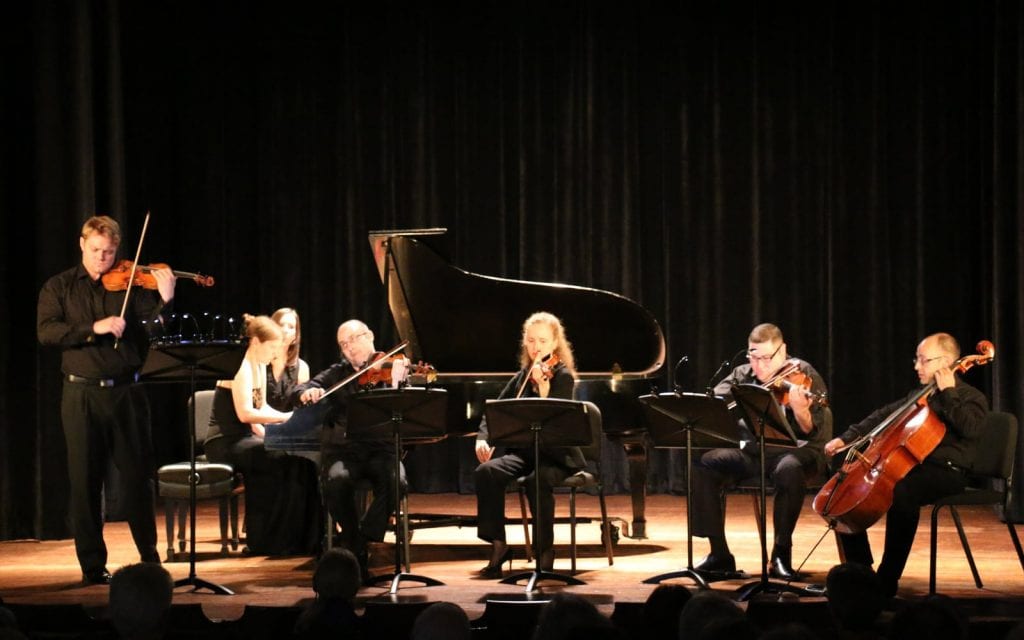 Pianist Julie Coucheron, David’s sister, originally planned to take part as well, but a scheduling conflict put her in Italy this week and Liza Stepanova, pianist of the New York-based Lysander Trio was called to replace her.

Madison is about the same distance in miles as Dahlonega or Athens from downtown Atlanta, but takes only about an hour to get there via I-20. Or you can take the slightly more leisurely route of Highway 78 toward Athens, but hang a right on Route 83 just after passing Monroe; it takes you through “cotton country” around Bostwick and straight into Madison’s downtown. The rural diversion adds almost a half hour to the trip, but escapes the more commute-like traits of the expressway.

The Amernet Quartet (violinists Misha Vitenson and Marcia Littley, violist Michael Klotz and cellist Jason Calloway) began with Hugo Wolf’s “Italian Serenade” a seven-minute work that is often played by string quartets as an encore, but its spirited, cheerful melodic character made for a fine opener.

The cultural center’s plaster-and-wood, 299-seat performance hall has a small proscenium stage with a curved apron in front. The Amernet Quartet placed themselves on the apron of the stage, ahead of the proscenium, to perform Wolf’s music. This gave the strings a presence they would likely have not obtained farther back on the stage, where the sound could have easily been dampened by the heavy curtains at the back and in the wings.

The Quartet took up the same position when they returned to the stage with Rex to perform the String Quintet in A minor by Karl Goldmark, a late 19th-century Jewish-Hungarian composer and music journalist.

Goldmark’s chamber music, which shows influences of Mendelssohn, Schumann and some Brahms as well, is rarely heard today, though critically well regarded in his time. It is almost certain this Quintet received its Georgia premiere in this concert — and though unfamiliar, felt well-played.

The concert concluded with the Concerto for Piano, Violin and String Quartet by Ernest Chausson. “Concerto” is really a misnomer for this four-movement work. One could say it is really more like a sextet, but with prominent violin and piano parts, played by Coucheron and Stepanova, that were more or less accompanied by quartet.

Aside from the full ensemble playing together, there are extensive passages in the work for solo violin and piano duo only, and there are others without the solo violin, which are effectively a piano quintet in musical character.

Only for a few measures here and there was the Amernet Quartet heard on its own, making very direct musical statements together when they did. In that respect, it was a curious but fascinating chamber work, marked by a rather persistent intensity throughout and ending with a bang.

The festival’s final classical chamber music concert will take place Sunday afternoon, featuring the Dover Quartet, plus Rex as guest, but will take place at Covington United Methodist Church in Covington — about 25 miles closer to Atlanta via I-20.

In addition, it is worth noting that Rex has developed a bit of sideline reputation as a visual artist. Some of his works are on display through this Saturday at the Vason Gallery in Madison, along with works by Shannon Candler, Dinney Harper Addison and Lee Harper Vason — the last best known to Atlanta’s long-time dance aficionados for her work as choreographer.