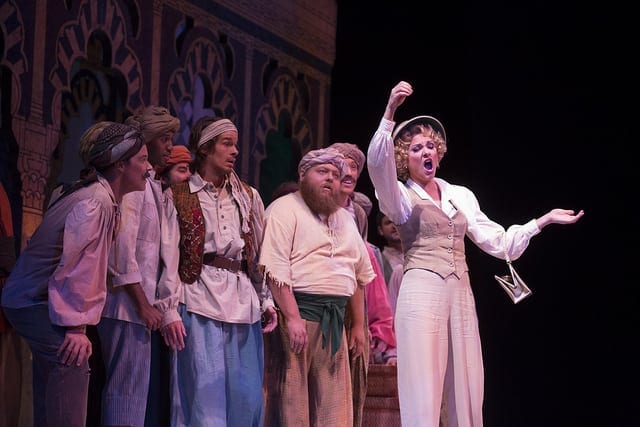 Review: Atlanta Opera’s “L’Italiana” is not only the hit of the season, but one of its best ever 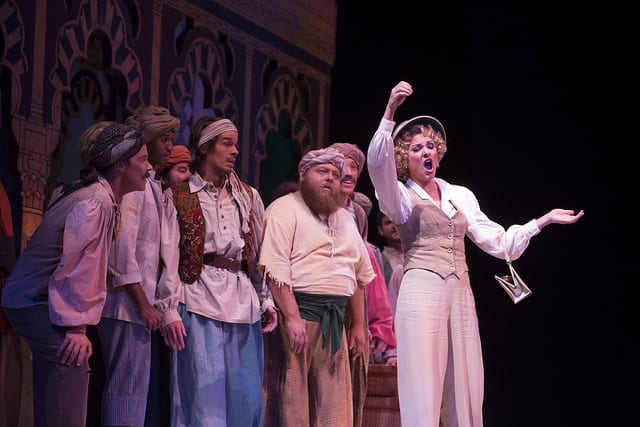 It is fitting that Rossini’s “The Italian Girl in Algiers,” the Atlanta Opera‘s final production in a season assembled by former General Director Dennis Hanthorn, arrived as a whimsical, crowd-pleasing staging of a true operatic rarity.

Hanthorn’s sudden departure last August has been linked to his determination to give Atlanta something besides a steady diet of warhorse operas. This is difficult to do for a company that struggles with a modest $5 million budget and a season of only three operas, but Hanthorn argued that it was an essential part of a strategy to expand the company’s audience. The board saw things differently, and board Chairman William E. Tucker said, “Atlanta is a conservative town, and we like conservative things.”

Senior managers have run the company as the months dragged on without a leader; it was announced last week that Tomer Zvulun, a young stage director, had been hired as the opera’s new head. But opera has a long horizon, and the 2012-13 season had been assembled and cast by Hanthorn before his departure. So “L’Italiana,” as it is often called, serves as a sort of belated farewell.

The libretto revolves around an Italian girl, Isabella, who is shipwrecked in Algiers and who quickly becomes the target of Mustafa, the local bey, or governor, intent on adding her to his harem. This being opera, her Italian boyfriend, Lindoro, has managed to wind up in the very same place and is the bey’s slave when she arrives. Their escape involves a series of comic twists and subplots.

“L’Italiana,” completed in 1813 when Rossini was only 21, is a farce written according to the bel canto requirements of the period, which included extended arias and ornate embellishments. Modern audiences sometimes find it difficult to sustain interest in the elaborate vocal format, and the plot can seem a bit silly. But a great production can sometimes change the entire chemistry in the opera house, and that’s just what happened when Ed Hastings’ production arrived at the Santa Fe Opera in 2002.

Seeing it that season, I had that “wow” sensation that something big was going on. Hastings and his team had found a way to breathe life into “L’Italiana,” updating it to the 1920s, turning the shipwreck into a plane crash and making the heroine a sort of Amelia Earhart. The unit set, designed by Robert Innes Hopkins, resembled a children’s “pop-up book” and included a realistic biplane. David C. Woolard’s costumes ranged from flapper outfits for Isabella to comic caricatures for some of the zanier scenes.

Updating is now common practice, and there was really nothing revolutionary about the New Mexico production. It’s just that it was all done with such finesse and such striking scenic imagination. The details were right, too. For example, Rossini’s Isabella was modern and independent far beyond her era, and Earhart is an ideal parallel for her.

In the decade since, that production has traversed the opera world, delighting audiences everywhere and single-handedly generating a revival of interest in “L’Italiana.” And now it has landed in Atlanta, with Helena Binder taking over as stage director. 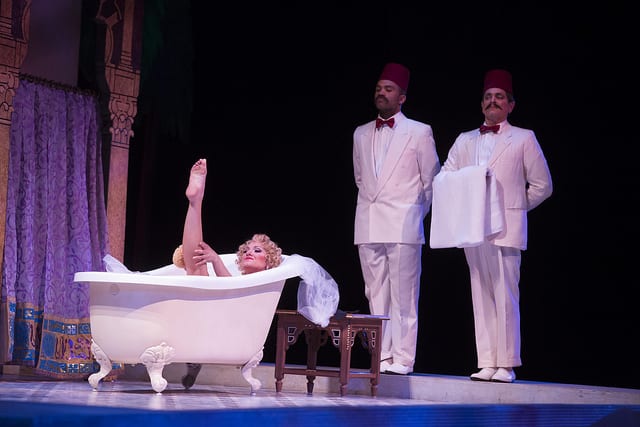 Production values notwithstanding, opera is about singing, and here the news is mostly positive. The mezzo-soprano role of Isabella was performed by Sandra Piques Eddy in a tour de force that combined a dark, resonant voice, solid bel canto technique, comic talent and scenery-chewing stage presence. It helps that she’s a looker, of course, and here she became a credible, highly feminine version of Earhart.

Tenor Michele Angelini, who sang Lindoro, looks great and shows promise, but there were dry patches in his upper register and a lack of sureness in the rapid divisions that his role requires. As Mustafa, Turkish bass Burak Bilgili had the right thundering presence, but there was an unfocused quality to his sound.

Italian bass-baritone Bruno Practicò turned in a magnificent comic performance as Taddeo, an older admirer who has escorted Isabella on her excursion. Soprano Ashley Emerson was solid in the somewhat thankless role of Elvira, Mustafa’s wife. And mezzo-soprano Maria McDaniel was an excellent Zulma, Elvira’s attendant.

Atlanta Opera Music Director Arthur Fagen used a wide range of tempi, especially fast in the rapid-fire passages. This led to occasional coordination issues between stage and pit. But there was a nice old-fashioned, authentically Italian rum-tum-tum sound from the orchestra.

Binder’s stage direction struck the perfect balance. There is a temptation to go overboard in this sort of opera, with all sorts of mugging and cheap tricks. Binder avoided that trap while guiding her young cast through scenes of genuinely creative comic maneuvers.

All in all, “L’Italiana” is the surprise hit of the season, and one of the finest achievements ever for the Atlanta Opera. Perhaps its success will lead the company to rethink its hard line on repertoire.