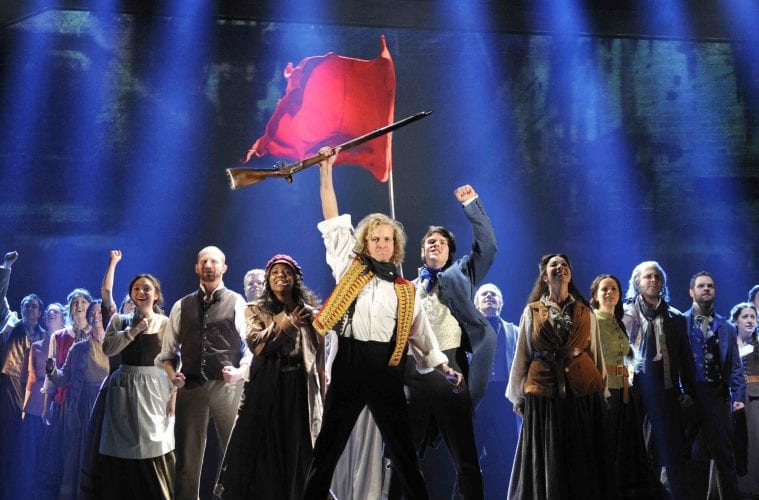 Review: For better and for worse, “Les Miserables” returns to the Fox for its 25th anniversary 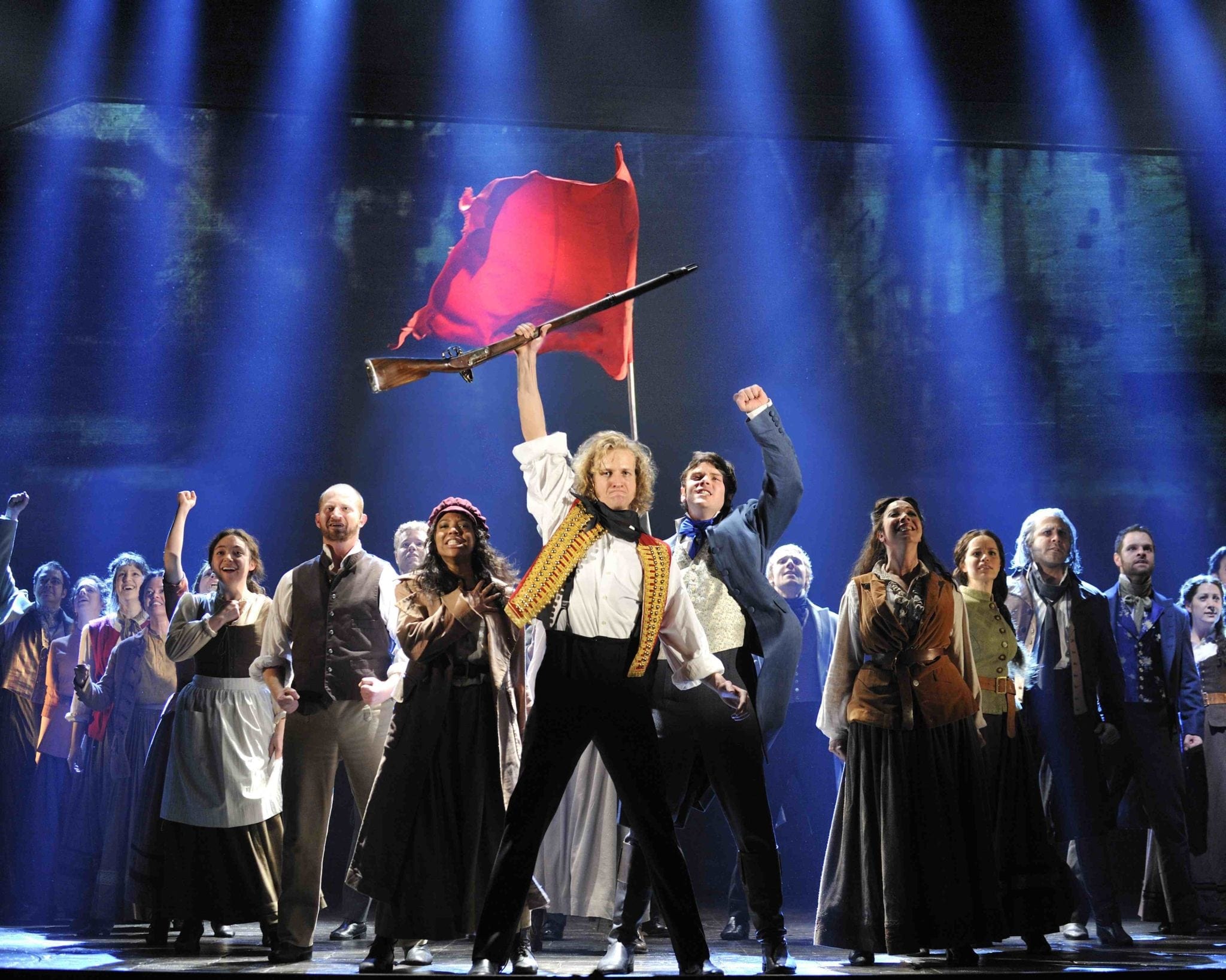 This version of "Les Miserables" includes cutting-edge staging that makes it a visual treat.

For its 25th-anniversary production, “Les Miserables” has been given a major makeover. Out with the old: the large revolving turntable that slowly spun the chorus and some of the sets is gone. In with the new: a series of black-and-white digital backdrop projections, based on Victor Hugo’s own drawings, add a cinematic feel and give a sense of movement in several scenes.

But at heart, for better and for worse, this is still “Les Miz,” the bombastic and melodramatic crowd pleaser with a lot of heart that is full of huge gestures and shouting rather than subtlety and singing. It’s playing at the Fox Theatre through April 29.

The musical, based on a French pop opera album by Claude-Michel Schonberg (music) and Herbert Kretzmer (lyrics), which was based on Hugo’s massive 1862 novel, was adapted by producer Cameron Mackintosh and opened in London in 1985 to mostly negative reviews. But the people loved this musical that celebrates “the people,” and have ever since; a “Les Miz” crowd feels more like a cult gathering than a typical Broadway audience.

So, once more onto the barricades and into the sewers. Briefly, “Les Miz” follows the life of Jean Valjean (Peter Lockyer), convicted of stealing bread to feed his sister’s family. Breaking parole, he becomes successful; cares for Fantine (Betsy Morgan), a good girl forced into prostitution; becomes guardian to her daughter, Cosette (Lauren Wiley); and gets caught up in a Parisian student uprising. Meanwhile, the obsessive cop Javert (Andrew Varela) pursues him relentlessly.

Because the entire show is sung, with no dialogue, there is little opportunity for setting up the characters and situations, and not a lot of nuance. Schonberg’s music plows ahead relentlessly, and Kretzmer’s lyrics rarely sparkle. (In his autobiography, Stephen Sondheim writes about all the lyrics he discarded over the years because they were too facile; I suspect this is where they ended up.)

Fans seem to enjoy that relentlessness, but “Les Miz” needs to slow down and take a breath more often. The signature scene — Valjean on the barricade, softly singing the plaintive prayer “Bring Him Home” — works so well because we are finally in touch with deep emotion conveyed by a beautiful melody, rather than being hammered by songs that sound more like shouting matches.

About that famous barricade: it’s magnificently realized in this production, as are all the sets by Matt Kinley. But I would bet that even some die-hard fans have no idea why the students in “Les Miz” are fighting. No, it’s not the French Revolution of 1789. Hugo was writing about the June Rebellion of 1832, a blip of French history when yet another group of Republicans, fed up with food shortages, used the death of a popular leader as an excuse to stage a minor “rebellion” that lasted two days before it was put down. Good luck figuring out any of that during the show.

A final note, and then fans can start firing away at me in the comments section below. The three-hour show starts precisely at 8 p.m., not the five to 10 minutes late that is typical at the Fox; on opening night, a lot of folks were seated late amid some chaos. Do yourself a favor and be on time.