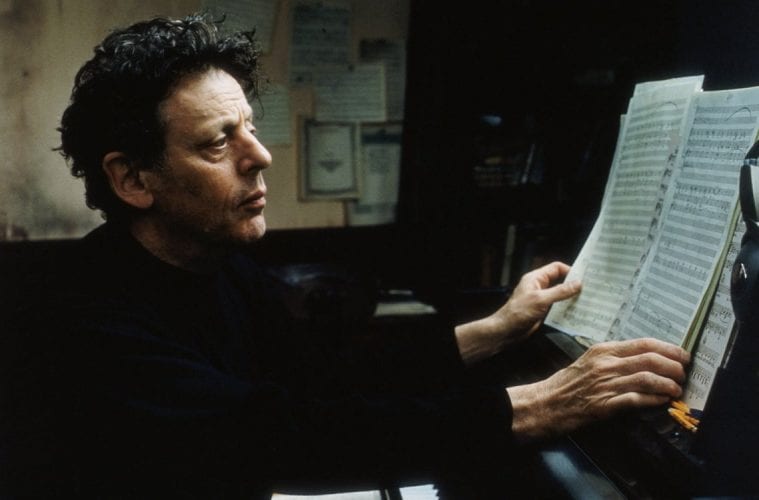 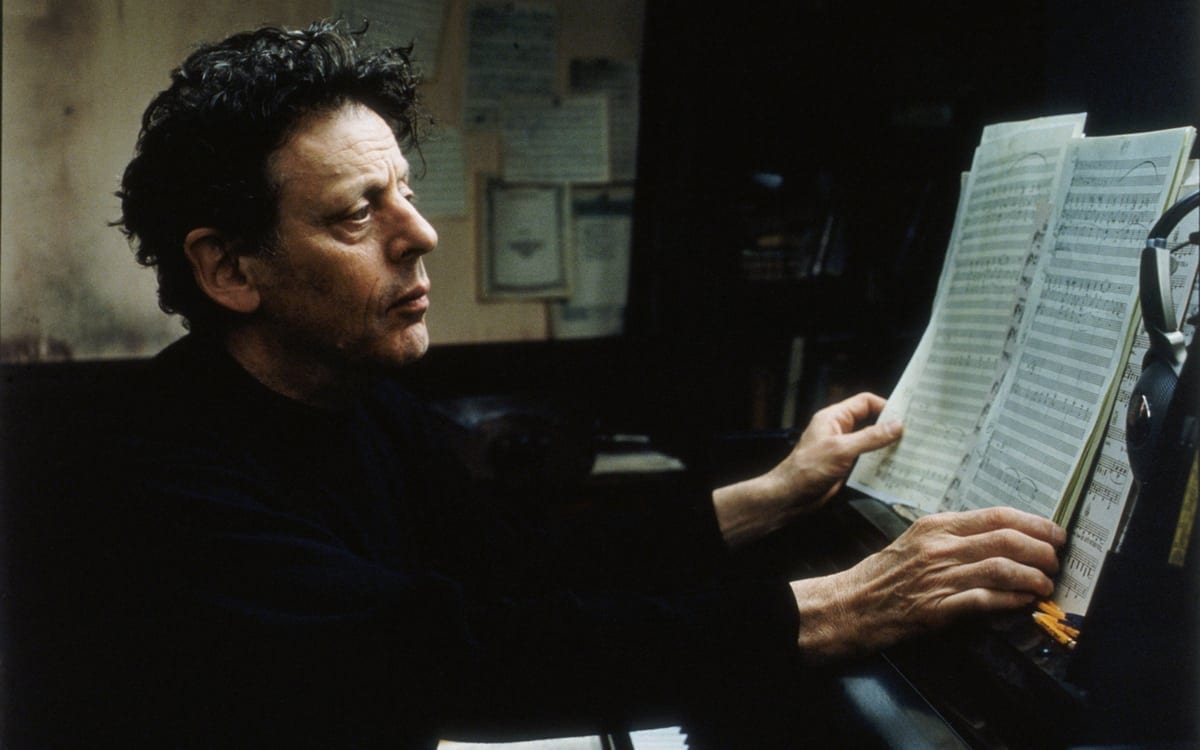 Glass opened the program on solo piano with “Mad Rush,” a 1979 piece that was first performed by the composer on pipe organ on the occasion of the Dalai Lama’s first public address in North America, in fall 1981 at the Cathedral of St. John the Divine in New York. The current title, “Mad Rush,” came from later use with choreography by Lucinda Childs. In 2008 Glass played it again at the cathedral, but on piano, saying, “I’ve become very comfortable with this as a piano piece.”

“Mad Rush” was Glass’ most thoughtful and compelling piano playing all evening, and the engaging performance set a tone of high expectation for all that came after.

Significantly, “Mad Rush” was the earliest composition on the program. Glass dislikes the term “minimalism” applied to his work, but accepts it for his music up through 1974, when he finished “Music in Twelve Parts.” It would be another five years before he penned “Mad Rush.” In between, he began to reincorporate harmonic progression with rhythmic practices he had developed over the previous decade. He prefers to describe himself as a composer of “music with repetitive structures.” He also deigns to call himself a “Classicist.”

That was given credibility when Fain came on next to play one of the two most recent works on the docket, the “Chaconne” from the Partita for Solo Violin that Glass wrote for Fain in 2010. In the context of the partita, the “Chaconne” is divided into two parts, but they are played together when it is played as a stand-alone. Allusions to the manner of the solo violin partitas of J.S. Bach are audible, and Glass noted a debt of inspiration to them.

Fain frequently performs in recital with Glass. For locals who had not heard him, either in recordings or when he made his Atlanta debut on May 5 at the Schwartz, this performance of the challenging, technique-defying “Chaconne” revealed the tall, lanky Fain to be a bona fide virtuoso.

Glass then returned to play two short piano pieces back to back: “Metamorphosis No. 4,” from 1984, and Etude No. 2 from 1994. They came across as the least interesting selections on the program. For Glass as pianist, these pieces were a caveat that not all would go the way of the opening “Mad Rush,” as they seemed lackluster by comparison.

The first music that Fain and Glass played together was three pieces from music that Glass wrote for a 1989 production of Jean Genet’s last stage work, “The Screens.” The darkly lyrical, pensive lines for violin were underscored by relatively simple piano accompaniments.

It was here that one could see that Fain and his violin were “wired”: a thin cable attached to the chin rest ran to a transmitter somewhere under his coat. It was not a complete surprise, except that there were multiple microphones on the stage and two short stacks of black speakers.

The sound system played a direct role in “Wichita Vortex Sutra,” from the chamber opera “Hydrogen Jukebox” (1990), a collaboration between Glass and Beat poet Allen Ginsburg. The text, from 1966, reflects Ginsburg’s anti-war sentiments. The two performed it together as speaker and pianist, and Ginsburg wisely made a recording of his speaking part “just in case” Glass ever needed it. Ginsburg died in 1997. About 10 years later, Glass remembered the existence of the recording and began to use it in new performances.

Aside from the hymnlike opening and its later return, Glass’ performance simply didn’t rise to a captivating level, something not helped by occasional difficulty of understanding Ginsburg’s words in the bass-rich amplification.

The final listed work was “Pendulum” (2010), an energetic piece exhibiting a good dose of bravura and originally written for a trio of violin, cello and piano. Glass and Fain rearranged it for violin and piano. In this short work the promised energy and engagement returned, and they would remain through the two encores.

For an encore, Glass performed a solo piano version of “Closing Music” from his 1982 “Glassworks” album, which first brought him to wide attention. Then Glass, seated on the piano bench, listened while Fain performed his encore, a sizzling violin solo from Glass’ opera “Einstein on the Beach.”

The audience, clearly Glass fans, showed hearty approval throughout, with ovations which increased in the last few numbers, with one man inserting loud, booming shouts of his enthusiasm amid the general applause.