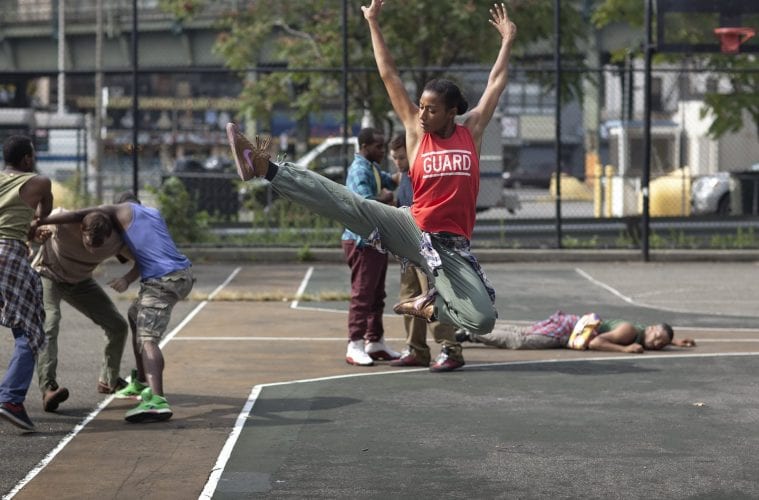 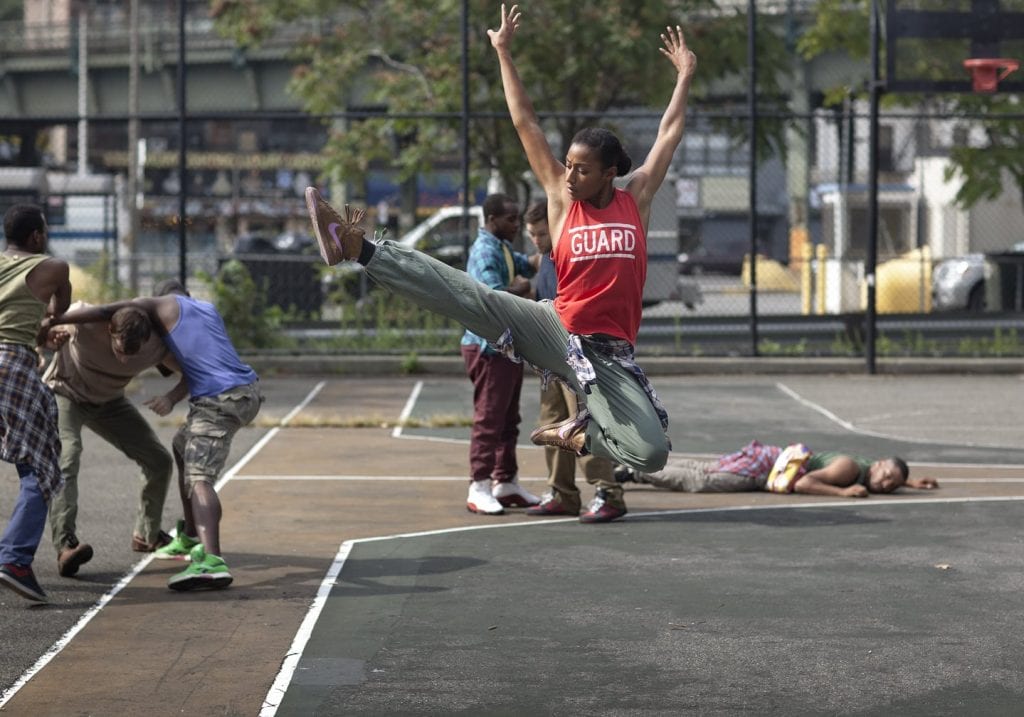 Kyle Abraham’s Pavement suggests that black culture is at a crossroads. Although many black men and women are increasingly successful in life, many of the issues they face in achieving their aspirations are still marginalized or ignored. Pavement, performed by his company, Abraham.In.Motion last Friday at the Ferst Center for the Arts, tackles issues black men face and the ever-present oppression they endure.

Pavement boldly brings to the forefront a myriad of topics including oppression, self-hatred present in black culture, and the invisibility of black issues in a white-dominated society.

Right from the beginning of Pavement, Abraham establishes distinct and vivid boundaries between the roles of black men and those of white men. As the piece begins, a lone black male dancer clad in cargo pants and a red flannel shirt enters a sparsely set stage, adorned with a lone basketball hoop. Another dancer joins and they rhythmically shift their weight from foot to foot, bouncing and grooving. A white male dancer struts into the space and grabs one of the black dancers, forcing his hands behind his back and compelling him to the ground in a position reminiscent of being arrested.

As the section continues, the white dancer vacillates between the two black dancers continually pushing them back down each time they try to stand back up. Over time, after being repeatedly forced down, the black dancers cease their struggle and are left on the ground.

In this initial scene, the color lines are clearly drawn, with the white dancers in the position of the oppressors. As the piece continues, however, color lines begin to blur and are redrawn multiple times as the oppressor/oppressed line becomes more nebulous. Just as often as one dancer puts another into the “arrest” position, other dancers willingly assume the position. This self-oppressing action evokes and references the self-hatred often present within black culture. This issue — discussed recently in Orville Lloyd Douglas’ article in the Guardian, in which black men and women internalize the negative views of black culture from the standpoint of a white-dominated society — is a recurring theme in Pavement.

Abraham also points out the seeming invisibility of issues faced by black culture. After being forced to the ground, Abraham remains on the ground with his hands behind his back even as the section ends, the piece continues and the other dancers move on. He is unacknowledged and alone, forgotten for several more sections. This invisibility re-manifests in the middle of the piece as Abraham, standing alone in the back, asks for help from other dancers sporadically crossing the stage. The requests, at first humorous — “Hey man, are those Cool Ranch Doritos? . . . Can I get one from you?” — are ignored.

As time goes on, Abraham’s pleas to be seen and heard become more desperate: “Please help me.” Even when he turns aggressive — “Hey man, why you gonna do me like that?” — he goes unnoticed. The black dancers are just as indifferent to him as the white, reinforcing the theme of racial self-hatred while showing that he, like the problems black men and women face, does not exist in the eyes of the community at large.

These issues and more are portrayed through Abraham’s eclectic choreography, which successfully melds many seemingly disparate elements together into a cohesive whole. The movement is a melting pot of modern dance, ballet, capoeira and break dancing with a healthy spattering of pedestrian gestural movement, gleaned, perhaps, from Abraham’s experience growing up in Pittsburgh’s historically black Hill District, and from the film Boyz n the Hood, which inspired Pavement. The sound score includes music of many genres, from hip-hop to opera, overlaid with police and ambulance radio transmissions. While Pavement unabashedly wrestles these many themes and issues to the forefront, it presents no suggestions as to how to move forward.

The piece ends with the other dancers slowly joining Abraham, who is again upstage on his stomach, hands behind his back, laying themselves down in the same position in two piles. The human piles shift as one wriggles out and places himself or herself on top, but no one ever really escapes. Finally, a weighted stillness pervades. They appear trapped together under the weight of one another (and the ever-present issues portrayed). The question seems to be, Where do we go from here?