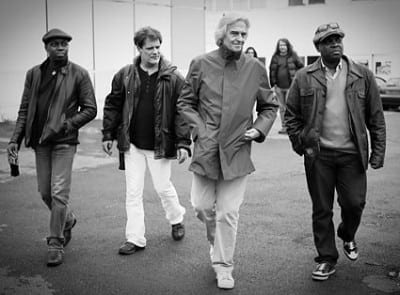 Review: John McLaughlin and his jazz fusion 4th Dimension rock out at Rialto

I have a confession to make: I missed it. Not Saturday night’s performance by John McLaughlin and the 4th Dimension at the Rialto Center for the Arts — I sat through all two hours of the show, which at times took on the appearance of an extended jam session. No, I missed the 1970s, and judging by the largely middle-aged male audience, having lived thorough that era might be a primary requirement for loving fusion music. 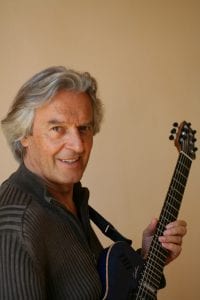 McLaughlin rose to prominence during his stint with Miles Davis in the late 1960s and early ’70s, playing guitar on early fusion albums like “In a Silent Way” and “Bitches Brew.” He continued on the jazz-meets-rock path after leaving Davis’ band, forming the Mahavishnu Orchestra and, later, the acoustic band Shakti. Both ensembles fused Indian classical music into McLaughlin’s evolving fusion mind-set.

His latest group, the 4th Dimension, has pushed McLaughlin’s Indian-jazz-rock hybrid even further, creating an arena-rock identity that perfectly suits the artists’ musical fireworks. The group features Gary Husband, a keyboardist and occasional drummer; Mark Mondesir, the full-time drummer; and Etienne M’Bappe on bass — all capable soloists who know how to rile up a crowd. A listener going into Saturday’s concert with no knowledge of McLaughlin or the other musicians could get a pretty good idea of the 4th Dimension’s musical aesthetic before anyone played a note by looking at the two massive drum sets, array of keyboards and stacks of speakers on stage.

The band performed tunes from its new CD, “To the One,” and a number of pieces from McLaughlin’s earlier days. These songs were in different keys, time signatures and tempi, and they had different melodies and everything else that distinguishes one composition from another, but as the night progressed, each subsequent tune sounded the same. The musicians would play the beginning, solo for a while at a high level of musicianship and technique, and the song would end 10 minutes later after a climactic crescendo. 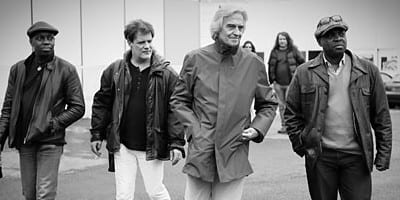 McLaughlin is certainly a name etched in the tablets of jazz history, but his style differs widely from that of Al Di Meloa and other fusion guitarists. His sound, which is usually distorted, is not buttery smooth; it’s almost chunky, the notes issuing from the guitar in bursts of distorted grit. McLaughlin’s lengthy runs are much easier to follow without the distortion because listeners can differentiate the notes and appreciate what he’s actually playing. The guitarist also knows how to shape a solo, building a few deliberate notes and, perhaps, a developing rhythmic pattern into a flurry of phrases, setting off for the stratosphere at a mind-numbing pace.

Unlike their leader, McLaughlin’s bandmates simply launched into note-heavy diatribes aimed at stupefying an audience anxious to be entertained. M’Bappe’s first chance to reveal his considerable chops came during “Recovery,” the third song of the evening. He played at a blazing speed, spewing forth notes and notes and notes. While he’s a very talented musician, his improvisations were packed with noodling for the sake of noodling. On keyboards, Husband deftly created synth backdrops for the band and nimbly switched among his array of keyboards when it was his time to shine.

The centerpiece of any arena show is the massive drum solo. On Saturday, there were four lengthy ones and a million smaller drum breaks. The first spotlight occurred during “The Fine Line.” Husband took to his drum set (a modestly apportioned rock kit) and battled the regular drummer, who was armed with five cymbals, an array of toms and a double bass pedal. Fusion is a music that deals in flashy solos, and this drum exchange lived up to that premise, with each artist pounding out meandering rhythmic patters, sliding across toms in rapid descent and using cymbals for a sonic splash. I was transported immediately to Garth Algar’s mega-rock drum solo in “Wayne’s World.”

Extended, play-everything-you-can improvisations might be fun for the musicians, but they become self-indulgent to the audience after a while. There were awe-inspiring musical moments aplenty — a blistering unison between bass and guitar, for instance — but it became one big series of highlights without any real substance.

4th Dimension is a band full of superb, utterly impressive musicians. Most people left the auditorium on a high, either from being transported back to their college days or quite simply as a side effect of two hours of musical candy. I came away from the show knowing full well that I  need to attend fusion shows only once every blue moon. But the audience clearly loved every bit of it, and that’s really all that matters.