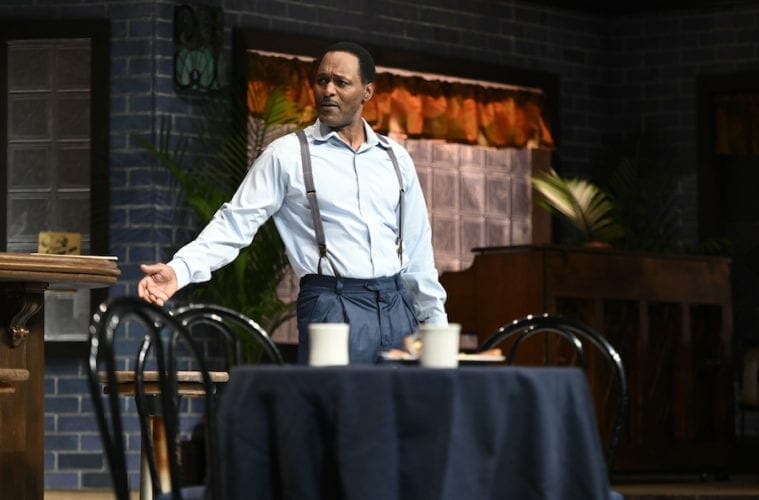 Javon Johnson plays Blue, the conflicted owner of the jazz club Paradise in 1940s Detroit. "Paradise Blue" is one of three dramas in playwright Dominique Morisseau's "Detroit Trilogy." True Colors has now staged all of them. (Photos by Greg Mooney)

Playwright Dominique Morisseau has often described herself as the scribe for her native Detroit. In her Detroit Trilogy, she aims to give voice to the working people who are the heart and soul of the Motor City. In Paradise Blue, set in the 1940s, Detroit’s historically African American Black Bottom neighborhood is on the verge of gentrification. Blue, whose club, Paradise, has been a mainstay since his father opened it decades earlier, must decide whether the demons he’s fighting and the check the city’s offering are enough for him to walk away. True Colors Theatre Company’s new artistic director, Jamil Jude, directs Paradise Blue (at the Southwest Arts Center through October 20).

Morisseau’s trilogy is partially inspired by the formidable August Wilson (1945–2005), who wrote a play about the African American experience in Pittsburgh for every decade of the 20th century. True Colors has produced many of Wilson’s plays over the years and is the first theater in the country to produce Morisseau’s entire Detroit Trilogy. Like Wilson, Morisseau has been one of the most-produced playwrights in the country for the past few years, according to American Theatre magazine. 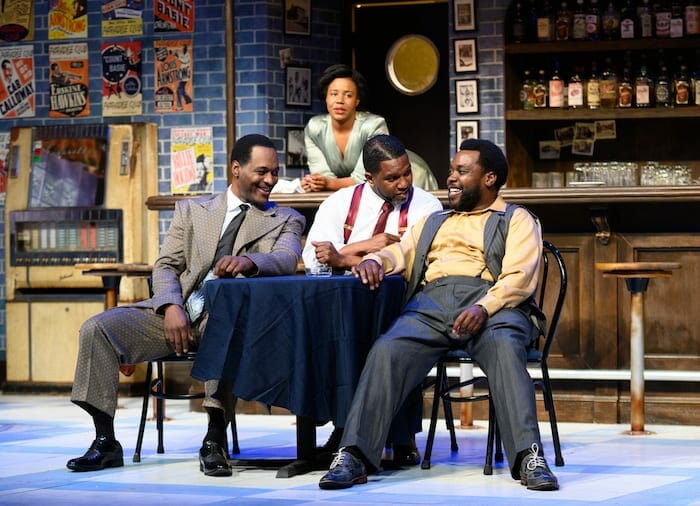 Of the three Detroit plays, the structure and character development in Paradise Blue resemble Wilson’s style most closely. Blue (Javon Johnson) is a man who comes off tough at first but is deeply haunted by a tragic incident from his past. Always nearby is his girlfriend, Pumpkin (Cynthia D. Barker), who’s battling demons of her own. Fellow musicians Corn (Keith Arthur Bolden) and P-Sam (Enoch Armando King) are there to challenge Blue’s moral ambiguities and provide comic relief. (King is right at home with this material since he appeared in True Color’s stagings of Morisseau’s Detroit ’67 and Skeleton Crew.)

The wild card in this line note is Silver (Tangela Large), a sultry stranger who blows into town and sends everyone into a tizzy.

Morisseau has created a world all her own, one in which she explores gentrification, classism and trauma within the African American community. Set designers Isabel and Moriah Curley-Clay rise to the occasion by crafting a beautiful space for Blue’s club. Cubed, frosted glass windows sit inside blue, exposed brick walls. They’re adorned by posters of Louis Armstrong, Billie Holiday and Count Basie. It feels like another time, which is exactly what Detroit’s Black Bottom neighborhood was.

In the first half of the 20th century, Black Bottom and Paradise Valley were the names of two historically black residential and business districts in Detroit. Residents were forced out when the areas were demolished for urban renewal in the 1960s. In many ways, Detroit’s current economic crisis can be linked to the destruction of this area because it displaced so many people. For jazz musicians like Corn and P-Sam, Black Bottom represented freedom from entering through back doors to play the standards in white bands. 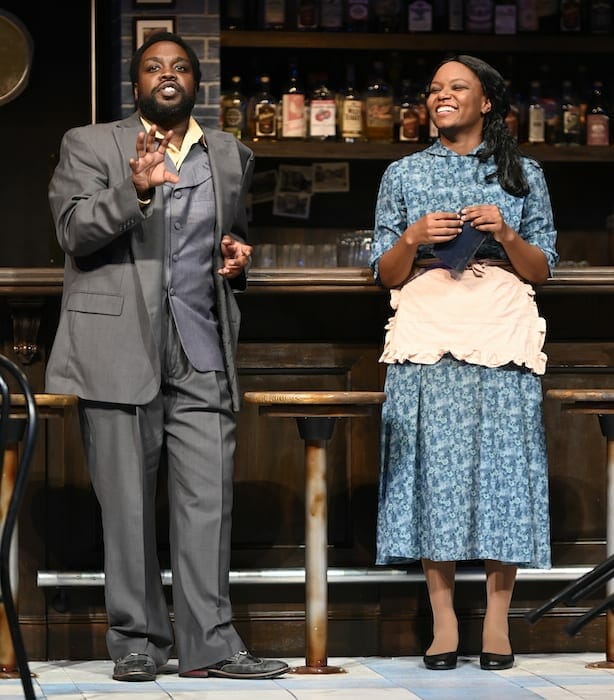 This is a legacy, however, that Blue doesn’t want to carry. The performances here are good, but I wish Johnson found more places to go in exploring Blue’s demons. He starts off desperate and stays there, but fear, anger and sadness are all in the script.

The melodic language that Morisseau gives to everyday black people — in this case, jazz musicians — is as rhythmic as the music itself. The jazz underscoring scenes lends it the suspense of a murder mystery and adds an extra layer of intrigue.

On the surface, this drama seems like it’s about the men and their foibles, but look closer and it’s clear that the women take center stage. It’s easy now to laugh at a woman screaming at the sight of a gun or at skepticism toward women who choose to be single. But most of our grandmothers had very few options that allowed them to have financial independence and dignity.

Barker as Pumpkin seems like a woman easily led, but she’s smart, reciting stanzas from Harlem Renaissance poet Georgia Douglas Johnson. Large as Silver is slinky, sexy and not to be messed with. In the same way that Shug gives Celie the courage to stand up to Mister in The Color Purple, Silver tries to be a guardian angel for Pumpkin.

One of the most poignant things about this drama is that these are gallon-sized people in pint-sized circumstances. Life throws blows at everyone, but the thing that director Jude and this cast capture so well is the way in which racism exacerbates everyday drudgery. Recent articles report that Detroit’s Black Bottom neighborhood may see another heyday. Let’s hope its future fares better than the people in this searing script do.