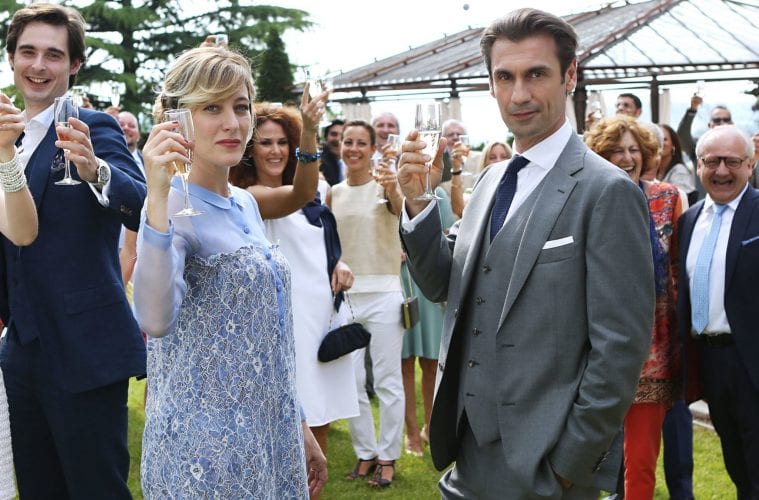 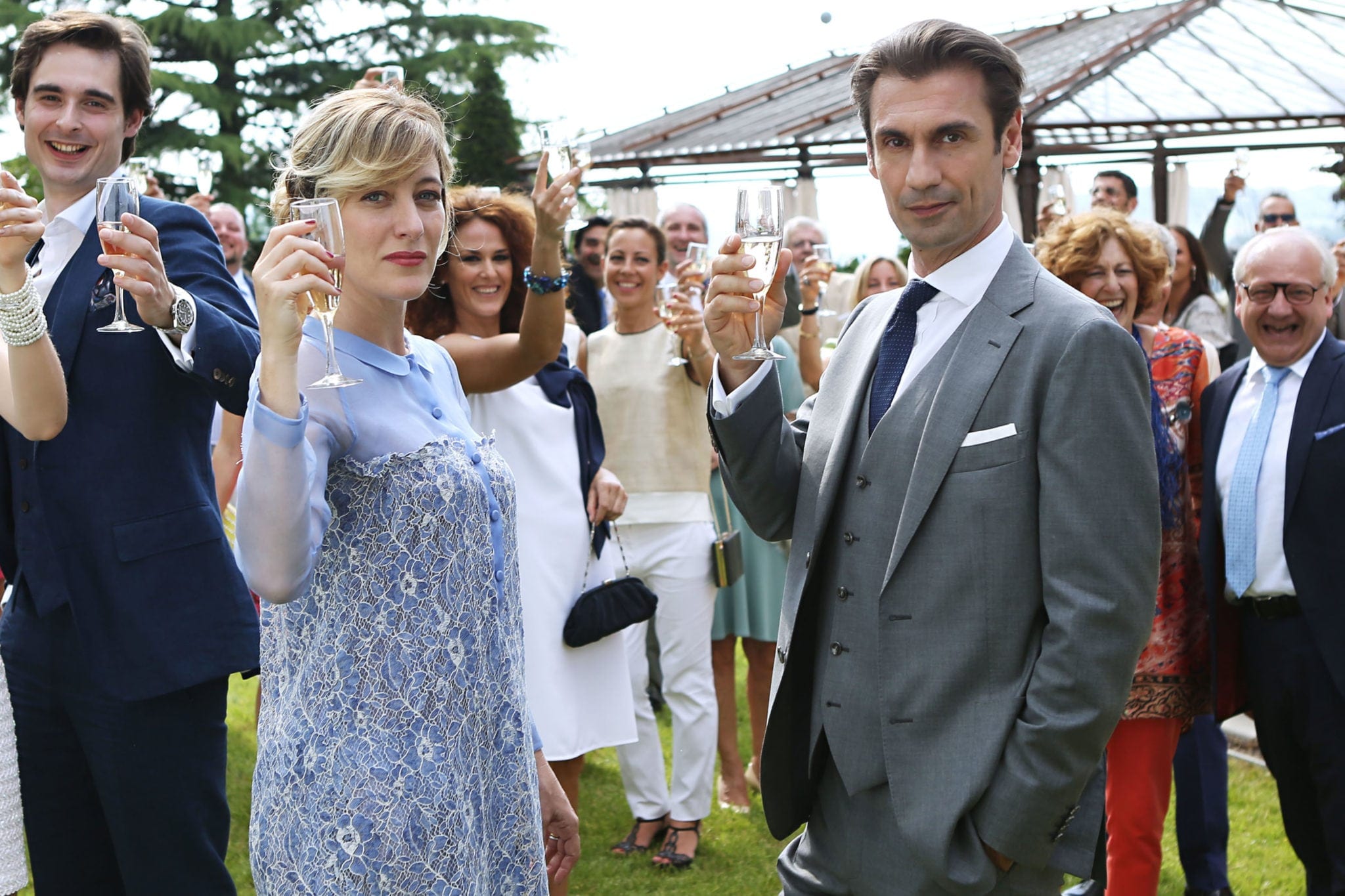 What would you do to protect your loved ones’ best interests? That’s a question facing the characters in Human Capital, a twisty Italian drama about two families whose fates are, almost literally, on a collision course.

That collision happens in the opening minutes. After serving guests all evening at a gala dinner, a Milanese waiter hops on his bike and pedals the wintry roads toward home. However, an SUV bangs against the side of his cycle, flinging him into a snowy ditch. Before we can get a handle on what we’ve just seen, the movie rewinds to the summer, six months before the event.

Unaware he’s being tolerated as a sort of amusing bumpkin by Giovanni and his fellow money men, Dino decides all he needs to earn this sort of luxe lifestyle is to hand Giovanni all of his savings to invest. Yes, he’s an idiot. If Tedeschi’s fluttery Carla reminds you of Cate Blanchett playing Blanche-DuBois-meets-Ruth-Madoff in Blue Jasmine, you’re on the right track.

The film, directed by Paolo Virzi, leaps forward again to December and events around the biking accident. That’s not the last of its time shifts. Divided into three chapters, Human Capital recounts the same events from the differing perspectives of Dino, Carla and Serena. This isn’t Rashômon; the storylines don’t flatly contradict each other. But the succeeding points of view reveal more, often surprising information that deepens our understanding. Nothing is quite what it seems. The movie ultimately becomes a meditation on the tension between competing values: emotional versus economic.

The crisis involving the sideswiped cyclist comes into major play in the Serena sequence, which reveals the girl’s relationship with an entirely new character, a young artist named Luca (Giovanni Anzaldo). As the chapters before it did, this one completes yet also complicates our view of what exactly happened on that snowy road, who is responsible, and who — guilty or not — is likely to take the blame.

Incidentally, one of the six mini-movies comprising the upcoming Oscar-nominated Argentine film Wild Tales has a hit-and-run plot line that shares some of the same socioeconomic ideas and plot points here. Speaking of Oscars, Human Capital was Italy’s official submission to the academy for best foreign feature. It didn’t make the short list, but that’s not a swipe against its quality. This is a strong, compelling film; it just doesn’t quite hit the level of transcendence or revelation it seems to be seeking.

In a generally strong cast, Tedeschi is the standout. An eager-to-please trophy wife, she wants to give back to the community. Like many well-meaning people with money, she thinks it would be great to restore an old theater and revive its repertory company. She doesn’t expect that gathering actors, academics and businesspeople together to form a board is much like hosting an egotists’ convention. (The meeting at her home doesn’t add much to the overall movie, but it’s a shrewd, funny scene.)

Ultimately, I had a major caveat about Human Capital. By the end, it’s clear that the husbands of the two households are largely responsible for just about everything that goes wrong. Fine. The problem is, the men are despicable, each in his own way: Giovanni a swaggering bully and Dino a toady and fool. Neither has the complexity of the other characters, and that weakens the movie.

Still, any current film that aims for complication and a broadening of perspectives is worth a look. By the final credits, the movie reminds you of what another writer-director Jean Renoir famously said in Rules of the Game: no matter how bad someone’s behavior may seem, “Everyone has his reasons.”