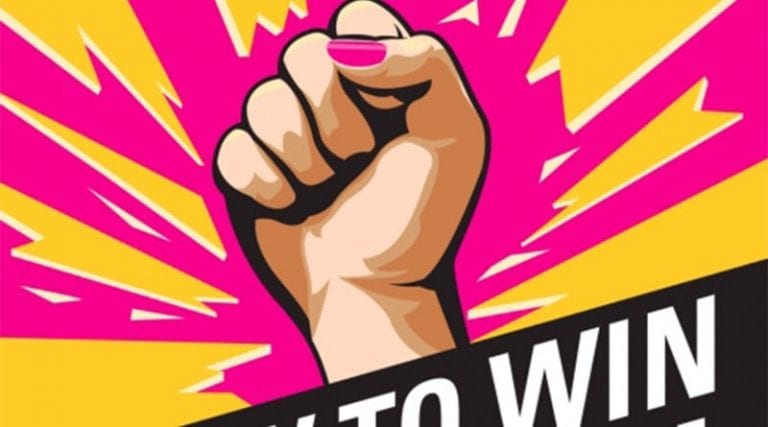 Review: “How to Win at Feminism” leaves us at a loss

I am trapped in a love-hate relationship with Reductress, the online publication founded in 2013 with the slogan “Women’s News. Feminized.” Somebody once forwarded me an article from the site that was pretty funny, and after clicking around to determine whether the whole site was similarly on point, I began subscribing to their emails.

To say that Reductress is a feminist version of The Onion is too reductive. Some sample headlines for you: “8 Women Share Their Worst Dating Experiences and All of Them Were With Brian,” “The Best Workout Clothes to Take Long Fitful Naps In,” and “100 Acts of Self-Care that Still Won’t be Enough to Get You Through the Election.” After enjoying the email list for more than a year, I began correspondence with a lovely woman at Reductress named Intern who eventually rejected my submissions.

It turns out, I’m too old for them. I’m 35 and embroiled too completely in the cynicism and mortgage payments of Generation X to correctly match the voice of Reductress. As the months slipped by, I realized I had been skimming most of the headlines but not reading any of the actual articles. For me, their headlines contained the entire joke and left no need to excavate further. This is precisely why I picked up their book, “How to Win at Feminism.” My experiences with Reductress convinced me I had somehow missed the point — that I was behind in comprehending the satirical feminist mystique of which Millennials are capable.

From the book’s “Femiglossary”: “Privilege: Not super sure, but your friend Jen keeps asking you to ‘check’ it. Sorry, Jen, we mostly use Venmo!” (16). In the worldview presented by Reductress, the conceptual baggage of whiteness and a method of digital payment are both things that are trending. Neither of them is a source of worry, but the writers will gladly toss up an easy apology for Jen if it makes her feel better.

The voice in this text is strictly for white, femme 20-somethings; however, when the book digs in on intersections of gender with sexuality or race or class or disability, there is some genuine work taking place. For example, there’s a footnote attached to the word “cisgender” that reads, “If you don’t know what this term means, just know it’s referring to you” (36). How to Win at Feminism drops tiny nuggets of the real thing, then smears lip gloss all over it until the book shines with guffaws.

The shine may blind readers to those truth nuggets, or leave them piled high with an existential ick of anxiety over the extent to which women are still oppressed. Personally, my cold sweats began as I turned from page 53 to 54. It was a section on “Feminist Skin Care” with a two-column spread for daytime and nighttime routines. The morning column says things like, “while leaning comfortably over the basin, drape a soft linen towel over your head,” and the nighttime column says things like, “using steel grit you bought from an industrial supplier with a fake name, blast your cheeks.” It was a funny section covering two-thirds of the page, but then when I flipped to the next page, there were the two columns still running on into the abyss of a punch line that was clear from the first 50 words. Is beating a dead horse feminist?

This book covers the primary facets of a woman’s life in several sections: “How to Feminist,” “Feminism: Get the Look!,” “Women at Work!,” “How to Love and Sex,” and “How to Savor Being a Savior.” As I made my way through each chapter, I laughed less and less. For me, the work of Reductress stands at the apex of ironic post-modernity by performing an ugly thing in hopes of showing how we naturally rise above it. What is the word for the feminist equivalent of blackface? This book is closer to Spike Lee’s controversial cult classic Bamboozled than Comedy Central’s honest wunderkind Broad City.

So, How to Win at Feminism does indeed win if the good people at Reductress are delighted that this book made me sick and mad, made me feel old and out of it, made me want to get quickly to the end of it or not dive deep into it at all. Or maybe this is a straightforward, negative review and they are going to be made sick and mad by it; maybe it makes them feel like children patronized by an old curmudgeon who doesn’t get it. For help on this question, I turned to “How to be Feminist Without being Too ‘Opiniony’,” which offered this essential question: “You don’t want us to be flagged by men as annoying or unlikeable, do you?” (29).

I often found this book annoying and unlikeable. And I’m a woman. That’s a win for feminism, right? Definitely, go check out Reductress. If you can read the articles and not just the headlines for more than 15 minutes, you might like to read How to Win at Feminism.