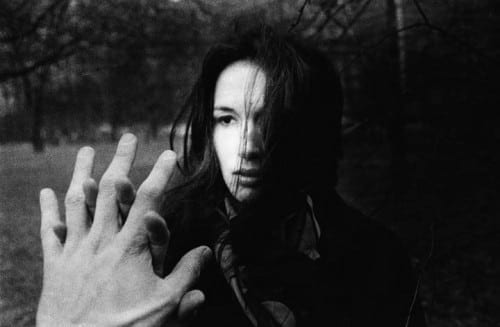 As art and as media — without apology in the case of the former, less so the latter — photographs create meaning through severances. A photograph’s bounding rectangle formulates space by framing it, which is to say confining it within right angles and articulating it by way of optical geometry that lavishes the imagination with a sense of vision beyond what is shown. The space we actually see in a photograph very often implies one we almost see, or might have seen had the “frame” been moved.

Photographs likewise convey time both thievishly and generously, by turns plucking an instant from the flow of instants and prolonging the duration of the visible well beyond the momentary, sometimes toward the epochal or even toward timelessness. Most importantly, photographs sever narrative, showing us the effects of change but not the causes, or the inception of action but not the consequences. Photographs bring us abruptly into the middle of things, and even when they show us what appear to be climaxes, there is neither ascension toward nor descent from their rhetorical intensity. Stories, as photographs give them to us, are without plots.

As much as any American photographer of the generation that came to artistic maturity in the 1970s — a generation in the thrall of the dissimulations with which so-called straight photography is uniquely capable — Ralph Gibson has built a career from a preoccupation with the artistic possibilities of visual severance. The High Museum of Art’s current show, “Quartet: Photographs by Ralph Gibson,” on view through January 22, surveys that preoccupation as it has taken shape over more than 40 years.

The show includes many of Gibson’s iconic images, among them “Hand on Door,” albeit in a print (at left) noticeably darker and more ominous than earlier interpretations of the negative. In the picture, the abruptly truncated black hand, delicately haloed as if by an inner light, is neither quite reaching for nor pulling away from the door, which is not quite open or quite closed. The hand seems as much an emanation as flesh, as spectral as it is fixed and unmoving. In this picture, as in much of Gibson’s art, there is a palpably hallucinatory tension: it isn’t clear whether the photograph leaves the world behind or the world leaves the photograph behind, but in either case, the photograph’s truth is the truth of unexplained remainder.

English does not have a ready word to describe the character of Gibson’s remainder. Begin with the sense of scattered remains implied by the word “debris,” subtract the connotation of waste and destruction, add the sense of distillation from the word “residue” but subtract the implication of the end or completion of a process, add the sense of enduringness from the word “remnant” with a hint of the miraculous as suggested by the word “vestige,” but without the understanding that what appears can really be followed or tracked backward toward what once existed, and you will find yourself somewhere close to Gibson’s sensibility.

In “Mary Ellen and Hand” (below), a woman whose ghost-white face floats in an ambiguous landscape beholds but does not quite participate in the phenomenon of two hands touching. Or she participates but does not quite behold it, if we look at it differently. To whom do the hands belong, and what does their presence signify? Like an answer that changes the question it responds to, there is no meaningful distinction in this picture between an encounter with the world and an encounter with its trappings. Likewise, there is no meaningful distinction between the opaque attributes of the living and the transparent aspects of the dead. The picture induces a mesmeric awareness redeemed by a slight shock or shudder that comes as we recognize that the subject of the picture is not a fragment of thought or emotion gathering toward some implied whole of experience, but, at best, a shard of thought or emotion subtracted from apprehension that will never become experience.

Ghosts and ghost limbs abound in Gibson’s sensibility, usually as graphic proclamations rather than intimations and inferences. It is here that I would locate his signature style. The ghost limb is not what we are given to detect, in other words, but what we are given to see: a contingency abruptly and decisively made manifest. The result is a volatile inertness, and images that are absorbing but not really contemplative, deeply serious but strangely indifferent.

“Quartet” is not a retrospective, but a survey of the High’s extensive Gibson holdings, acquired over the past 10 years with the support of the Kuniansky family. The conceit of the exhibition, curated by the High’s Brett Abbott, is to break Gibson’s oeuvre into suites of four images — wall groupings whose inner logic is sometimes that of a mini-sequence, sometimes a visual conjugation of an idea, sometimes a dialectic of like answers to unlike problems. The foursomes are often illuminating, especially by allowing us to understand the grammar of Gibson’s artistic commitments, the visual equivalencies that permute into core design forms.

For all its elegance, however, the exhibition does not begin to show the form of visual thinking for which Gibson is best known and which makes up his greatest artistic achievement, namely the photographic sequence in the printed book. In particular, viewers lacking familiarity with his work will gain no real understanding from this show of his important explorations into dream states as sustained visual displacements, epitomized in his famous self-published trilogy, “The Somnambulist” (1970),“Dèja-vu” (1973) and “Days at Sea “(1975).

The High’s “Quartet” is best approached as an introduction to Gibson, a digest of his diverse career. With its now significant repository of Gibson prints, I very much hope that the High will take the lead in the long overdue reissue of Gibson’s best-known photo books, and that this exhibition will be followed by another show that will consider his many contributions to the book as a key site of contemporary photographic practice, and many photographers whom his contributions have informed.

Jason Francisco is a photographer who works in Philadelphia, Atlanta and San Francisco. His work can be seen at www.jasonfrancisco.net.