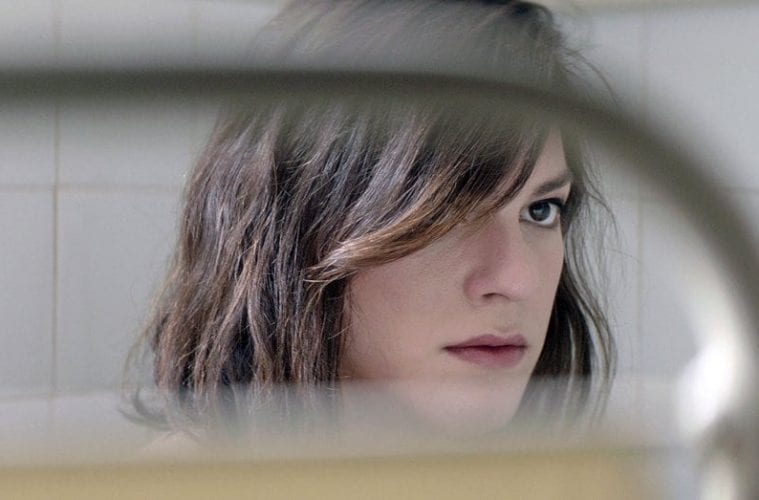 If Michael Haneke names a movie Happy End, you can bet it won’t have one — just as you know to do the opposite every time Donald Trump says, “Believe me.” The writer-director of Funny Games, Caché, Amour, The Piano Teacher and The White Ribbon, Haneke focuses his latest on a wealthy family in Calais. Nominally headed by the aging paterfamilias Georges Laurent (Jean-Louis Trintignant), it’s really run by his daughter Anne (Isabelle Huppert), who’s in charge of the family’s construction business along with her brother Thomas (Mathieu Kassovitz).

Because this is a Haneke family, it’s riddled with problems and secrets, and we witness them through the eyes of a newcomer to the Laurent mansion. That’s Eve (Fantine Harduin), a quiet, moody 13-year-old who lives with her mother, Mathieu’s first wife. When her mom is hospitalized for reasons that may have to do with Eve, the girl comes to live at the main Laurent compound. There, she secretly studies the strange rituals of adults, whether through the lens of her smartphone, or by hacking into her father’s email account.

If Eve is near the start of her life, her grandfather Georges is approaching the end of his, and he attempts (in ways both subtle and blunt) to hasten its conclusion once he realizes his mind is fading. (The threat of dementia and a few lines of dialogue link the character to the one Trintignant played in Amour, another Georges, whose daughter was also played by Huppert.) A breathtakingly hushed, loaded conversation between Georges and Eve near the end of the movie is Haneke at his best. It’s a tantalizing taste of what Happy End might have been, if only the rest of the movie had the same amount of sinister focus. Instead, the writer-director throws in multiple subplots: an accident at the Laurents’ latest worksite, Thomas’s clandestine affair with a classical cellist, Anne’s long-distance relationship with her British boyfriend (Toby Jones, underused), and the general idiocy of Anne’s adult son Pierre (Franz Rogowski), who refers to the household’s cook, Jamila, as “our Moroccan slave.”

Happy End addresses the current immigration crisis in oblique ways throughout, and Pierre’s rude comment is one of the more direct moments. For the most part, the Laurent family’s moneyed entitlement serves as an unspoken sort of damnation. I couldn’t help wishing the movie had brought this sociopolitical background more to the foreground, or let us know a little sooner that its true lead protagonists are Georges and his granddaughter.

Since this is a Haneke film, you can expect provocations. The almost ludicrously obscene sexts exchanged by Thomas and his mistress seem mainly designed to startle the viewer, and so does the on-camera death of a household pet in the movie’s opening minutes. As for the hapless Pierre’s worst-ever karaoke performance of Sia’s “Chandelier,” well, that scene is a unique kind of torture. As usual, the director shoots in long, quiet takes that somehow draw the viewer in rather than becoming boring. Still, overall Happy End plays like a Haneke homage, made by a filmmaker without Haneke’s chilly mastery. It feels off-brand.

By contrast, the much younger Chilean director Sebastián Lelio seems to be finding and deepening his voice. His terrific 2013 film Gloria was about a middle-aged woman trying to start a new life following divorce. A Fantastic Woman, opening February 23, and Oscar-nominated for Best Foreign Language Film, brings interesting changes on a similar situation.

Here our leading lady is Marina (Daniela Vega), much younger than Gloria was, but facing a life-changing event more challenging than divorce. Her silver-haired, older lover Orlando (Francisco Reyes) suddenly dies. Not only is the aftermath complicated because the two weren’t married, it becomes a sometimes nightmarish experience for Marina, because she’s transgender in a macho South American country.

On that thematic level, the movie couldn’t be more timely. But timeliness only goes so far. What distinguishes A Fantastic Woman is the simple power of the storytelling, and the compelling performance at its center.

Most of the movie’s drama plays out on Marina’s face, a visage that’s simultaneously transparent and guarded in Vega’s performance. Marina goes through the world showing those around her respect, but the simmering rage beneath her placid exterior hints that she rarely receives any in return. That becomes palpable when Orlando’s family flocks in: his ex-wife Sonia (Aline Küppenheim), well-meaning brother Gabo (Luis Gnecco) and sneering adult son Bruno (Nicolás Saavedra).

It would never occur to any of these people to ask Marina how she feels in the wake of her lover’s death. In their minds, Orlando’s loss is solely their tragedy. They exclude her from the normal rites of grief — the visitation, the funeral — and the sooner Marina vacates the apartment she shared with Orlando, the happier they’ll be.

Complicating matters is Detective Cortes (Amparo Noguera), a member of the Sexual Offenses Unit who questions why Marina left the hospital following Orlando’s sudden death. Such activity by a “normal” person would be seen as a natural response to shock. But because Marina is who she is, she falls under suspicion. This leads, horribly, to further “professional” inquiries, by both Cortes and physicians.

What’s fascinating about A Fantastic Woman is the way it avoids overly demonizing its characters. Detective Cortes, for instance, is a fascinating example. Simultaneously insinuating and nurturing when she interviews Marina, she’s a solo good cop/bad cop. Likewise, Orlando’s middle-aged brother Gabo does his best, ineffectually, to be kind to Marina. Even Sonia, meeting Marina for the first time during a hand-over of Orlando’s car, struggles with muddied emotions as much because Marina is the other woman who ended her marriage as because of the whole transgender thing. Only the macho, loathsome Bruno is a character lacking dimension.

A Fantastic Woman ultimately succeeds on the strength of Vega’s sympathetic performance. This is not impersonation of a woman, but a woman. In fact, when Marina has to go “undercover” as a man in one sequence, it feels as much a betrayal to the viewer as it must be to her. Director Lelio perks up the movie with shimmers of magic realism. Marina repeatedly sees Orlando’s loving ghost in the distance, and in one scene she walks into a wind so strong, it holds her suspended diagonally above the sidewalk.

I don’t want to oversell A Fantastic Woman. The script is a sturdy, stations-of-the-cross dramatization of the specific challenges a “non-traditional” person deals with every day. Yet it’s also universal. The story is relatable for anyone who has ever, even briefly, been treated as undesirable, or an outsider, and has struggled to maintain a sense of self-worth — in other words, everybody.