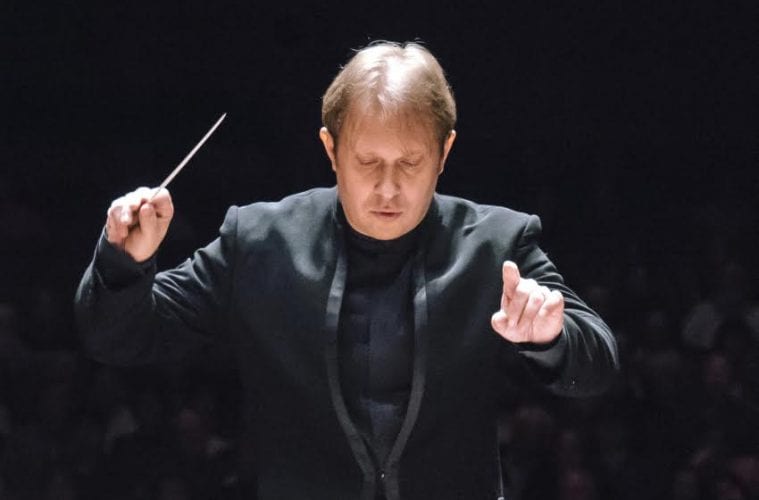 Review: Under conductor Ludovic Morlot, ASO brings in the new year with Strauss and Brahms The complete program will be performed again tonight at Symphony Hall. A shortened version of the program took place Friday evening as one of the ASO’s “Casual Fridays” concerts.

French conductor Morlot made his ASO podium debut in the spring of 2010, with an all-Russian program of Tchaikovsky, Liadov and Prokofiev. In his review of that concert, ArtsATL critic Pierre Ruhe described Morlot as “a work in progress … a conductor with a disciplined baton and a focused and unified interpretation but too little expression, too little musical fantasy.” Ruhe concluded, however, that “Morlot will soon be big time.”

It feels as though Ruhe’s original assessment remains mostly as true today as it did in 2010.

Among his accomplishments with Seattle Symphony, Morlot conducted the premiere and subsequent recording of John Luther Adams’ Pulitzer Prize-winning “Become Ocean.” The recording won a 2015 Grammy Award for “Best Classical Contemporary Composition.” Morlot and Seattle also gave the work its Carnegie Hall debut in 2014 as part of the venue’s final Spring for Music series concert.

Thursday’s program opened with Strauss’ “Overture to Die Fledermaus,” a lively potpourri of tunes drawn from the opera’s three acts, which foreshadows the opera’s action and humorous plot twists. A three-note motif from Act III that opens the overture is heard throughout. Also included are a sweeping waltz from the end of Act II and a bouncy polka from Act I that comes back to bring the overture to its grand conclusion.

Korngold’s “Straussiana” that followed was much more ebullient in demeanor, a rather charming take by the composer on the Waltz King’s music, drawing upon some of his lesser-known tunes on three sections: a polka, a mazurka and a waltz.

The original plan was to next perform Korngold’s brief but virtuosic Cello Concerto, but the soloist — ASO principal cellist Christopher Rex — had become ill earlier in the week and was unable to perform.

Instead, the ASO substituted three of Brahms’ “Hungarian Dances,” as orchestrated by the composer himself — Nos. 1, 3 and 10. The first half concluded with more Strauss: the 8-minute waltz “Wiener Blut” (“Viennese Blood” or “Viennese Spirit”).

Overall, the program’s first half came across more as “light classics” programming in the absence of the Cello Concerto, but the exuberant “Hungarian Dances” were a very good fit, balancing the Strauss. What was missing from this “lighter fare” was a lightness of being. In particular, the waltzes of Strauss lacked that peculiar Viennese quality that makes them Viennese: a slight shortening of the first beat and lengthening of the second to compensate in each bar, something more “felt” by the musicians than counted. When it’s not there, the absence is noticed and the orchestra sounded more square than it should.

After intermission came Brahms’ Symphony No. 3 in F major, Op. 90. Written in 1883 and about 35 minutes in duration, it is the shortest of the composer’s four symphonies but every bit on par with the others in musical substance and expression.

Although it was a bit on the slow side in this performance, of the four movements, the emotionally entrancing third movement is the most memorable. It has made its way into popular culture over the years, having been featured prominently in several films: Goodbye Again (1961), starring Ingrid Bergman and Anthony Perkins; Undercurrent (1946), starring Katharine Hepburn; and the 2013 film Kill Your Darlings. The main theme was the basis of the 1951 Frank Sinatra song, “Take My Love” and also inspired Carlos Santana’s “Love of My Life.”

The final movement ends quietly. But in this performance, rather than the final phrase coming gently and gracefully to its resting place, it seemed to just peter out, leaving a moment of uncertainly before the audience began its ovation. Among high points in the symphony were nice solo passages by principal horn Brice Andrus and principal clarinet Laura Ardan.