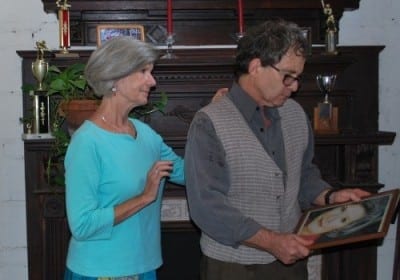 Review: Giving up on life after death in “Conversations With My Wife” at Theatre in the Square

As a love letter to the playwright’s late spouse, Leonard Gross’ “Conversations With My Wife” is a thoughtful success. As theater, it’s a tedious disappointment in its world premiere at Marietta’s Theatre in the Square.

The proof is practically written right into the title, which alludes to a night in a San Francisco condo in which modestly successful writer Sam Green wrestles with the ghost of his late wife, Sara, in full view. For one act and 90 minutes, we get Sam (awkwardly delivered by Theatre Gael artistic director John Stephens) working through the grief over the death of his wife (an engaging Judy Leavell) in about 14,000 words of dialogue. Gross points this out in the program, at his own peril. 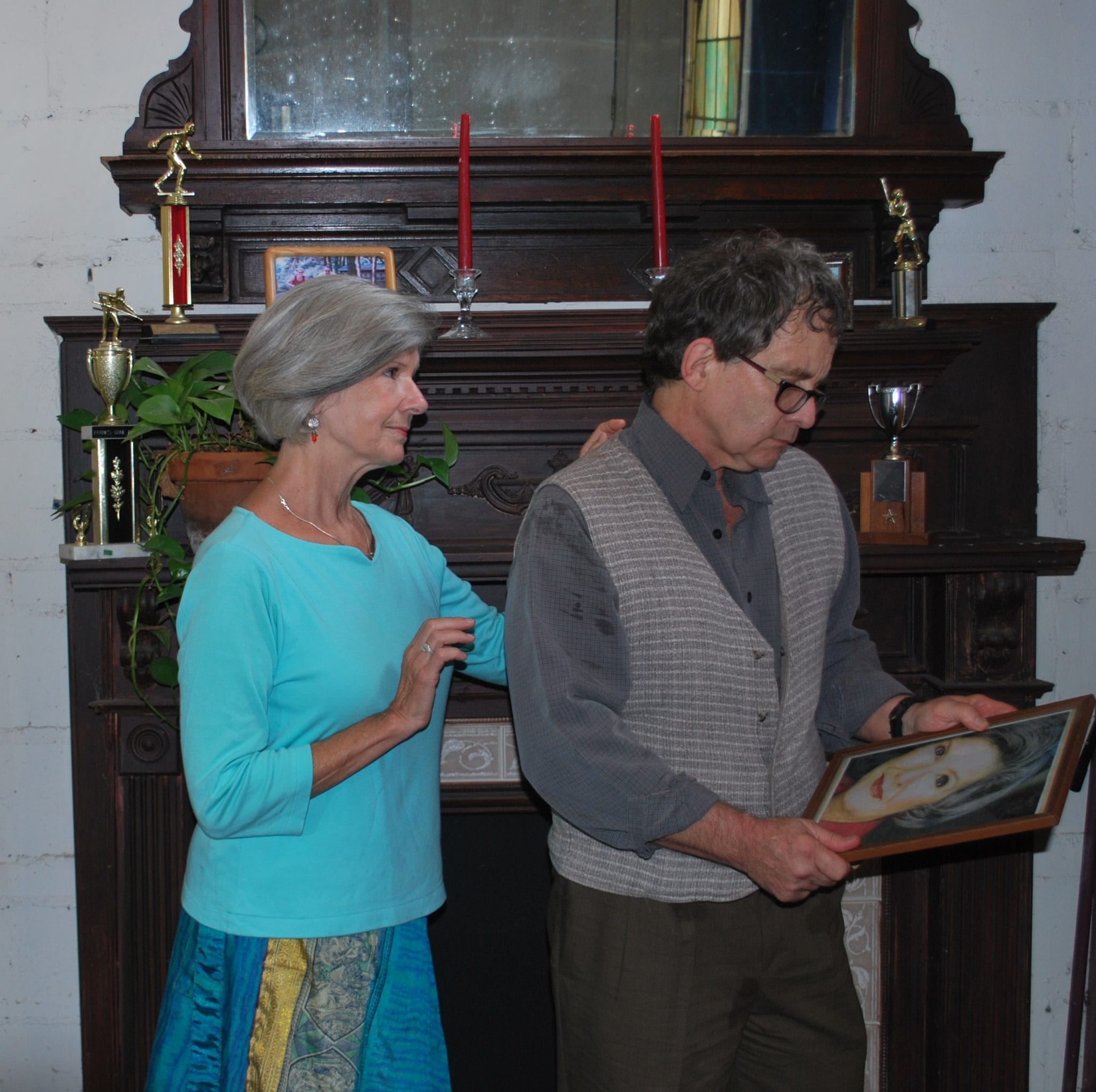 At 73, Sam’s a mess. Seven years after his wife’s passing, all of his writing projects and hobbies have stalled, including his beloved golf, which he’d hoped to parlay into a book called “Shooting Your Age.” He can’t move on, and so Sara appears, however conjured, to help him figure out how, if at all, he can move forward — because all indications point to his giving up on life.

It takes the first 20 minutes of “Conversations” to get to the conversations, because Sam spends the time reading from a kind of diary that recounts Sara’s descent after two horrific strokes. During this phase, Sara appears only in illustrative form, a flashback, at first vibrant and graceful but ultimately a shell. It’s an excruciating dramatic device, and Stephens doesn’t help matters as he limps around the stage, failing to bring his character past a one-dimensional mourner.

A more animated Sara returns for the conversation that might help Sam work through his pain — and only then does “Conversations With My Wife” have any hope of life. That hope lies mostly with Leavell, who on opening night has grasped the nuance of her character and all but leaves her partner behind. As talky as the play is, Leavell tries to find the truth in every line. Never before has a dead person been so needed to liven up the proceedings.

One can’t fault Gross’ intentions, which he clearly states are an homage to his late wife. If the script is accurate, Jacqueline Wagoner Gross was a hell of a woman. The character Sara was alternately a loving wife and mother and became a Ph.D. and author in midlife, all while constantly prodding Sam to overcome his self-doubt to up his literary game. Even now she’s Sam’s editor, correcting his mistaken guilt over her suffering and death.

Early on, Sam quotes George Eliot in his hope that “it’s never too late to be what you might have been,” and in his mind only Sara can help him.

Which is all very well and good, but where’s the tension? Sam and Sara are sympathetic enough as everyday people, but hardly intriguing. Here’s a couple that lived the American dream, traveled around the world together and settled into the comfort of a San Francisco condominium blessed with watercolor paintings and a beloved subscription to The New Yorker. (This is one of a few liberal devices Gross gives his characters, along with references to PBS and a disdain for George W. Bush. The only thing missing is a Volvo onstage.)

As Sara points out to Sam, death happens. So beyond mourning and some rather tepid guilt about how Sara died, what’s really to fret over in this drama? Some of the problems with “Conversations” go with the staging, and you have to wonder what director Heidi Cline McKerley could have done to enliven the proceedings a little. Instead of enriching the script, McKerley seems burdened by it and can’t get her leads to a more dynamic level.

Watching this drama, I was reminded of McKerley’s work on the hilarious staging of Charles Ludlam’s “The Mystery of Irma Vep,” another two-actor play but otherwise entirely different. There, McKerley could be faulted for not being able to tame her wildly hilarious if overly effusive leads. Now, she seems more overwhelmed by the script.

Theatre in the Square has rightly earned its reputation as one of metro Atlanta’s worthy playhouses, mixing newer and challenging works with more familiar fare. Unless McKerley can find a way for her characters to move beyond the discreet charm of their bourgeoisie, “Conversations With My Wife” will remain at best a nice remembrance of a loved one — but at worst, all talked out.