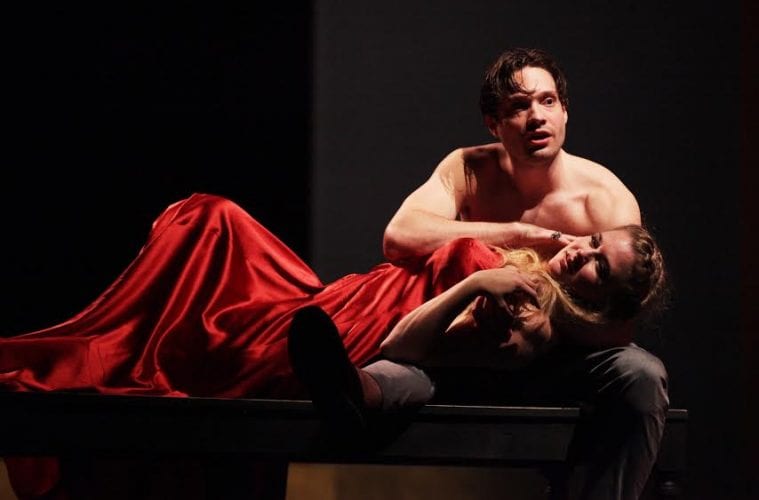 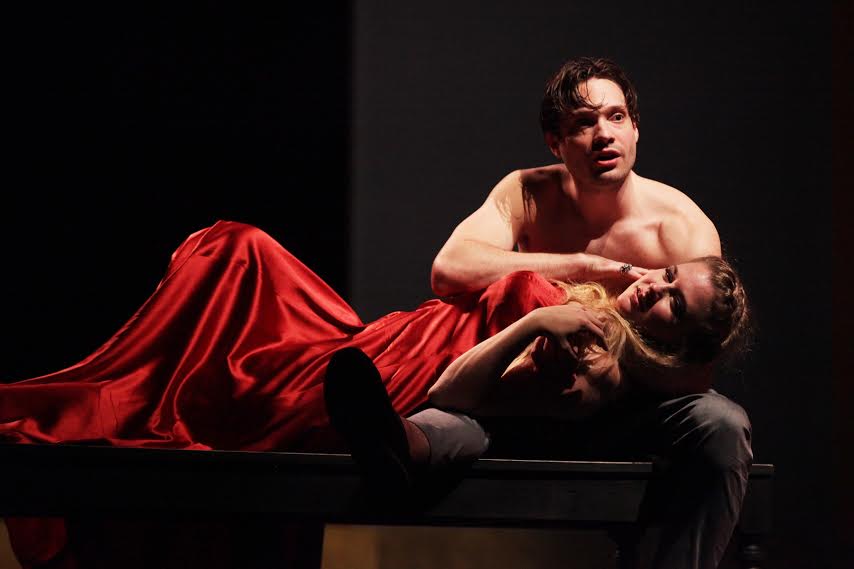 Georgia Ensemble Theatre has created a solid and likeable production of Shakespeare’s Romeo and Juliet running at the Roswell Cultural Arts Center through November 22.

Shakespeare’s tale is famously introduced by a chorus, and here the role is taken on by a single actor (Allen Edwards), who, in the show’s most evident innovation, remains on stage and even speaks throughout the show.

His monk-like robe and weighty looks seem to imply that this character may be an older version of the friar (played in the action of the story by Steve Hudson). Plagued by guilt in later years, he looks back on himself and the events of the story as in the Atlanta Ballet’s production of Jean-Christophe Maillot’s Romeo et Juliet, in which the friar becomes a central figure. 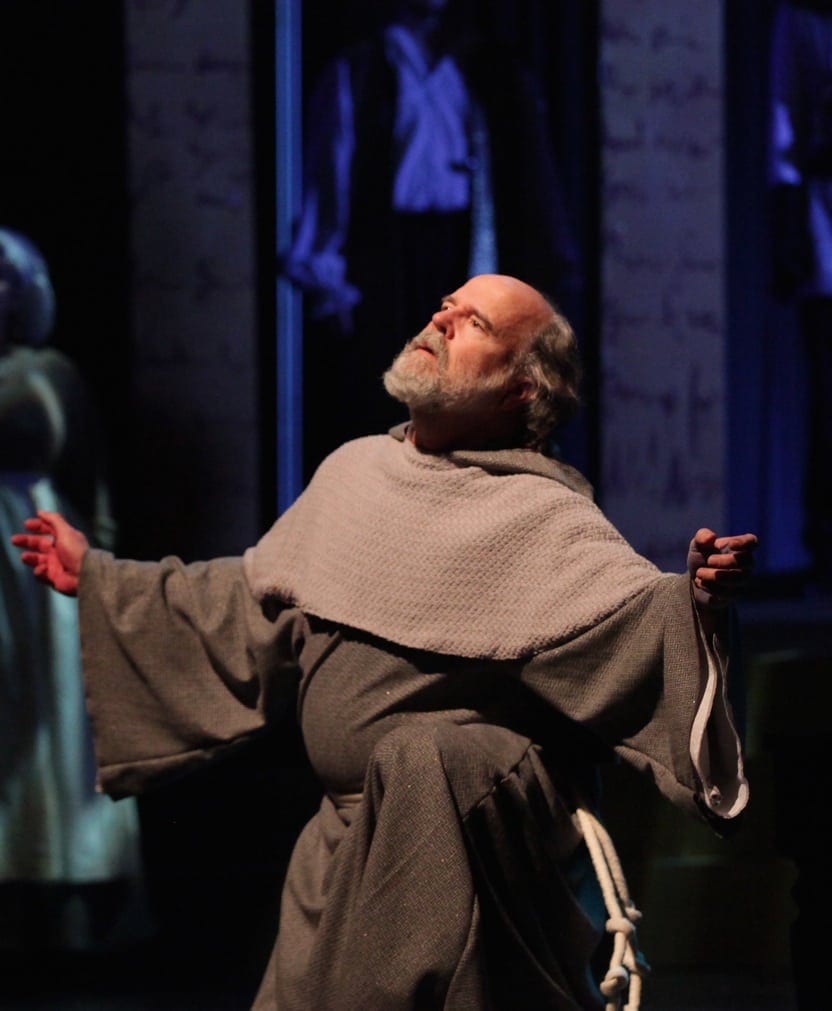 Allen Edwards as the singular chorus.

With hints of magical ceremony throughout, there’s even the curious suggestion that the friar has, since the events of the story, left behind a life of quiet Christian devotion and taken up some sort of medieval alchemy.

It’s all interesting, but the device ramps up the star-crossed doom of the story at the expense of the breath of spring-like sexual energy that should fuel the center; the threat and grimness hover too visibly and literally.

It works well at times, a constant reminder of the terrible fate that’s coming, but the ongoing presence of the chorus can seem intrusive and overly gloomy. Some audience members may sensibly wonder what the heck the extra character is doing hovering around the lovers’ first meeting or reciting a sonnet over poor Juliet’s deathbed. The invention is mostly welcome, but there are a few emblematic moments in the story that seemingly need to be left alone.

Jennifer Alice Acker and Jonathan Horne make a lovely Romeo and Juliet. Acker, at times, seems too modern for the role. Her Juliet is independent and adultlike, even slightly sarcastic, from the moment she enters, so we don’t see the character make the journey from obedient child to self-actualized lover.

Heidi Cline McKerley brings humor and energy to the part of the nurse, and Megan McFarland makes an imperious and complicated Lady Capulet, rounding out a strong cast.

As a side note: fans of Romeo and Juliet may be curious to know that there’s a second inventive production of the show running at the same time that may also be worth a look. Fern Theatre is producing an all-female Romeo and Juliet at 7 Stages Theatre through November 22. I haven’t seen the show yet, but I enjoyed the company’s 2013 all-female Macbeth.