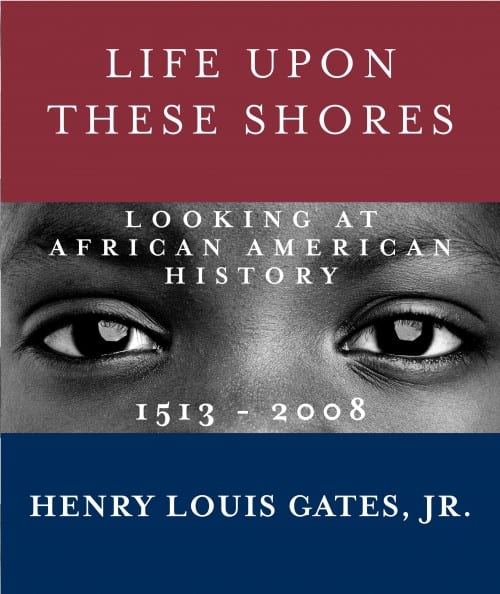 In the beautifully illustrated pages of “Life Upon These Shores,” Henry Louis Gates Jr., Harvard professor and America’s most prominent black intellectual, has produced an encyclopedia of black history packaged as a kind of coffee-table book. It’s about that size and heft, mixing impressive historical scholarship with profiles of famous and forgotten figures, recalling milestone events, tragedies and seminal moments “to evoke the limitless variety of African American life.” Written as a series of chronological essays, vignettes and sketches, the result is an amazing compendium of information that suffers from insufficient interpretation.

Black history and its meaning — isn’t that why we would read such a book by Gates? If anyone can provide an overarching synthesis of black experience in America, it should be this vocal and prolific scholar. But the episodic structure of “Life Upon These Shores,” its short entries, surprising redundancies and vast range of subject matter — from the arrival of the first slaves in North America to the election of Barack Obama — prevent him from drawing together the diverse threads of experience into significant ideas.

The book is strewn with intriguing narratives and resonances across time that Gates does not give the attention to examine in depth — distracted and even undermined, I think, by his interest in profiling a sweeping cast of African-Americans. His eagerness to present success stories — the first black millionaire, first black medical degree recipient, first black novelist to publish in Europe — undercuts a gripping history, especially in the transitional century between the Civil War and the 1960s civil rights movement.

It is, of course, enlightening to have a wide-angle lens turned on this epic, to see a picture of the whole, despite the diversionary clutter. “I wanted it to have the magic of a film,” Gates (left) said of the book when speaking at the Atlanta History Center earlier this week. So he wrote his entries around its 789 illustrations. In recent years, Gates has been heavily involved in filming a PBS television series on the genealogies of famous Americans, stepping out of the ivory tower into mainstream culture. The two worlds he travels between are reflected in the book’s dual interest in history and celebrity, in Harriet Tubman and Prince.

He is at his best chronicling the great turning points of African-American history: the Civil War and Reconstruction, giving rise to the 14th Amendment that granted rights and equality to emancipated slaves, and its echo a century later, in civil rights protests that finally won black Americans their full rights as citizens. All too frequently, though, narrative momentum is lost to the presentation of yet another historical figure. Just as we are drawn into the escalating tension over the issue of runaway slaves in the buildup to the Civil War, Gates interrupts the story to profile a celebrated black opera singer of the time. Such cameos are sometimes illuminating but often distracting; the admiring profiles of contemporary sports stars, entertainers and politicians that jam the end of the book rarely take the historical measure of a person. But it is through these accounts of “transcendent personalities” and other achievers that Gates seems determined to narrate black history.

Elsewhere he has written about the need to refute racist stereotypes by presenting the multiplicity of black identities, and an earlier book, “Thirteen Ways of Looking at a Black Man,” looks at high-achieving African-Americans. At the history center, Gates spoke of his desire to inspire black children to pursue education through examples of black accomplishment. His profiles, it appears, are meant to serve as correctives to both white and black thinking.

So “Life Upon These Shores” shines a light on exceptional characters, heroes and strivers who dispel the image of blacks as victims. It’s significant that Gates places the beginning of African-American history in 1513, when Juan Garrido, a black conquistador, joined Juan Ponce de Leon’s expedition to Florida. Slaves arrived a century later, but Gates has decided that African-American history begins with the arrival of a free black soldier on American soil, a man himself prepared to exploit and conquer, rather than submit to a master.

Demystifying the slave trade with new research, Gates explains that the African elite profited from the enterprise along with Europeans, selling their captives to the highest bidder and supplying 90 percent of the slaves shipped to the New World. He offers visual evidence in the form of a reproduction depicting King Garcia II of Kongo receiving a Dutch delegation to negotiate a slave-trade agreement.

Gates unearths the fascinating history of a slave-trading company, the Royal African Company, founded in 1672 with investments by the British royal family. Not only does the revelation of this robustly commercial enterprise draw the slave trade out of shadowy mythology, but Gates connects it to the story of another exceptional African. A Senegalese slave on a Maryland tobacco farm, Auyba ibn Suleiman Diallo, ends up winning his freedom through a bizarre series of events. He returns to his homeland, Gates writes, only to become a supplier of slaves to the Royal African Company.

If one objective of this account is to demonstrate a black person’s free will and ambition, another seems to be to validate his humanity. One sees this motive in Gates, which he so vividly describes in the work of the great 20th-century black educator and writer W.E.B. Du Bois. Gates seems to follow so closely in Du Bois’ footsteps that one imagines he sees himself as Du Bois’ intellectual heir, heading the W.E.B. Du Bois Institute for African and African American Research at Harvard and bringing to fruition Du Bois’ dream of producing a black encyclopedia with the 2005 publication of  “Africana: The Encyclopedia of African and African American Experience.”

In “Life Upon These Shores,” Gates describes two picture albums that Du Bois displayed at the 1900 Paris Exposition Universelle, assembled from several hundred photographs of successful, well-dressed African-Americans. Showcasing these images of middle-class black Americans — girls playing piano and men in three-piece suits — to the world, Gates writes, “constituted a political act, a declaration of inherent nobility in the war over respectability and the nature of the Negro.” From this distance, Du Bois’ gesture of putting black middle-classness on display as proof of black humanity seems incredibly poignant and vulnerable. And yet, more than a century later, Gates seems driven by the same impulse in curating stories of black achievement and ending his history with a picture of Obama taking office as president.

If Gates’ boosterism reminds me of the immigrant Indian community newspaper India Abroad, which constantly touts the achievements of Indian-American professors, doctors and spelling bee champions, it’s because of the common need for recognition. There are many intellectual arguments to be made about the black experience in America, but perhaps Gates, with this book, wanted only to get a simple message out: recognize us.