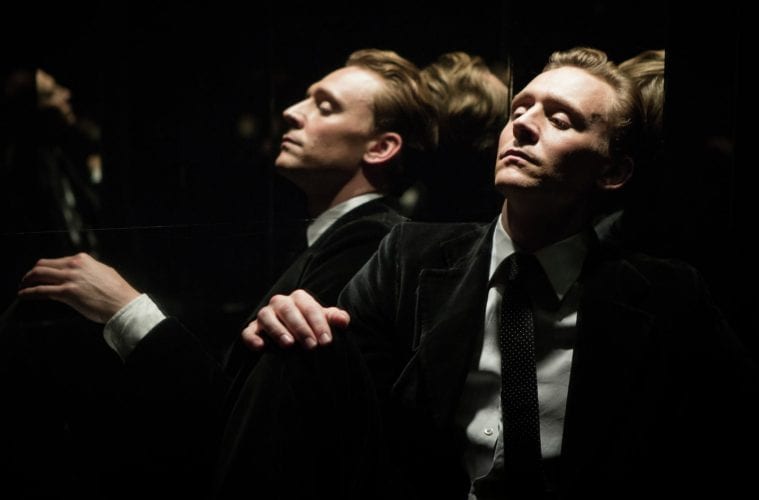 The British director Ben Wheatley has a knack for taking historical periods or film genres and giving them a kinky twist. His last movie, A Field in England, transported viewers to the 17th century, where deserters from the English Civil War suffered hallucinogenic trials inflicted by a wizard. It was insane but indelible. Before that, his crime-and-witchcraft hybrid Kill List, while set in the present day, recalled such 1960s and 1970s supernatural thrillers as Rosemary’s Baby and The Wicker Man. Likewise, it was nutso but hard to forget. And Sightseers was a road-trip comedy with a body count.

Wheatley writes his films with his spouse, Amy Jump, or she does the honors herself. She goes solo with their latest, High-Rise, about the microcosmic collapse of civilization in a condo tower, based on the novel by J.G. Ballard. It plays like a mix of early films such as Shivers and Rabid by David Cronenberg (who himself adapted Ballard’s car-fetish epic Crash) and Bong Joon-ho’s recent class-warfare-on-a-train epic, Snowpiercer.

All of which may make High-Rise sound better than it is. Made with no-holds-barred vigor and a brutalist-modern-retro art design, the movie ramps up to its climax mode while only halfway through. The remaining hour is just repetitious overkill. It’s easy to lose interest, no matter how loud, naked and bloody things get.

Brit flavor of the moment Tom Hiddleston (Loki, from the Marvel multiverse) plays Laing. A medical doctor at a school of physiology, he’s just moved into an apartment on the 25th floor of a concrete residential tower that looms, unbeautifully, out of a gray London urbanscape scrubbed of any grace. A model of the idealized self-contained environment of the Seventies, the complex has its own gym, pool and grocery store. It also has a nasty class war brewing, based on altitude and income.

In the 40th floor penthouse lives Royal (Jeremy Irons), the building’s architect. His multiple-acre garden features topiary, a horse and his snotty wife (Keeley Hawes) wandering around with a shepherdess crook. Anyone who gets the allusion to Marie Antoinette won’t feel especially smart later during a scene where the rich residents dress in 18th-century costumes — powdered wigs and all — in a too-obvious dramatization of the socioeconomic warfare.

Another too on-the-nose moment happens when Laing, looking at Royal’s blueprint for the high-rise, says, “It looks like the unconscious diagram of some kind of psychic event.”

Laing lives in the safely middle-class middle of the building. But the “lower people” are crowded together, including the enormously pregnant Helen (Elisabeth Moss) and her horndog husband Wilder (Luke Evans), a man we first meet making a play for Laing’s upstairs neighbor Charlotte (Sienna Miller). Charlotte instead seduces Laing, who later learns she only considers him “the best amenity in the building.” Laing spends more time with Charlotte’s bespectacled, cute son Toby, who has a habit of peering at things through a kaleidoscope — another on-the-nose detail that reflects director Wheatley’s fractured, phantasmagoric approach.

While they’re unfortunately all too relevant now for those of us in the economic 99 percent, Ballard’s themes — though probably outré when the novel came out — feel tired now. Yes, yes, we realize: Things will end very, very badly. (Actually, we know that from the apocalyptic opening scene of the movie, which is primarily told in flashback.)

In the unending chaos of the second half, director Wheatley can still pull out some surprises. Consider a pitched battle between Laing and a fellow tenant, wrestling and punching each other for possession of a can of paint in a looted store. It’s sudden, brutal and effectively shot in a single take, a bit of low-tech bravura.

And if nothing else, the movie has a couple of very unexpected renditions of ABBA’s “SOS” on the soundtrack.