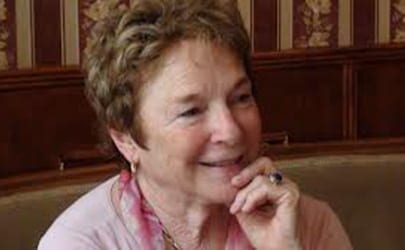 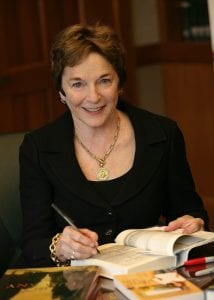 Frances Mayes shared her passion for Italy in Under the Tuscan Sun, the bestselling memoir turned blockbuster film. Yet, as her new book Under Magnolia: A Southern Memoir (Crown, 336 pgs.) reveals, her heart may be in a Tuscan villa, but her roots are in Georgia soil. She will read and sign books at the Margaret Mitchell House at 7 p.m. on April 15.

Like many memoirs of childhood, Under Magnolia seeks to contextualize early influences and experiences to better understand adulthood. Mayes begins the metaphorical journey to her youth during a book-tour stop in Oxford, Miss., a trip that reacquaints her with the best aspects of the South―the land, food, deep family connections. As she walks through the center of Oxford and into Rowan Oak, the family home of William Faulkner, her mind turns to her own childhood in Fitzgerald, Ga. In a moment that would later seem pre-determined, she calls her husband to announce that she wants to return to the South. 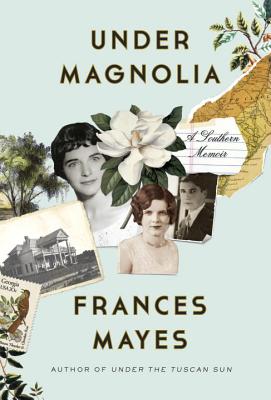 The act of moving to Hillsborough, N.C. and embracing a region she had rejected many decades ago invites some analysis. When she comes across a series of unpublished personal essays already titled Under Magnolia, she grasps the opportunity to expand these thoughts. Mayes’ illustration of her youth is at once idyllic and terrifying. Images of a quaint town, warm Southern evenings, and delectable meals finished up with Lane Cake are studded with her parents’ drunken violence and her grandparents’ dismissiveness. Like many children, Mayes fled to the solace of reading.

Her withdrawal from family life made it easier for her to observe her parents’ dysfunction. Mayes’ cool disassociation and her factual replay of events without emotional participation hint at a life of coming to terms with disappointment. Even happy memories are tainted because they offer a teasing contrast. A disastrous school field trip is soothed by her mother’s plate of brownies while her father carries in the first roses of spring. Both parents agree that young Frances had an awful day, and her father gives her a hug. Mayes describes the heartwarming moment with tightlipped poignancy: “For a space, they’re the parents I want.”

Under Magnolia is a vibrant example of Mayes’ literary artistry. Her memoir teems with beautiful, pellucid vignettes, described with a painter’s eye for detail, about a young girl maturing to adulthood amidst domestic tumult.