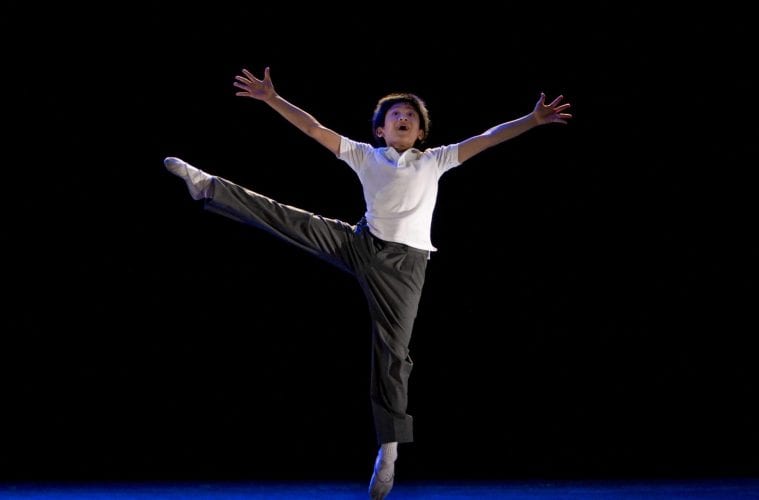 Review: For much-hyped “Billy Elliot” at the Fox, all’s well once the dancing starts 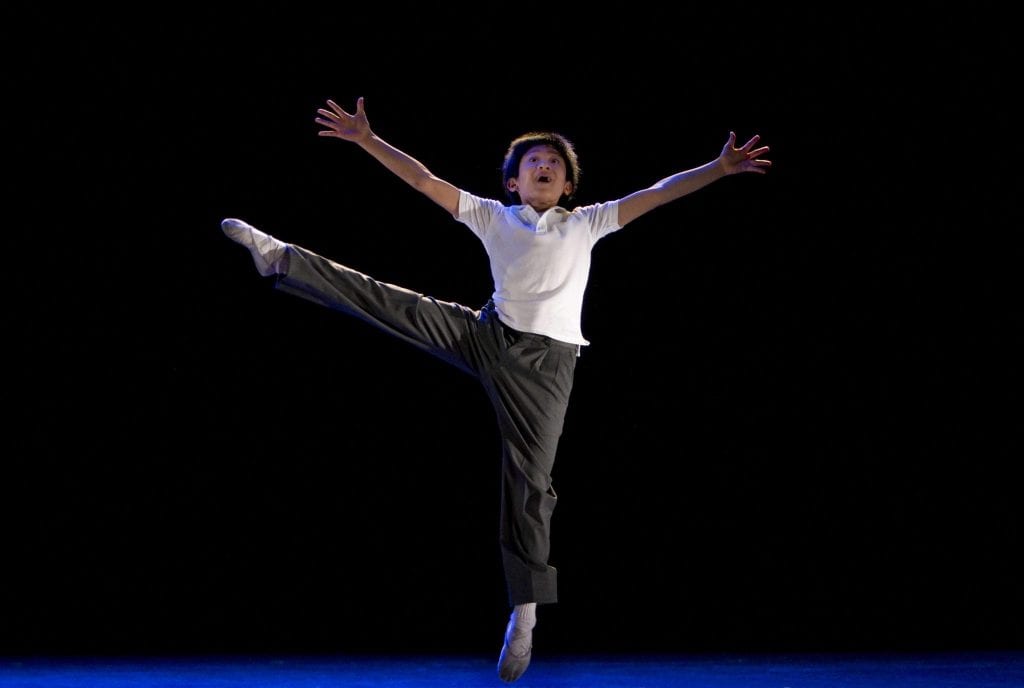 J.P. Viernes soars as Billy Elliot in a show that would have benefited from being shorter.

One of the cardinal rules of show biz, “Always leave them wanting more,” has been attributed to Walt Disney, P.T. Barnum and Gypsy Rose Lee, and Google seems unable to settle the matter. But it’s frequently the best advice, especially for “Billy Elliot,” a musical that leaves us wanting less.

With a running time of three hours that seems even longer, particularly in the slow second act, “Billy Elliot” is a show in need of an editor, some ruthless soul behind the scenes who would jettison a couple of songs entirely (sorry, Sir Elton John), trim some repetitive scenes and pick up the pace. Admittedly, this is a minority opinion. Since it opened in London’s West End in 2005 and then on Broadway in 2008, “Billy” has won every award it possibly could, including 10 Tonys, and received a frame-worthy review from The New York Times.

And there is much to enjoy in the national touring company show that is at the Fox Theatre through March 18: a cast that is always good and frequently great; a political and class warfare backdrop more challenging than your typical Fox road show; a simple but effective tearjerker story; and a whole lot of wonderful dancing.

“Billy Elliot” is the musical version of the 2000 movie of the same name, about an 11-year-old boy growing up in a tough working-class town in Northern England who discovers that he has both a genius and a passion for dance. This foolishness doesn’t sit well with his gruff old coal-miner father, who tries to scuttle his dream.

A lot of musical fans are going to come to the show expecting to settle into that plot arc of Boy Meets Dance, Boy Loses Dance, Boy Gets Dance, and they may be surprised by the amount of time spent on the political struggles of Billy’s father and his coal-mining mates, which were also a major part of the movie.

The show is set very specifically in the northern town of Durham during the British miners’ strike in 1984, when Prime Minister Margaret Thatcher’s government and trade unions fought one of their bitterest, bloodiest (literally) battles. Between the Geordie accents (reasonably authentic but smoothed out for American ears), the British slang, the specifics of 1980s British politics and the conflicts between strikers and scabs, it can all be a bit daunting. (When the musical opened, the program reportedly included a glossary — and that was for audiences in London.)

Parents may also want to know that there’s a hefty amount of authentically salty language sprinkled throughout, probably nothing that older kids haven’t heard (or said) themselves, but enough to get an R rating if it were a movie. (The original was PG-13.)

If that seems like focusing on everything except the music in this musical, that’s because so much takes place outside the music. Once the cast starts singing and dancing, things brighten up, just as they do for Billy himself. There’s his grandma (Patti Perkins) reminiscing about her rough marriage (“We’d Go Dancing”); his chain-smoking ballet teacher Mrs. Wilkinson (Leah Hocking) prodding her all-girl class and Billy with casual insults (“Shine”); the deeply moving male chorus “Once We Were Kings” when the broken men return to the mines; and, especially, every moment when little Cameron Clifford is on stage as Billy’s friend Michael, selling Billy on the glories of “expressing yourself” and owning the spotlight.

Because of the demands of the role, four boys take turns as Billy; on opening night, J.P. Viernes did very well and was exceptionally strong in his dance numbers.