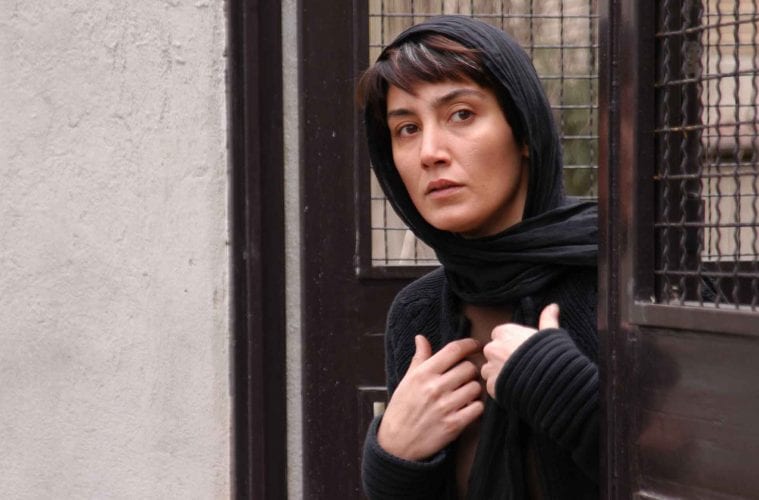 When village girl Rouhi (Taraneh Alidoosti) rides into Tehran on the back of her fiancé’s motorcycle, the end of her chador catches in the gears of the machine, toppling them into the road. Yes, the traditional ways of Iranian life get tangled and torn by the cogs of modernity: As a bit of symbolism, this opening scene is an eye-roller. But it’s also the only time Fireworks Wednesday plays out on anything close to an obvious level.

I’m not sure how writer-director Asghar Farhadi performs the sleight-of-hand he does in his movies. (His best known is the Oscar-winning A Separation, and in the States we’ve also seen The Past and About Elly.) He’s the master of in medias res, throwing us into the middle of a busy storyline, seemingly leaving us to find our coordinates. But he’s always got a very steady narrative hand in play, even when things seem most chaotic.

Once in the city, Rouhi’s fiancé drops her off at the employment center, where she draws the day’s assignment of cleaning the high-rise apartment of a wealthy family. This sounds easier than it is. For starters, the family’s front-door buzzer isn’t working. Even before she makes it upstairs, Rouhi has to rely on neighbors for help … and she’s quickly swept into the welter of gossip, complaint and habits that rules the complex.

I probably invoke Pedro Almodóvar’s name too much, but that’s because he’s one of my favorite directors. In Fireworks Wednesday, Farhadi’s work reminds me of the Spanish filmmaker’s skill at painting the portrait of a community over the course of one busy day.

When Rouhi finally reaches her destination, the apartment she’s supposed to clean is in shambles. A window is smashed, furniture is all over the place, but worst of all, the couple who own it, Morteza (Hamid Farokhnezhad) and his wife Modje (Hediyeh Tehrani) are in the middle of a tense argument as they prepare to leave on vacation to Dubai in the morning. (The time is the eve of the Persian New Year, thus the sound of fireworks that permeate the city throughout.)

Once Morteza leaves for work, Rouhi tries to clean the apartment. But Mojdeh wants to pay her off and send her away … then changes tactics completely. As anxious and angry as Rouhi is sweet and optimistic, Mojdeh gives the cleaning woman an assignment: Make an appointment to get her, Rouhi’s, eyebrows threaded at the at-home salon of a neighbor, Simin (Pantea Bahram).

The eyebrow treatment is something Rouhi can use for her upcoming wedding. The truth is, though, that Mojdeh thinks her husband is having an affair with Simin, and she sets Rouhi off as a spy.

As the young woman becomes embroiled in the dramas of the people around her and tries to make sense of things, we likewise find ourselves adjusting our conceptions and loyalties. One moment, we question Mojdeh’s sanity, the next suspect she may have cause for her paranoia.

Underneath the surface action, filmmaker Farhadi is subtly laying out tensions between the bedrock of traditional Persian life and the shifting compass of modern mores. By film’s end, Rouhi — the happy girl who set off that morning, looking forward to the day and the promise of her own wedding — will see the future in far less rosy terms.

Fireworks Wednesday comes to our screens belatedly, 10 years after it was made in 2006. The wait was worth it. The movie is nearly as absorbing and complex as A Separation.

The same can’t be said for another movie opening this week. Following the speculative Chet Baker biopic Born to Be Blue, starring Ethan Hawke, Miles Ahead is the spring’s second celebration/excoriation of one of the 20th century’s jazz maestro-monsters. I just wish it were nearly as good as Blue.

The gifted Don Cheadle directed, stars in and co-wrote this look at Miles Davis’ slow emergence from a multi-year withdrawal from the stage and studio in the 1970s. Drugs had a lot to do with it. So did fatigue and, as the movie has it, the trumpeter’s regret over his failed marriage to Frances Taylor (Emayatzy Corinealdi), cover girl for his 1961 album Someday My Prince Will Come. 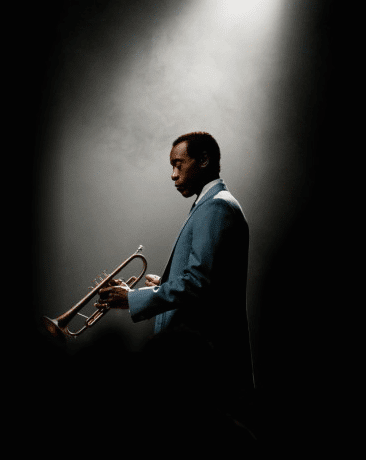 All well and good. But the script by Cheadle and Steven Baigelman invents an incident to hang a pretty silly plot on. A self-identified Rolling Stone writer named David Brill (Ewan McGregor, at least 10 years past the time he should be playing this kind of ingénue role) shows up on Davis’s doorstep, claiming he’s there to write a big comeback cover story.

This isn’t exactly true. Neither is what follows, as the movie has Miles and David tussling with Columbia Records exec Harper Hamilton (Michael Stuhlbarg in full corporate-lizard mode) over money.

Even better (well, actually worse), the film gives us a McGuffin in the form of a reel of tape both Davis and Hamilton want. When the guys aren’t chasing around New York’s streets in cars and firing guns, the movie gets mired in flashbacks to Miles’s destruction of his relationship with Frances — mainly an excuse for the actors to yell a lot and break stuff.

The life of Miles Davis is fascinating enough without B-movie inventions like this. The whole movie feels as much like a missed opportunity as it is Cheadle’s labor of love.