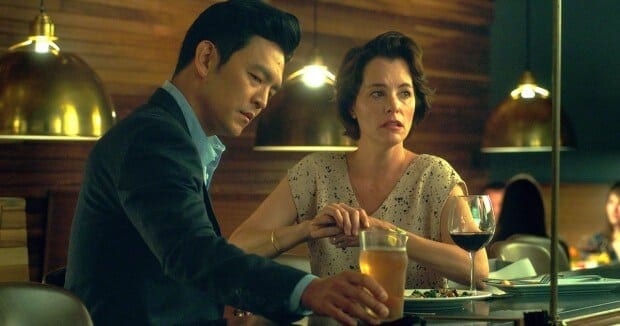 A romance that isn’t quite a romance — not in the Hollywood sense, anyway — the lovely tone poem Columbus sets two strangers on a gentle trajectory toward, then away from, each other. As much as anything, the movie is about the zen-like stillness and symmetry of the mid-century architecture that serves as the film’s backdrop.

Columbus refers not to the explorer, but to the city in Indiana. It’s a sort of living museum for minimalist modernist structures, designed by architects ranging from Eliel and Eero Saarinen to I.M. Pei.

It’s in one of the many public, mid-century homes that we first see Parker Posey, playing the unnamed assistant of a famed architecture professor. We follow her through the sleek interior, out into the serenely landscaped grounds where she finds the professor — who suddenly collapses, offscreen. This opening series of cool compositions, many shot from a distance, preps us for the movie’s slightly aloof, elliptical tone.

Next we meet Casey (Haley Lu Richardson), a year past graduating high school, and stuck somewhere between tomboy and princess, adolescence and womanhood. She has one of those wonderful, dangerous, too-close friendships with her mom that blurs the lines between parent and child. They’re more like roommates. The root of this symbiosis is gradually revealed during the many walks-and-talks around Columbus that Casey soon has with a visitor.

He’s Jin (John Cho, in a dramatic performance far removed from his Harold & Kumar movies). The middle-aged son of that ailing professor, he has flown in from Seoul, where he works as a translator, to be with his father. Or near his father, anyway. If Casey is too close to her mother, Jin feels very removed from his perfectionist dad. In other parallels or echoes in Columbus, Jin’s relationship with the assistant, played by Posey, has a hint of flirtation that echoes the kinda-sorta friendship Casey has with a colleague at the library (Rory Culkin) where she works part-time.

Not a lot happens in Columbus, but it’s completely engrossing. Casey and Jin visit some of the city’s architectural marvels and learn a little bit about each other. She (and Posey’s character) push him to resolve things with his dad, while he tries to push her out of this small town and into a world that can reward her for her underused intelligence. The movie, like its characters, revels in its own casually geeky smarts. (Standing outside Casey’s old, severe, concrete high school, Jin indulges in an architecture joke: “It’s brutal!”)

Columbus belongs to a small but effective subgenre. It’s about two strangers — an older man and a girl — meeting and helping each other forward on the separate but parallel tracks of their lives. It reminds me of Sofia Coppola’s Lost in Translation, or, decades before that, Wim Wenders’ Alice in the Cities.

It’s a striking, assured feature debut from writer-director Kogonada, a Korean-American immigrant previously known for shorts and film criticism. His instincts are impressive. He knows how to hold a shot for so long (example: Casey staring up at a building she especially loves) that the sequence transforms from borderline boring to quietly ecstatic. Here’s hoping his first film will be one of many.

Next week, on September 14, the Atlanta Jewish Film Festival and Out On Film copresent The Lavender Scare, including a post-screening Q&A with director Josh Howard. The documentary covers one of the darker periods of LGBT history in America, the post-World War II era when Cold War tensions with Russia led to a purge of anyone in the U.S. government suspected of being gay or lesbian.

The idea was that a federal employee’s sexuality could be used as blackmail by Soviet agents looking to get their hands on classified material. In truth, there is zero evidence that, in any case of Americans caught spying for foreign governments, sexuality was a factor. (Atlanta playwright Topher Payne’s comedy-drama Perfect Arrangement, an Off-Broadway hit that opens at Theatrical Outfit in February, explores this period.)

The Lavender Scare is important and informative, so I wish it were slightly better-made. The low budget shows around the edges. Still, the stories of individual men and women who suffered from this witch hunt, kicked off in 1953 by President Eisenhower, are heartbreaking. Then, in its second half, Scare becomes downright uplifting. 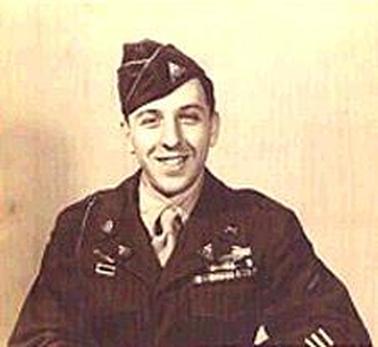 Frank Kameny served in World War II but was fired from the U.S. Army’s Map Service because he was gay.

The focus shifts to Frank Kameny, a brilliant astronomer whose promising career was terminated by federal agents, who withdrew his security clearance and fired him from the U.S. Army’s Map Service. While so many people who suffered this sort of professional indignity quietly retreated into obscurity, Kameny fought back. A pugnacious fellow, he knew instinctively that there was nothing wrong about his attraction to other men, no matter what the world at large said. His motto: “If one side has to change, it will be the world that will change, because I won’t.”

And the world did, thanks to Kameny, now recognized as one of the greatest leaders of the gay rights movement, and others like him. That being said, Lavender Scare ends with a stark coda. It reminds us that then-Secretary of State John Kerry formally apologized this January for the firing of State Department employees during the LGBT purges. This is followed by the onscreen intertitle: “Two days after taking office, President Donald Trump ordered any mention of the apology removed from the State Department website.”

How does that saying go? Something about “history” and “doomed to repeat it”?

The Lavender Scare. A documentary directed by Josh Howard. Unrated. 77 minutes. Special presentation by AJFF Selects and Out On Film. Thursday, September 14, 7 p.m. at Landmark Midtown Art Cinema. Tickets: $15 for the screening and post-film Q&A with filmmaker Josh Howard; a $30 ticket includes a VIP reception after the film at Après Diem, with the filmmaker in attendance.