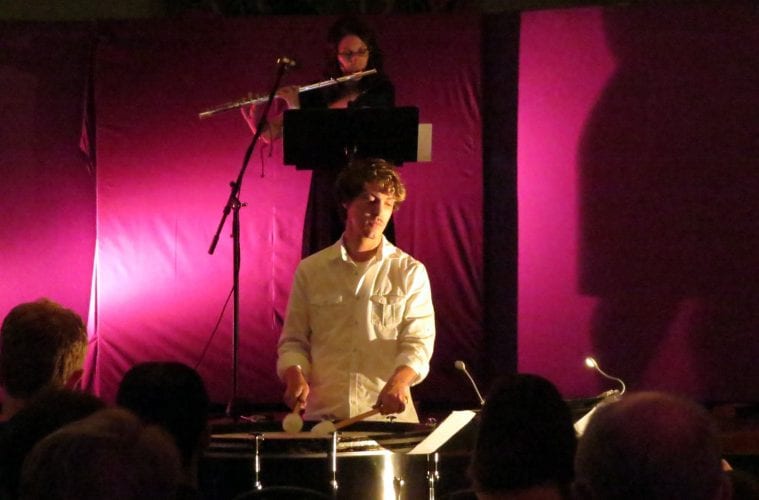 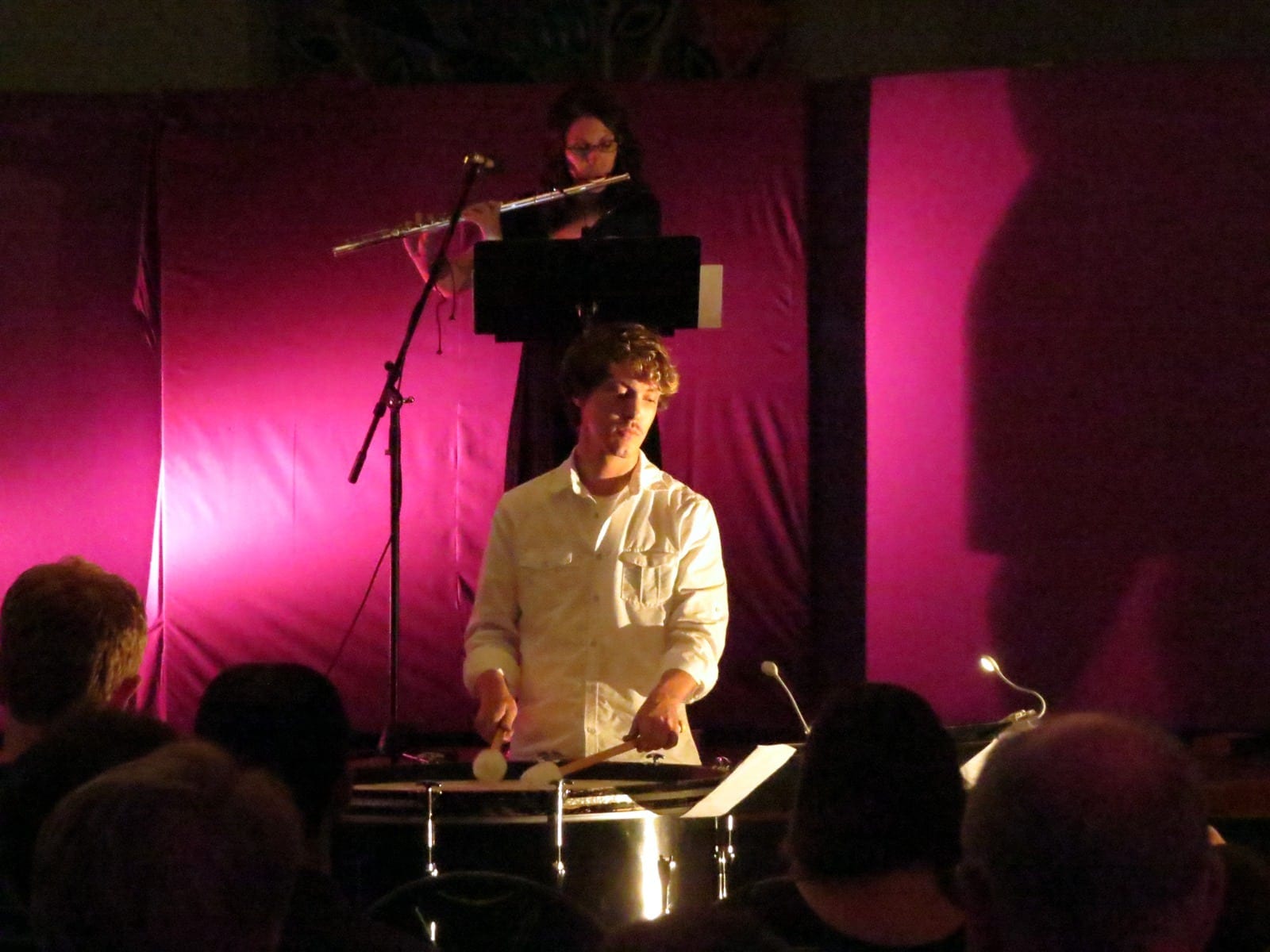 This past Saturday evening, new music ensemble Chamber Cartel presented a concert of music by American composer George Crumb at the First Existentialist Congregation in Candler Park. It was the same location where Chamber Cartel made its debut only three-and-a-half years ago.

The group opened with “An Idyll for the Misbegotten” (1986, aka “Images III”), which invokes the haunting theme of Claude Debussy’s “Syrinx” (1913) for solo flute, amplifying the instrument and setting it in the midst of a trio of rumbling percussion.

Jessica Sherer performed the flittering flute part from the raised proscenium stage up front, with percussionist Paul Stevens playing a large bass drum on the main floor level immediately below her. Percussionists Caleb Herron and Brandon Dodge were positioned in the right and left sides at the back of the hall, each with a battery of instruments that comprised bongos, tom-toms, African log drum and bass drum.

Sherer’s flute part darted, rose and dipped like a lonely bird through the ominous, occasionally thunderous percussion, which featured call-and-response figures that made effective sonic use of the space. 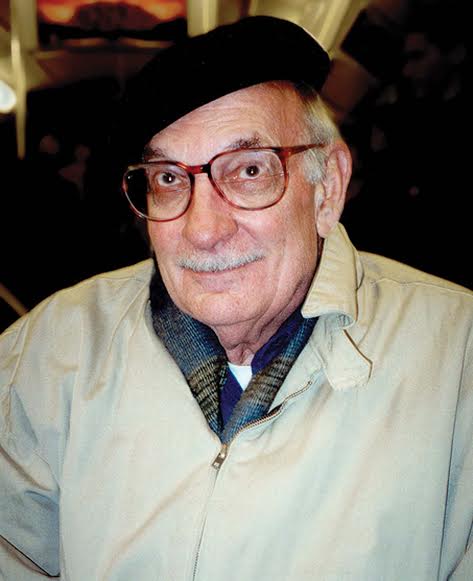 The composer said of this instrumentation: “Flute and drums are, to me (perhaps by association with ancient ethnic musics), those instruments which most powerfully evoke the voice of nature.” The 15-minute piece itself was inspired by Crumb’s feelings about the distancing of homo sapiens from the rest of nature in modern times, the loss of “an ancient sense of brotherhood with all life forms.” The piece is infused with “the fervent hope that humankind will embrace anew nature’s moral imperative.”

The three percussionists were joined by violinist Adelaide Federici, cellist Alana Bennett and pianist Amy O’Dell for Crumb’s “Dream Sequence.” Stevens and Dodge positioned themselves behind a screen on the proscenium to play “glass harmonica” (in this case, a set of four goblets tuned to a first inversion A major triad C-sharp, E, A, plus D a fourth above). The glass harmonic chord was a drone that was present throughout the 15-minute piece, intended to be a near-subliminal sound that persists for the duration.

An additional three goblets were played by pianist O’Dell at the keyboard. Her setup also included sheets of paper laid upon mid-range strings of the grand piano, producing what the composer calls “delicate vibrations.” Complementary to that, Herron’s battery of percussion tools for “Dream Sequence” was in sharp contrast to that of the “Idyll,” mostly metal versus drums: Japanese temple bowls, crotales (small tuned cymbals), sleigh bells, suspended cymbals and a single maraca, used to produce a delicate array of timbres.

In the end, it was the weaving lines of Federici’s violin and Bennett’s cello, in close exchange of concise but varied motifs, that eventually came to the fore against the work’s overall construction. One could easily suggest that the musical texture leaves the listener with an impression similar to an actual dream, subtly drifting in and out of consciousness, at one point aroused by abrupt, loud passages in the piano, only to return to deep slumber in the end.

The final work on the program was “Vox Balaenae (Voice of the Whale),” a more familiar work from 1971 that has a good track record of performances in Atlanta. Sherer returned to join Bennett and O’Dell in the amplified trio for flute, cello and piano.

In addition to having the players perform wearing black half-masks under blue lighting, the piece made use of an array of non-standard techniques. The cello was tuned scordatura and the cellist also played crotales; the flutist sang into the flute while playing; the pianist strummed strings with fingers and paperclips, and at times applied a chisel and a glass rod to them.

Crumb has a remarkable ability to create exotic sounds with these kinds of techniques without sounding clichéd, something his imitators seem unable to achieve. In their use, it is Crumb’s careful distinction of color and tone that mark his musical syntax as much as any exoticism or extra-musical symbolism, though ritual-theatrical gestures, such as blue lighting to evoke the sea and half-masks worn by the performers in “Vox Balaenae,” are also crucial.

Those are the kinds of elements upon which an ensemble like Chamber Cartel thrives, and they showed that rather well in this performance.