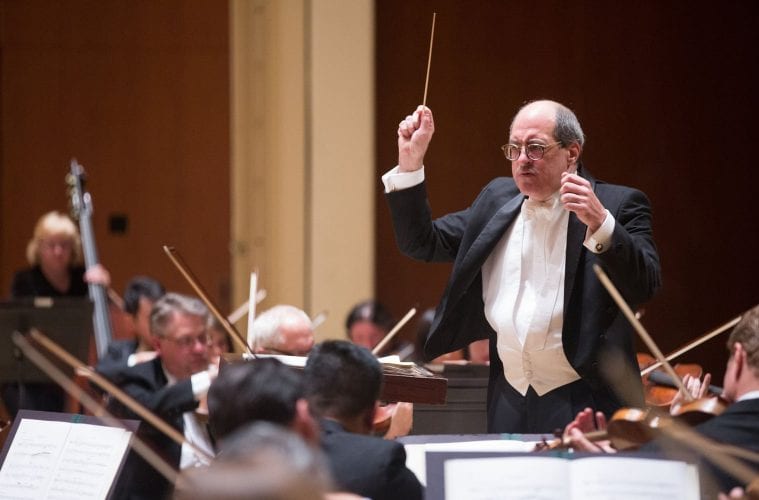 Review: With Beethoven’s Fifth, ASO begins to find its groove and shake off the rust of the lockout 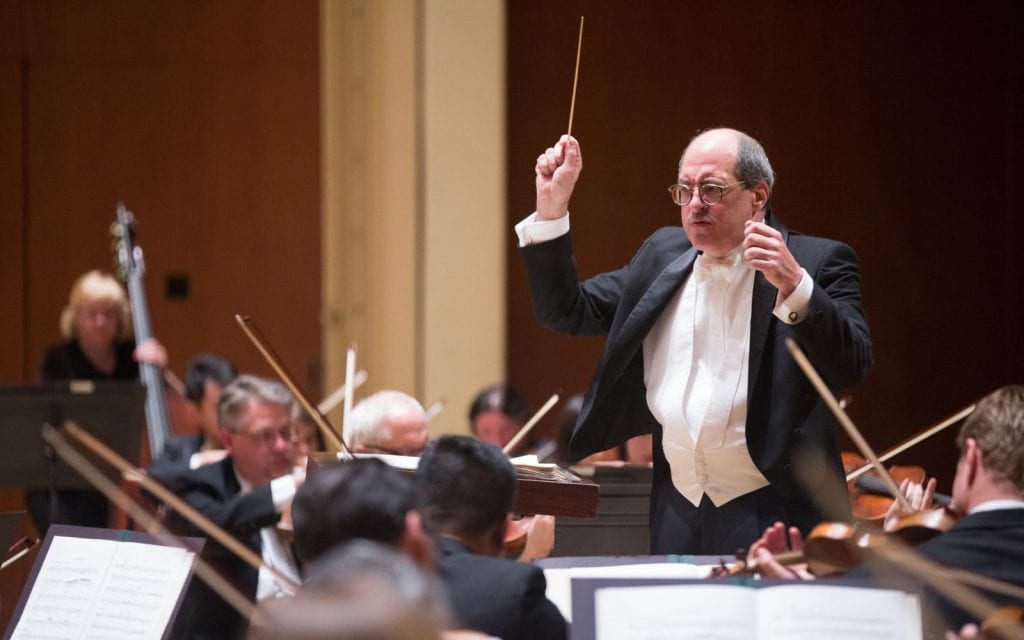 Led by Spano, the orchestra is still shaking off the effects of its long layoff. (Photos by Jeff Roffman)

On Thursday evening, the Atlanta Symphony Orchestra returned to the Symphony Hall stage for the second week of performances in its late-starting 70th anniversary season, featuring ASO principal clarinetist Laura Ardan as soloist and music director Robert Spano leading the assembled in music by Debussy, Prior and Beethoven.

The concert opened with Claude Debussy’s “Première rhapsodie” for solo clarinet and orchestra. When the season was first announced back in the spring, Ardan was schedule to play the Clarinet Concerto of Aaron Copland. Then the season’s original opening subscription concerts were canceled due to the Woodruff Arts Center’s lockout of the musicians. Changes in repertoire became necessary once the new collective bargaining agreement was finally achieved earlier this month.

Thus the Copland concerto was replaced by the Debussy rhapsody, which is considerably shorter but is also scored for a much larger orchestra, including divisi strings. Debussy originally wrote it for clarinet and piano for the 1910 clarinet examinations at the Paris Conservatoire. The orchestrated version came the following year.

Ardan has been featured soloist with the ASO a good number of times since she joined the orchestra as principal clarinetist in 1982; her most recent solo outing was January 2013, when she premiered Michael Gandolfi’s clarinet concerto “The Nature of Light.” She has performed the Debussy once before with the ASO, early in her tenure with the orchestra, with Robert Shaw conducting. 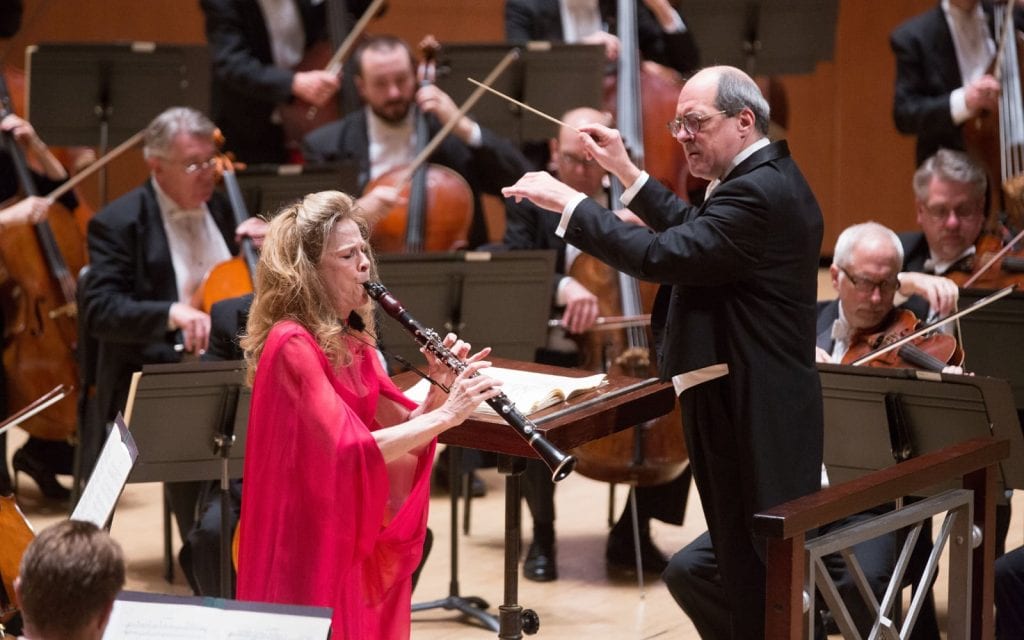 Spano mostly kept the ensemble’s dynamics well under Ardan’s mellifluous and often virtuosically detailed playing. There are, however, middle-register portions which are more difficult for any clarinetist to project, which tend to blend into the texture rather than stand sharply apart from it. The piece ended with a sweeping two-octave scale in the solo clarinet up into the extreme upper range for a few final notes, with a fortissimo punctuation by the full orchestra at the end.

The brief work was followed by the Symphony No. 3 of Richard Prior, the British-born, Atlanta-based composer who is more frequently seen by the public eye on the podium as conductor of the Emory Symphony Orchestra and Rome Symphony Orchestra.

It is a somewhat darkly moody, ruminating piece punctuated by dramatic outbursts for the majority of its 35-minute span. Portions of the first and third movements lift it out of that mode for a while. The work is cinematic in character and scope, with dramatic gestures that pop up here and there along its wordless narrative. The final movement culminates in a sunnier episode of texture and late-Romantic emotional temperament in which the average symphony audience can rather easily and comfortably envelop itself.

The postintermission performance of Beethoven’s Symphony No. 5 served as the barometer of the orchestra’s current well-being. Although a number of ASO roster musicians are still playing temporary gigs in other cities, more of them have returned to Atlanta and were engaged in this program versus last week’s quickly assembled surrogate opener. The playing in this Fifth was an improvement over last week’s Ninth, though the orchestra is still clearly in rehab after the long combination of 10 weeks off followed by the traumatic 9 weeks of lockout.

About halfway through the finale, Spano and the orchestra found its groove, coming together as an ensemble in a way they had not previously all evening, and which they carried all the way to the final bar. It was a foreshadowing sign that the orchestra will recover relatively quickly. Certainly the ASO musicians have both the chops and the moxie with which to do it.

The concert will repeat on Saturday at 7:30 p.m. and again on Sunday afternoon at 2 p.m., both performances at Symphony Hall. However, after Sunday’s concert is over, ASO musicians will be rushing down to Eddie’s Attic in Decatur to perform a “United by Music” chamber music marathon starting at 5 p.m., which benefits the new ATL Symphony Musicians Foundation.

[Full disclosure: The author has been commissioned to write a trio for soprano, clarinet and piano, which will be premiered in early May by the Atlanta Chamber Players and will include Ms. Ardan among the performers.]