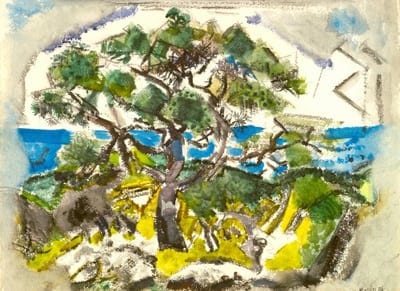 Be sure to see the excellent “John Marin’s Watercolors: A Medium for Modernism,” at the High Museum of Art through September 11. Organized by the Art Institute of Chicago, it makes the case for Marin’s importance with scholarly but accessible substance, and the work is ravishing to boot. 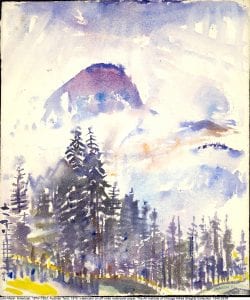 Though celebrated in his own time, Marin is perhaps undersung in ours. It’s hard to imagine watercolor landscapes as avant-garde. But, as the exhibition documents, he pushed the potential of a disrespected medium and made it a laboratory for abstraction.

The exhibition begins during Marin’s five-year sojourn (1905-10) in Paris. There, he absorbed new ways of thinking from the likes of Whistler, Cezanne and the Italian futurists, and undertook his self-education and experimentation in watercolor, his true medium. In etchings of Parisian landmarks and watercolor views of the Swiss Alps, he is already exploring the spectrum between figuration and abstraction, using unusual techniques such as scraping pigment off the paper and tilting the sheet so that the liquid medium would pool.

Marin returned to New York in 1910, and like many of his peers — Stuart Davis and Joseph Stella among them — he found in New York City a proud symbol of America’s growing horsepower and maturing selfhood. Skyscrapers replaced the Alps and the Brooklyn Bridge replaced Notre Dame Cathedral in watercolors that channeled the city’s energy in fractured forms and lines of force that suggest the influence of Futurism and Cubism. (For a sense of Marin’s coterie, see “Alfred Stieglitz and His Circle: American Moderns From Atlanta Collections,” now on the museum’s lower level.) 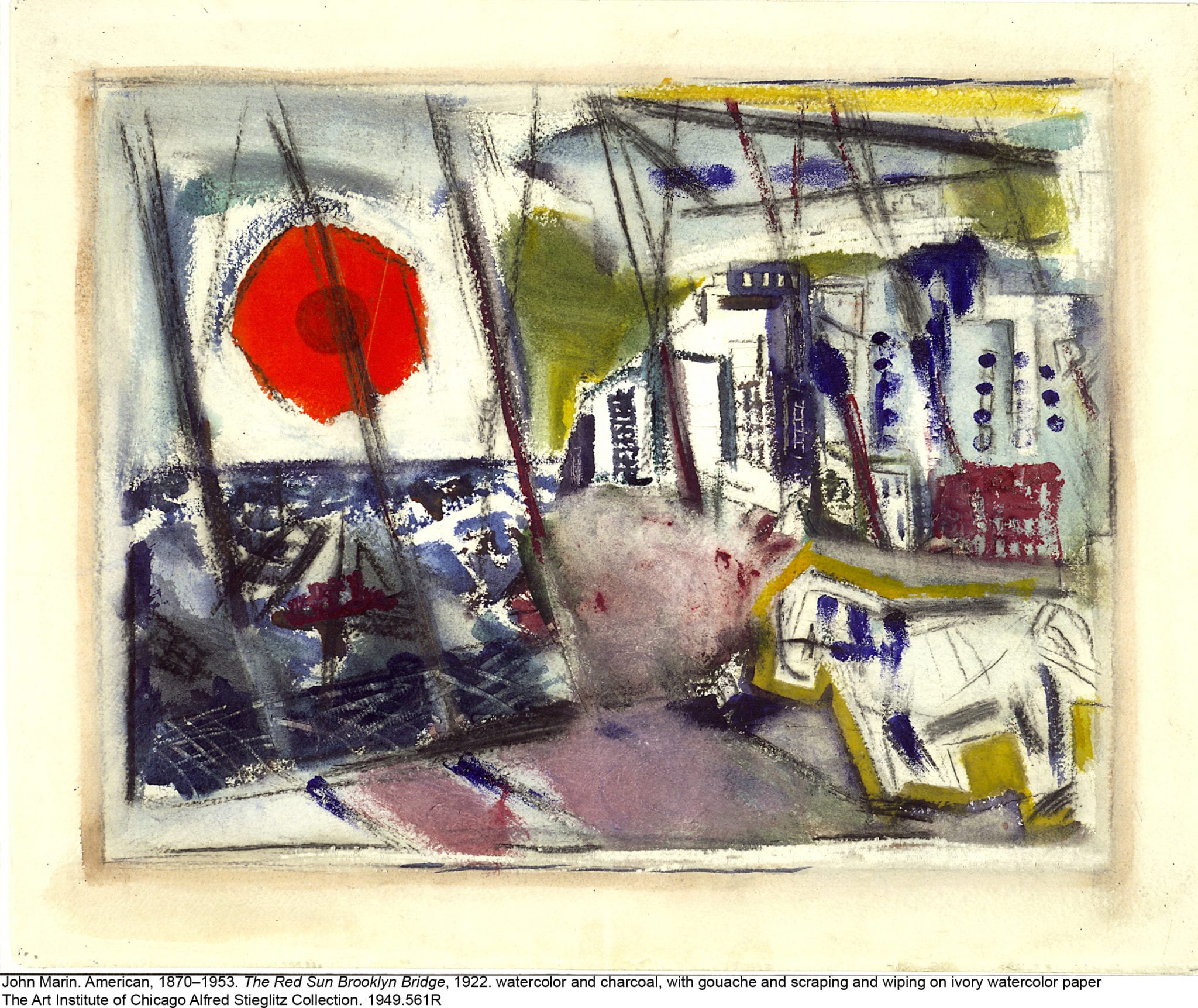 But Marin never lost his passion for nature. He started spending time in Maine in 1917, and its rocky coast, turbulent sea and picturesque harbors were the subjects of some of his most admired works, and some of his most abstract. Like the great American landscape painters before him, Marin had a reverence for the land, and like Winslow Homer, he found an enduring subject in the sea. 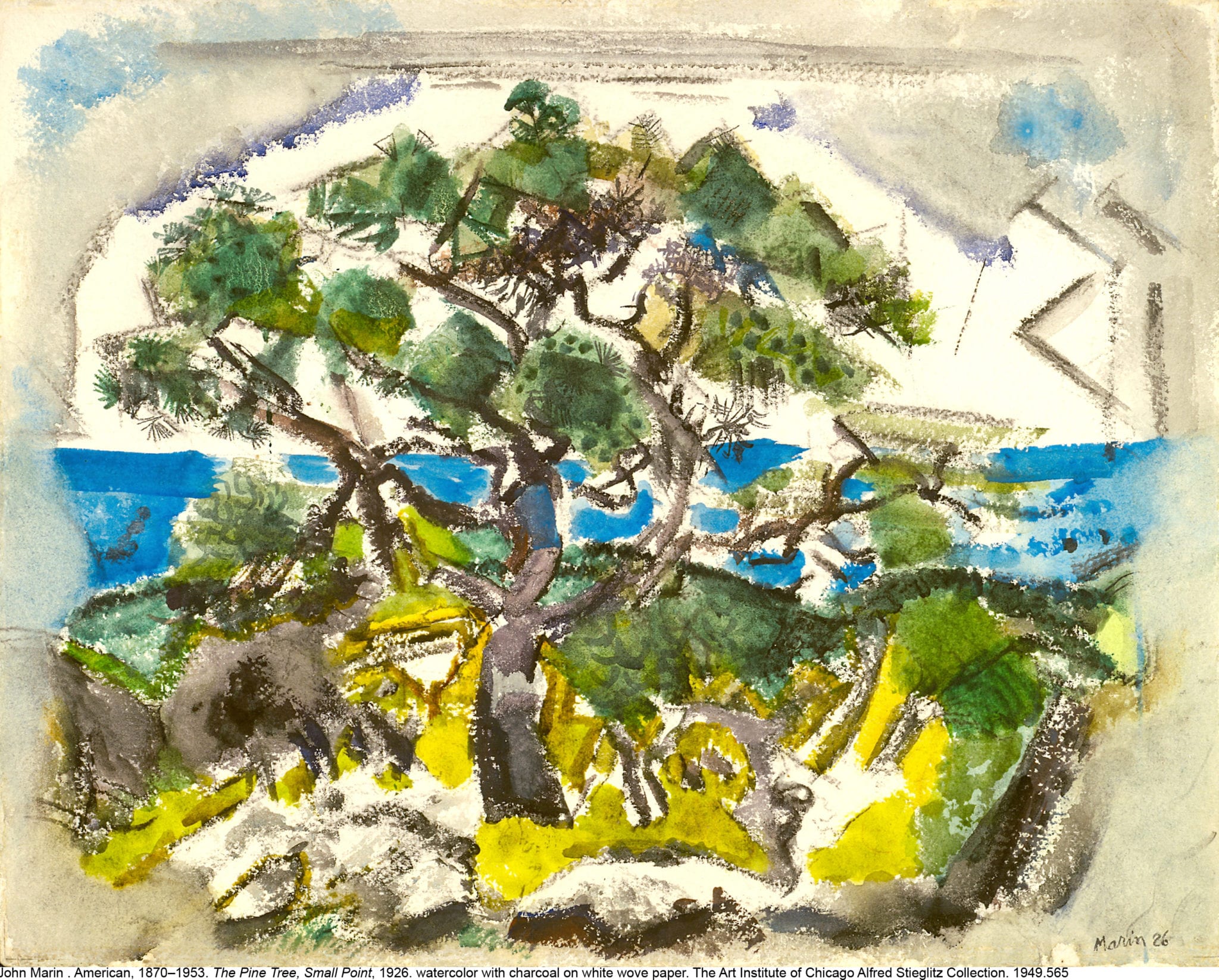 Many year later, so would Atlanta artist Radcliffe Bailey, though with very different intentions. Indeed, “John Marin’s Watercolors: A Medium for Modernism” and “Radcliffe Bailey: Memory as Medicine,” which share the Wieland Pavilion’s second floor, make aqueous and surprisingly interesting bedfellows. One looking forward, one looking back. One a symbol of a triumphal America, the other, of a sorrowful and chastened country.