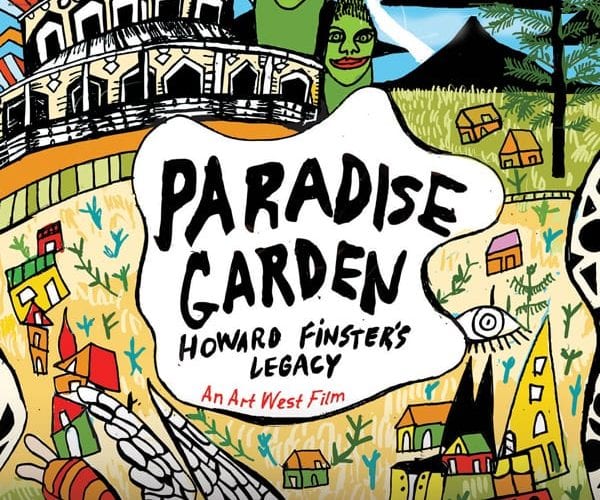 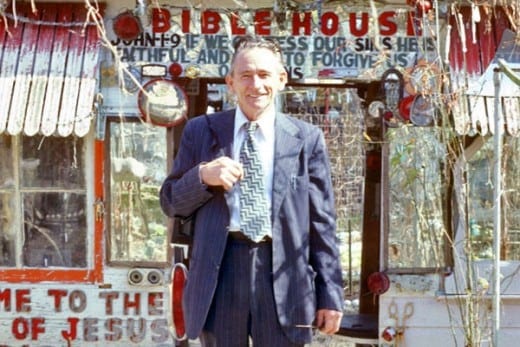 The late Rev. Howard Finster, who preached through art.

The sci-fi-style opening of the new documentary film Paradise Garden: Howard Finster’s Legacy may surprise viewers who know Georgia’s most famous folk artist only from his colorful angels and Coca-Cola bottles. But the supernatural vision is a perfect fit for the late Baptist preacher / bicycle repairman–turned-artist, who described himself as a “visitor from another planet.”

Written and directed by Ava Leigh Stewart, the film, screening at the Goat Farm on November 18, juxtaposes old clips of Finster with the fond reminiscences of well-known musicians, artists and collectors. It eloquently captures the spirit and the experience of this man of visions while documenting the extraordinary intersection of alternative music, art and “outsider” practice in Georgia during the late 1970s and 1980s.

Less engaging but still noteworthy is the film’s focus on Paradise Garden’s growing disrepair after Finster’s death in 2001, and the rehabilitation effort begun after Chattooga County purchased the property in 2011 and leased it to the new Paradise Garden Foundation.

Finster started Paradise Garden in 1961 as a reflection of God’s wonderful creations, using recycled engines, tools and appliances interspersed with fruits and berries, vegetables and flowers. In 1976, at age 60, while painting a bicycle in his repair shop, he saw a face in a spot of paint on his finger that told him to make 5,000 works of sacred art to spread his spiritual message of hope for humanity.

Not sure if he could make art, he took a dollar bill out of his pocket and copied George Washington. He would create over 44,000 signed and consecutively numbered works of art before he died. 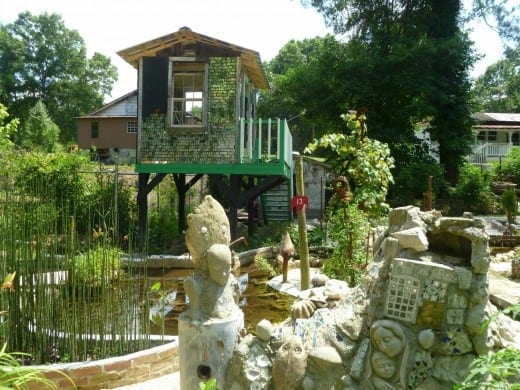 The opening quickly fades into what appears to be an old, scratched and faded film of Finster, his art and his garden. The lazy guitar and casual vocals of the original song “Man of Visions” — written and performed by Adrian Todd Webb — deftly capture Finster’s down-home style.

Several unidentified television clips, including his 1985 upstaging of Johnny Carson, alternate rapidly with statements by Susan Crawley, former curator of folk art at the High Museum. For instance, she recalls that the high-energy artist ate Folger’s Instant Coffee crystals chased with Coca-Cola to stay awake, a statement followed by a clip of Carson saying, “It’s said that you don’t sleep very much . . .”

Most of the film follows this format. The effect is disorienting at first, until you realize that it might be like spending time with Finster himself, who talked about everything and anything and covered everything with varieties of quotes and messages.

Finster had special relationships with a number of rock artists who were simpatico with his self-taught art making. He designed album covers for the Talking Heads and REM, and REM filmed its “Radio Free Europe” video at the garden.

Amy Ray of the Indigo Girls was drawn to Finster’s unique spirituality. In the film she explains: “There are certain people that just rise, for some reason, they just touch you in this way and they have this thing that everybody can relate to.”

Actor/songwriter Kenyon Phillips recalls: “When you encounter a piece of work that is as full of joy, as full of freedom, you can’t help but be touched by it.”

The film was the brainchild of producer / production designer Trey LaFave. An interest in historic preservation led to his friendship with Jordan Poole, executive director of the Paradise Garden Foundation. The film documents the effort to preserve what is left of Finster’s legacy, return the site to something he would have wanted and make it accessible to the public as a tourist destination, which would bring much-needed revenue to Chattooga County. 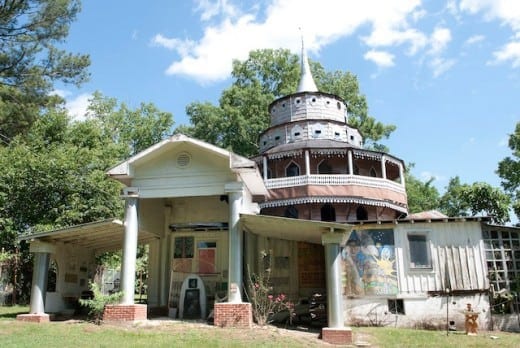 The World’s Folk Art Church, which Finster built, is one of the buildings in disrepair.

After stabilizing the important structures, the foundation plans to construct a “point of reference that will actually be a museum,” says Poole. The plan has been controversial; some have argued that building visitor amenities is inappropriate.

Yet the energy and enthusiasm the foundation is pouring into the rehabilitation of Paradise Garden is a welcome acknowledgement of the site’s importance in the history of southern art and culture. Even though the “Man of Visions” is no longer there, this film will make you want to experience it for yourself.