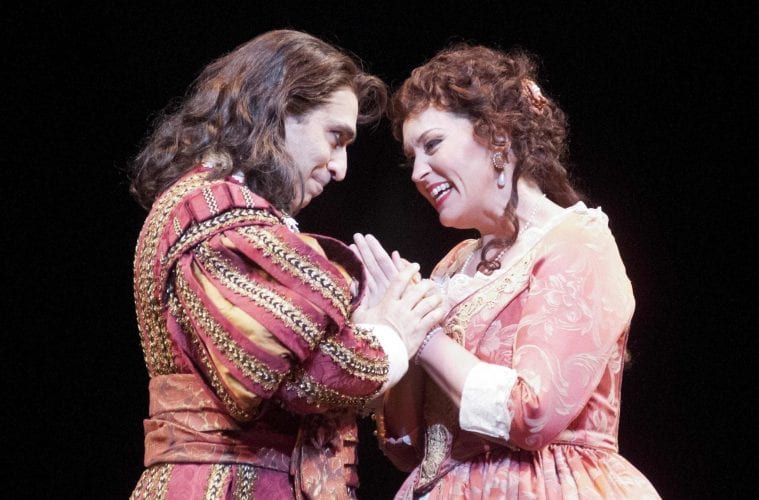 Review: Atlanta Opera brings the smoke, but not enough fire, with “Don Giovanni” 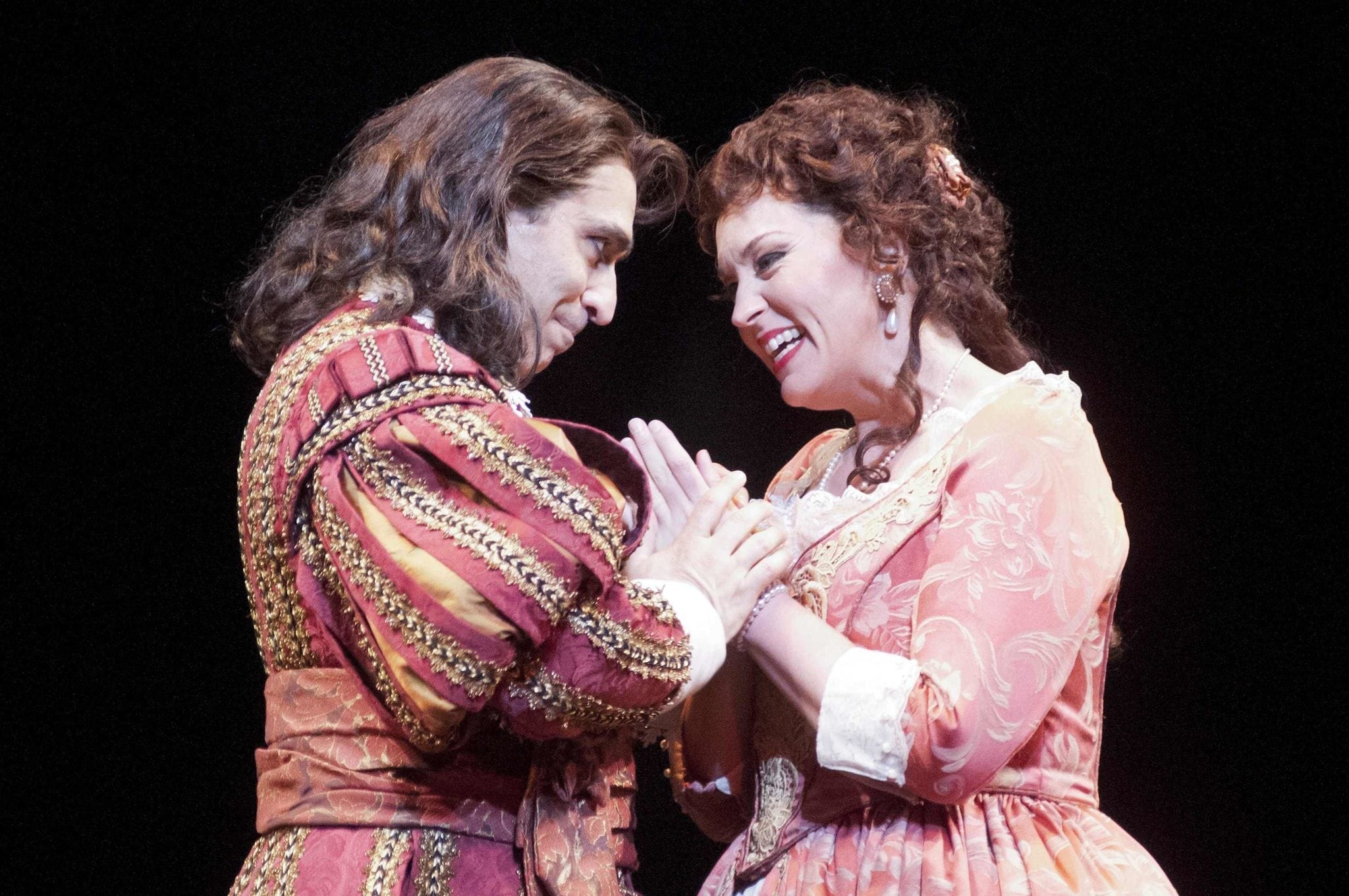 The Atlanta Opera’s final production of the season, Mozart’s “Don Giovanni,” opened Saturday night at the Cobb Energy Performing Arts Centre, the first of four performances. Andrea Concetti leads the cast in the title role, with Eduardo Chama as his servant Leporello, Pamela Armstrong as Donna Anna, Melody Moore as Donna Elvira, Nicholas Phan as Don Ottavio, Angela Kloc as Zerlina, Brent Davis as Masetto and Andrew Kroes as the Commendatore. All but Phan and Davis are making their Atlanta Opera debuts in this production, conducted by Music Director Arthur Fagen with stage direction by Richard Kagey.

According to www.operabase.com, “Don Giovanni” is the seventh most-performed opera in the standard repertoire. The last time The Atlanta Opera presented it was in 2004. That production was a tame, traditional one, and Saturday’s performance proved likewise.

The primary weakness was Kagey’s stage direction. The monolithic and dull set design by R. Keith Brumley, borrowed from the Lyric Opera of Kansas City, didn’t hinder the stage direction, but neither did it help. It’s worth noting that Kagey was also the stage director for a 2010 production by the Fort Worth Opera, which used the very same set.

One could make a short laundry list of specific, sometimes inexplicable ways in which the action and emotional intensity were shorted or glossed over, things that could have been easily, simply rectified with attention and time. But most of all, the staging and interaction onstage lacked vitality and the overall feeling of risk and sexual energy that are implicit in the story.

Concetti indeed possesses a ringing bass-baritone voice, but he was a bit of a wooden stick figure portraying the impulsive, implacably amorous libertine Giovanni. He cuts an appropriately bold visual figure, but he doesn’t raise the character to the status of likable anti-hero, leaving him as a mere cad, even if a successfully manipulative one.

In contrast, Chama plays Leporello comically, but he borders on slapstick at times, drawing focus with self-conscious mugging as if to say, “Look at my character’s comic gestures!,” rather than with exaggerated physical expressions coming naturally from the character.

Most theatrically convincing was soprano Moore as Donna Elvira, who not only sang well but made great effort to internalize her character and bring vitality to the relationships between characters. Phan as Don Ottavio has an appropriately sweet and clear tenor. Armstrong as Donna Anna exhibited a rich, experienced soprano voice and drew the most applause at the curtain call. Soprano Kloc as Zerlina and bass Davis as Masetto held their own in singing, but when Leporello was being castigated for disguising himself as Giovanni, though Kloc’s voice was there, her eyes and attention seemed elsewhere than on the hapless servant.

Kroes was fine in his small but catalytic role as the Commendatore, with the exception of the brief combat theater between himself and Concetti, which one knowledgeable audience member described as “embarrassing.” One wonders whether a combat theater coach should be brought in for such things.

Giovanni’s forced descent into Hell, off the back of the raked stage, was disappointingly anticlimactic — almost like watching someone step on an escalator going down a floor. But the concluding sextet finale made up for it somewhat. The chorus did yeoman’s work, and Fagen’s orchestra likewise. But the entire opera felt awfully long and strung out, especially the first act.

If you go to see this “Don Giovanni” for theatrics and spectacle, you’ll likely be disappointed; if you go for the voices and Mozart’s music, you’ll come away happier. In either case, go. One never knows what problems will be fixed in the subsequent performances. Only three remain: May 1, 4 and 6.