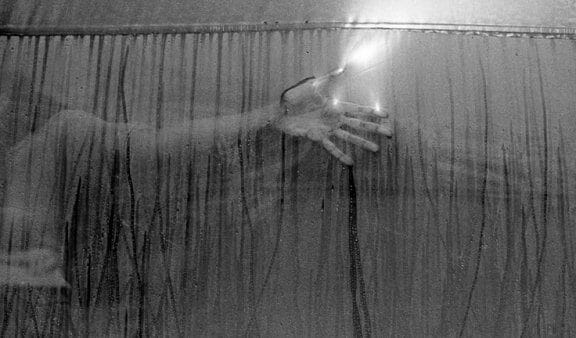 At Atlanta Contemporary through January 9, 2022, Inward, Outward, Forward may well be the Lucinda Bunnen show we and she have most needed. It has become almost impossible to maintain a comprehensive view of this Atlanta artist and public figure’s multifaceted career across the decades of books and exhibitions, and a traditional retrospective might not do much more to bring all the variety into historical focus.

Curator Allison Grant has chosen instead to concentrate on shapes and subject matter that persist over broad segments of Bunnen’s oeuvre, and has presented them in a sparse, unconventionally installed exhibition. It’s a salon style placement in which the empty wall space is as important as the differently sized photographs placed in relative proximity. 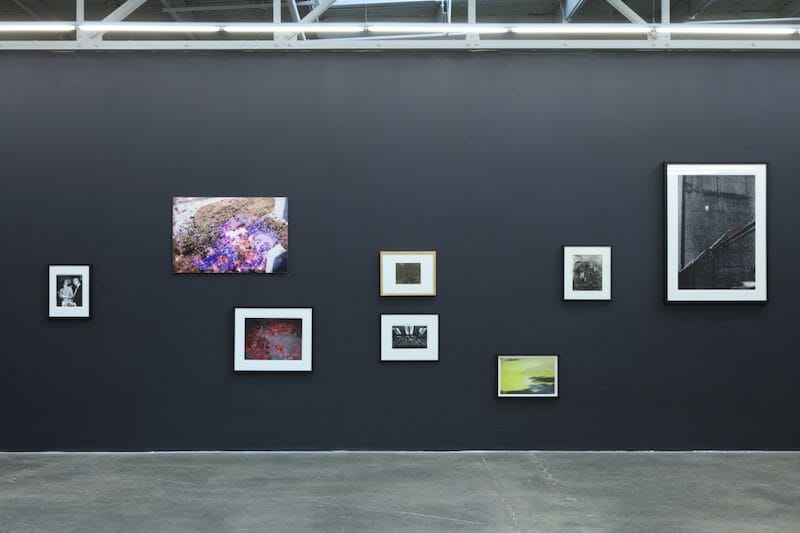 The open wall space is as important a component of the Bunnen exhibit as the photographs themselves. (Courtesy of Atlanta Contemporary. Photo by Mike Jensen)

It might well be bewildering to find that the titles and dates of the first two pieces in the exhibition are “Pensacola, Florida,” 1975, and “Flannery O’Connor’s Kitchen Window,” 2016, but the thematic focus of the adjacent “Moth on the Moon,” 1975-80, and “Horse and Moth,” 1970-75 (printed later), suggests that viewers should pay attention to visual similarities.

Thereafter, it quickly becomes apparent that visual similarities of one sort or another are the organizing principle of this exhibition, and a principle that provides a different perspective on Bunnen’s work than previous exhibitions have given us. The subtle vertical lines of “Prison Wall #1, Cuba,” 2012, rhyme with the vertical tree trunks of the weathered-negative “Swing Set,” 2015, and eventually culminate in the intimate stalks of the gelatin silver print “Weeds in the Snow,” 1970.

This gives us permission to start looking for similarities amid evident contrasts in such juxtapositions as “Prison Wall #2, Cuba,” 2012, and “Dee Everett at the Lovett School Fashion Show, Atlanta,” 1976-78. The placement of titles suggesting formal composition as “Floating Leaf in Reflection Pond,” 2010, and the historically specific title of “Washing Carts Outside the A & P,” 1975, reveal visual dynamics that are apparent before the viewer reaches for the checklist to identify individual photographs. 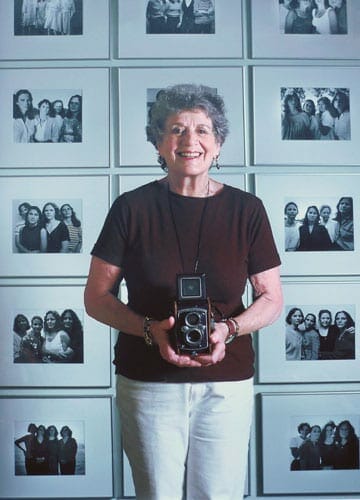 It would be possible to go on analyzing the ways in which thematic emphasis shifts from one gallery wall to another, so that a composition such as “Tree Branches,” 1970-75, can still appear among such person-centered subjects as “Tullio Petrucci Filming With Crew,” 1970-75, “Tracey Moffatt in Truck, GA,” 2002, and “Walter Rylander and Date at Sumter County Historical Preservation Society Christmas Party, Americus, GA,” 1976-78.

But it’s better to let viewers decide for themselves the reasons that, for example, the archival pigment print of “Koi, China,” 1999, appears in proximity to the weathered-negative print of “Marching Band,” 2015.

It’s important to note here, however, that the final ten photographs of this 61-piece exhibition are works by other photographers, from Bunnen’s personal collection. Ranging in date from Michael Ackerman’s “Cabbage Town,” 1998, to Stephanie Dowda’s “Sense of Revenant,” 2014, they set the formalist and thematic aspects of Bunnen’s work in a larger contemporary context, in which the images neither echo nor contrast with Bunnen’s, but provide a bracing counterpoint to and conversation with them.

An upcoming curator tour of the exhibition with Allison Grant, scheduled for October 16 from noon to 2 p.m., will be an excellent opportunity for further exploration of these and many other topics.