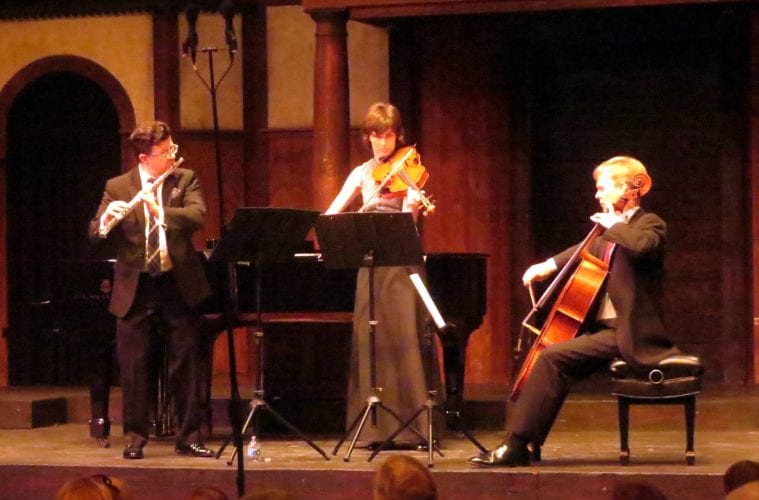 On Tuesday evening the Atlanta Chamber Players opened their 2016-17 season at the Shakespeare Tavern Playhouse with a concert of music by Roussel, Beethoven, and the world premiere of a new work by 2016 Rapido! Composition Contest winner Mark Buller.

The program opened with the Trio for Flute, Viola & Cello, Op. 40, by Albert Roussel, performed by flutist Todd Skitch, violist Catherine Lynn and cellist Brad Ritchie. Composed in 1929, it proved a fun, fanciful work by a composer who had his feet in the classical formal traditions and his ears attuned to the fresh, young artistic environment of late 1920s European modernism. Poised between a pair of ebullient outer movements, a contrasting Andante walked an airy tightrope among multiple tonalities, arriving at last on the solid ground of its original key.

Dedicated to French flutist Georges Barrère, it is no wonder that Roussel’s Trio seemed to emphasize Skitch’s well-rounded, lyrical flute playing, yet the ensemble as a whole felt well-balanced and natural. A goodly amount of pizzicato from Ritchie’s cello part in the final movement lent some additional, delightful verve and spunk to the piece. 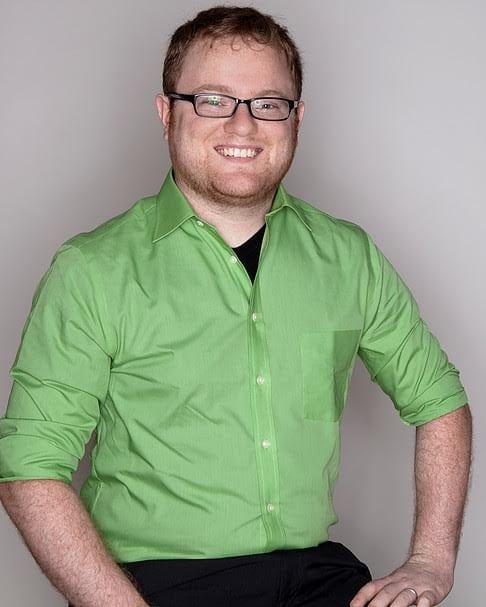 This past January, Houston-based composer Mark Buller won the national finals of the 2016 Rapido! Composition Contest. The finals were held at the High Museum’s Walter Hill Auditorium as the focus of a concert by the Atlanta Chamber Players.

Founded in 2009 by ACP and the Antinori Foundation to promote new composition for chamber ensemble, the 2016 Rapido! contest required entrants to compose four to six minutes of music for violin, clarinet and piano. Composers were given just two weeks to write their pieces.

Buller’s entry, “Regressive Variations,” won him the contest’s Southwest regional finals the previous fall, placing him in contention for the national competition against four other regional finalists from across the United States.

As the national winner, Buller received a $7,500 commission to enlarge his composition for a world premiere performance by the Atlanta Chamber Players and another performance in April at the SoundNow Festival here in Atlanta, plus subsequent performances by participating ensembles in four other cities — Boston, Dallas, Detroit and San Francisco.

The first prize also includes a residency at the Hambidge Center for the Arts in north Georgia, and a commission to write a new work for the Atlanta Symphony Orchestra, which is scheduled to receive its premiere on June 1, 2017.

But back to Tuesday’s concert: The result of Buller’s Rapido! chamber commission is “Motion Studies” — in three movements, with the contest-winning “Regressive Variations” serving as its final one.

If one were to judge solely by this work alone, one might be tempted to say that, much like Roussel was in the early 20th century, Buller has the mind of a classicist with an inclination for taking those forms beyond their typical boundaries and giving them something new to say in what is still an approachable way for an astute average audience.

The first, “Treatise on Friction,” is a somewhat loose take on sonata form; the second, “Jeux” (French for “Games”), being a kind of “broken minuet” with a brisk trio in the middle. The final movement, “Regressive Variations,” is a sort of backwards theme and variations form that begin with complex music which gradually seeks out and finds a theme, then with increasing momentum builds back through previously heard material to an exuberant conclusion.

Worth noting that these three musicians regularly perform together as the Cortona Trio, an ensemble born of the fact that they are all members of the faculty at the McDuffie Center for Strings in Macon, part of the Townsend School of Music at Mercer University.

Composed in 1811 and the penultimate of Beethoven’s works for piano trio, the “Archduke” is perhaps the most popular among them. In fact, Tuesday’s performance was the second time in just over a week that I’ve heard it performed. It is a predominantly cheerful work, and the three musicians played it with an instinctive sense of emotional flow and energy. Their long experience playing together as an ensemble showed well.