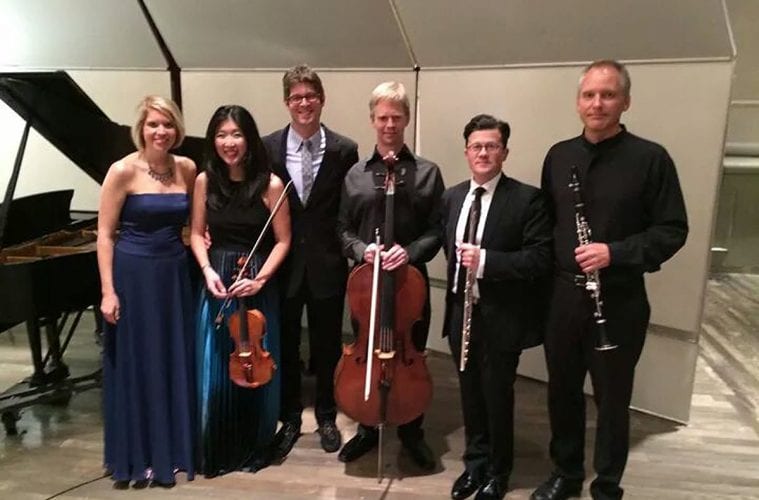 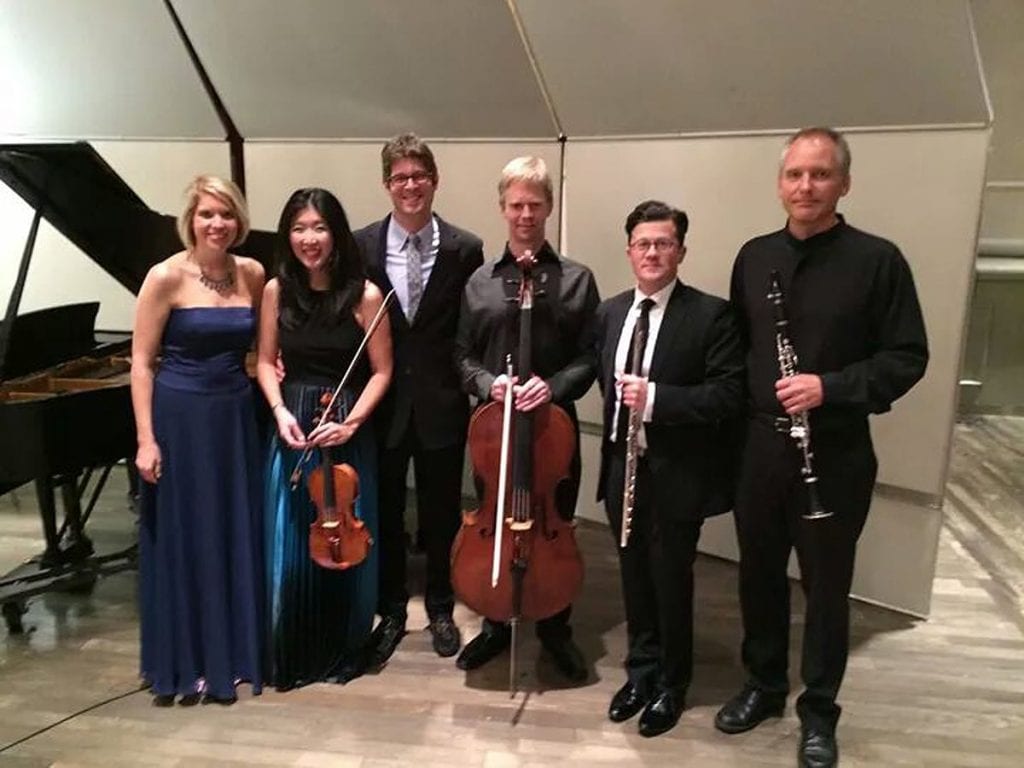 This past Sunday afternoon the Atlanta Chamber Players performed a concert of music by Glick, Dvořák and Adam Schoenberg as part of the Cultural Arts Performance Series of Ahavath Achim Synagogue on Peachtree Battle Avenue. ACP has performed frequently in the synagogue’s acoustically notable Ellman Chapel, but their last concert there was filled to capacity. Sunday’s performance took place in the larger Srochi Hall.

The concert opened with the Suite Hebraique No. 5 by Srul Irving Glick (1934–2002). Perhaps less widely known among the general classical audience in the United States than in his native Canada, Glick was one of that country’s more prominent composers and is known for his lifelong dedication to the music of the synagogue, cantors and cantorial chant.

Completed in 1980, the 15-minute suite offers up an effective amalgamation of traditional Jewish idioms within a well-crafted, easily attractive modern compositional style.

Flutist Todd Skitch, clarinetist Ted Gurch, violinist Helen Hwaya Kim and cellist Brad Ritchie performed the suite, which opened with a cheerful “Circle Dance” full of melody with asymmetrical rhythms. The ensuing “Prayer and Chassidic Dance” began with a plaintive cantorial melody, played by Ritchie. The music began to gradually pick up pace as it moved into the brief dance passage, returning to the cantorial theme to close the movement quietly. The appealing suite was rounded out with a lively “Wedding Dance.”

Artistic director and pianist Elizabeth Pridgen then joined those four musicians for the world premiere of Adam Schoenberg’s “Ahava” (אהבה) — a Hebrew word meaning “love” or “affection.” The music was commissioned by Atlanta Chamber Players with the support of Steven and Lynne Steindel, in honor of the synagogue. In his program notes, Schoenberg writes how his compositions over the past year have been inspired by his family life, especially the birth of his son, Luca, stating, “I wanted to write a piece that represents my life right now: A work filled with atmosphere, rhythm, and joy.”

“Ahava” has immediately observable stylistic affinities for both Aaron Copland’s Piano Sextet and John Adams’ “Shaker Loops.” It’s a very familiar and approachable style for the audience and certainly in that respect, in line with other of Schoenberg’s works that have been heard in Atlanta.

Schoenberg dedicated the work to both the Steindels and the ATL Symphony Musicians — who have just this week gone back to work at the Atlanta Symphony Orchestra after a nine-week lockout by the Woodruff Arts Center, the orchestra’s parent company. Five of the seven musicians performing in this concert are also members of the ASO.

In both Glick’s Suite Hebraique No. 5 and Schoenberg’s “Ahava,” the mixed ensemble played with an excellent musical sensitivity among themselves that hinted well at what was yet to come.

After intermission, Pridgen, Kim and Ritchie were joined by violinist David Coucheron and violist Catherine Lynn for Antonin Dvořák’s Piano Quintet in A major, Op. 81. It marked Coucheron’s first public performance with the group.

Approximately 40 minutes long, in four movements, it is inspired by the sensibilities of Dvořák’s Bohemian homeland but is the work of a mature artist for whom those elements are secondary to depth of compositional craft. Though perhaps less popular than his Piano Trios, especially the Op. 90 “Dumky” Trio, composed some four years later, this quintet stands at the pinnacle of Dvořák’s chamber music.

The performance was no less than stunning: the highlight of the concert. From the opening measures, with its lyrical cello theme over piano accompaniment, one could tell something extraordinary was in the making. Especially remarkable was the musical chemistry between violinists Coucheron and Kim. And you could see Kim smile when their playing was particularly symbiotic and on target.

If anything felt hesitant, it was only the opening moment of the finale. Otherwise, the ensemble was thoroughly coalesced for the spirited polka-like rhythms with which it is infused, bringing the concert to a cheerful, ebullient close.

(Full disclosure: the author will have a new composition of his own premiered by the Atlanta Chamber Players in early May.)

Boston-based composer and author Karl Henning contributed to this review.