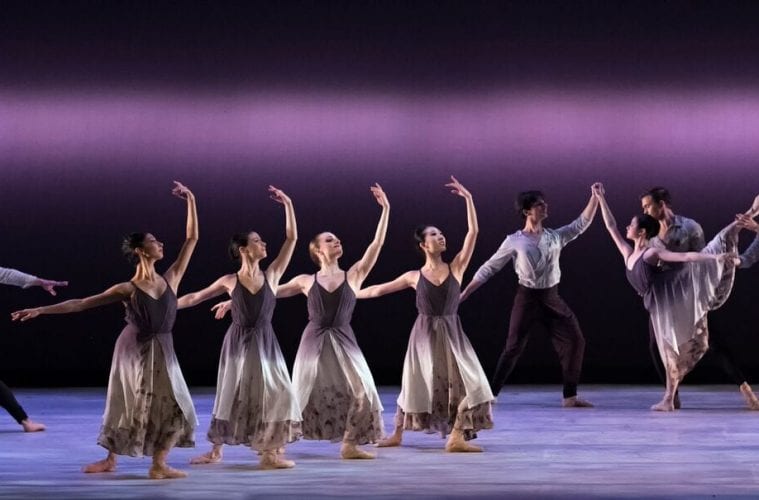 Artistic director Gennadi Nedvigin’s choice to take a stab at the idiomatic demands of a work like Swan Lake without updating its presentation was a gutsy move, considering newer versions have been created elsewhere. English choreographer Matthew Bourne, while still using Tchaikovsky’s iconic score, replaced all of the female swans with male swans; Swedish dance-maker Alexander Ekman created a fantasy world where the entire stage was covered with water, while Natalie Portman brought Odile and Odette into movie theaters worldwide. Trusting the longevity of the original choreography is one thing, but fulfilling the more human aspects of the work with believable and generous performances of it is entirely another.

Atlanta Ballet has undergone a public repositioning since Nedvigin took over two years ago. Yet, for an out-of-town or first-time patron, qualifications are moot and the company can only rely on what it has to offer in the moment. The programming for Black Swan showed palpable differences in delivery between Petipa’s at once flashy demands and Davidson’s sinewy abandon, suggesting the current company aligns more closely with a forgiving construct.

The curtain for Black Swan rose to an immense, opulent pale blue backdrop, adorned with frescoed, renaissance-era courtyard scenes. The images in the trompe l’oeil paintings were echoed onstage, brought to life by scenic designer Jens Jacob Worsaae, who augmented the sense of time and place with richly detailed period clothing, lavish crowns and wigs. The fundamental gap, where environment was concerned, was the use of recorded music that, when absent, left a profound and tangible void not only in our ears but in the bodies of the dancers. It felt as though the entire production would deflate as soon as the stage went silent — awkwardly abandoning any momentum that had been generated.

The primary leads in the Sunday afternoon performance were technically proficient newcomers Emily Carrico as Odile and Moisés Martín as Prince Siegfried. Joining them onstage as the Queen was Sharon Story, dean of the Atlanta Ballet Centre for Dance Education. Later, Nadia Mara, longstanding jewel of Atlanta Ballet, appeared as one half of the tambourine-wielding Neopolitan duo. Hence, there was a dramatic mix of experience, history and understanding among the cast members. The excerpt from Petipa’s Swan Lake took the company back to ballet’s roots.

Petipa’s Act III is primarily focused upon smaller groupings of dancers who parade on and off stage, beguiling and delighting the Prince, who all the while pines for his White Swan. During the infamous pas de deux, both Caricco and Martín took the stage individually and together to maneuver through Petipa’s choreography. The pair consumed space and landed turns on cue, punctuating the music with a subtle turn of the head or an occasional flourish of the wrist.

Yet Caricco and Martin withheld their movements, keeping energy tightly gripped in their necks, eyes and lungs. Though wild abandon isn’t typically a descriptor for classical ballet, there was little that extended beyond the dancers’ immediate body spheres. Rarely, if ever, was there a beckoning glance to one another. Missteps, strained partnering and one angry side-eyed glance revealed a profound insecurity that seemed to be prevalent not only in the pas de deux, but throughout the excerpted ballet among many of its dancers. Physicality and chemistry gave way to a quest for airless perfection, revealing limitations rather than juicy potential.

The Czardas and Mazurka were scintillating in their musicality and visually impressive but felt almost choked or possibly arrested by the character shoes, doubt, fatigue or the antiquity of it all. Early in the ballet, it was the brief and curiously flirty waltz by the six Princesses that carried the most personality. Later, a vision of the White Swan, danced by Charlotte Herman — who cunningly appeared through one of the painted frescoes — appeared momentarily, but Siegfried chooses to ignore the apparition, adding brief and savory emotional weight.

The ultimate question that came to the surface was, Why? Why this excerpt? Why this version? Why now? Why turn back the clock to a ballet that could almost be classified as insensitively insensitive? Timid, though often properly executed, technique kept the work from leaping off the page.

Craig Davidson’s piece, Remembrance/Hereafter, was commissioned by Atlanta Ballet and set to a live performance of Franz Schubert’s Quartet No. 14, “Death and the Maiden.” It allowed the ensemble to move with unearthly grace and a clarity that was as refreshing as it was captivating. Davidson carefully crafted a work with pronounced attention to Schubert’s score, bridging sections with effortless transitions, seamlessly delivering the audience from one idea to the next. A hanging garden, sculpted into three overlapping geometric shapes by Kate Venables, evoked triumphal arches from ancient Roman churches. The dominant horizontal strip of white light on the apricot-colored scrim gradually ascended along with the sculpture, taking our eyes toward the heavens, grounding the piece in the idea that something greater lies beyond.

Women costumed in eggplant, floral dresses tossed their limbs and spiraled into and out of the arms of their male partners with the buoyancy of silk. The men, who mostly carried the women, had their most evocative moments in the second section of the work. Here they charged through the space in quick bursts of energy, diving into the air as though gravity reversed itself.

Particularly captivating were Jessica He, Airi Igarashi and Erica Alvarado, who blossomed in the second section. Behind a dimly lit scrim, dancers moved through a misty grey environment, appearing and disappearing in various postures, held high above a partner’s upstretched arms. They were figures in a moving photograph who came to three-dimensional life when the scrim was lifted — they were ghosts of loved ones, now briefly visible in the flesh. Although the fundamental through-line felt thin, the piece concluded with a euphoric return of the sculpture, ecstatic movement and mesmerizing, unison partnering.

Atlanta Ballet stands before two diverging paths. Petipa’s roles, created over 120 years ago, are steeped in endless tradition and take time and even life experience to actualize. On the other hand, as evidenced by the almost boundless energy in Craig Davidson’s creation, the newer works offer more promise and greater potential that is beautifully suited to the dancers’ gifts.