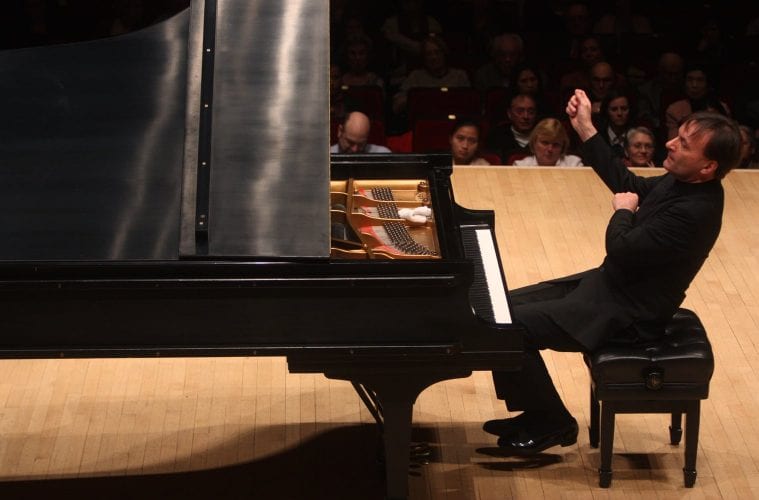 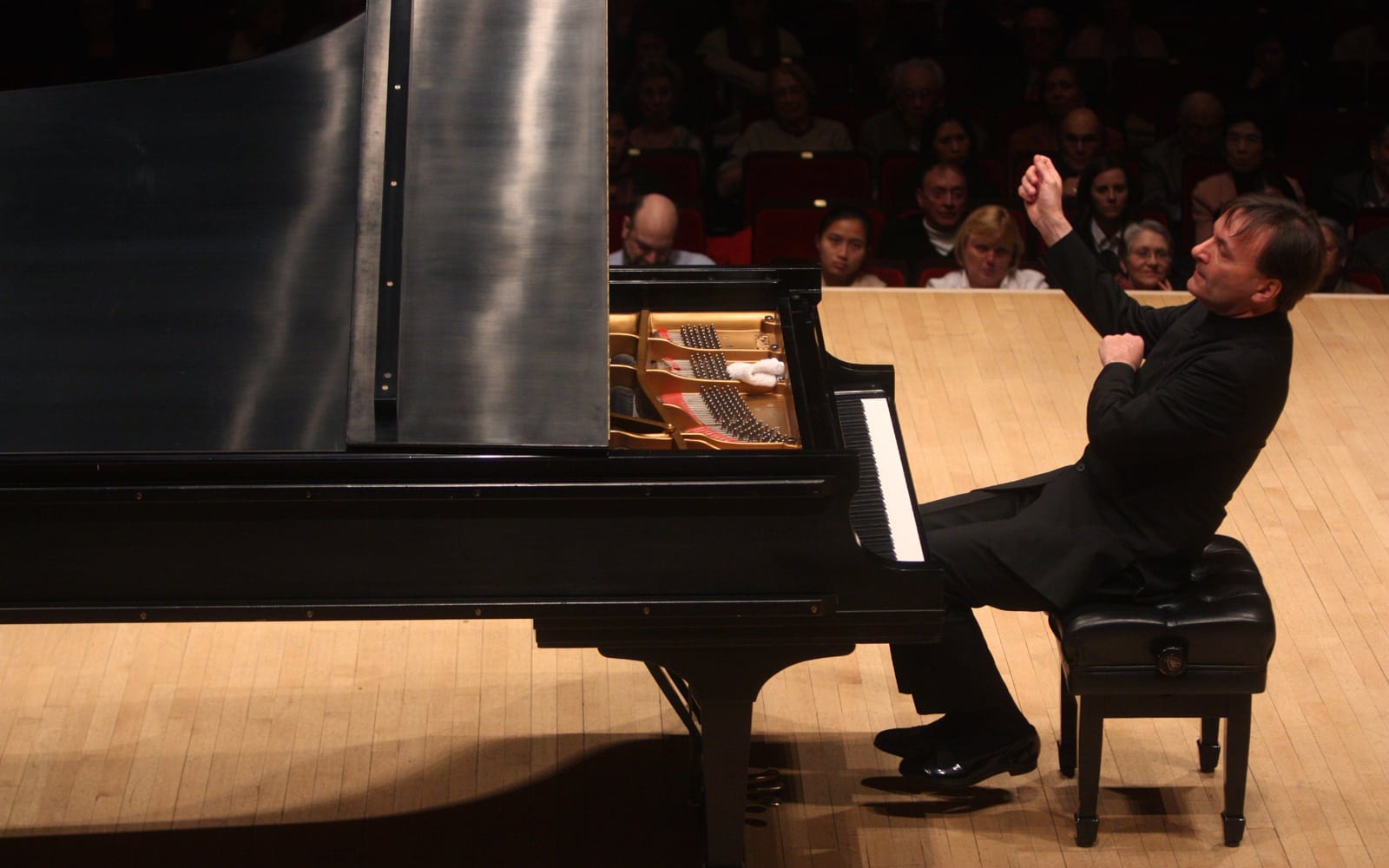 For the Atlanta Symphony Orchestra, this past weekend was an odd one in terms of performance schedule. There was no concert on Thursday, which was Halloween. On Friday, the orchestra officially debuted its “First Friday” concerts concept, though it had a trial run back in the spring, along with the debut of its informal “SoundStage” at the front of the Woodruff Arts Center’s Memorial Arts Building where Symphony Hall resides.

Saturday and Sunday were the ASO’s subscription concerts proper, distinguished from the “First Friday” concert in that everything was different, except for Liszt’s Piano Concerto No. 1 with Stephen Hough, the British pianist, composer, writer and polymath, as soloist. Confused enough already? The situation posed a quandary for critics: which night to review? The decision was made to review all three.

Friday’s “short ‘n’ early” ASO concert opened with the week’s thread-in-common, Liszt’s concerto with Hough. Music Director Robert Spano was conductor du jour. Word was that Spano really wanted to conduct this “First Friday” roll-out, though he has been flying around the country the last couple of weeks playing recitals as pianist with soprano Jessica Rivera and mezzo-soprano Kelly O’Connor. He decided to conduct the Friday concert despite the ASO’s engagement of guest conductor James Gaffigan for the week’s rehearsals and leading the ASO Saturday and Sunday.

Gaffigan, in fact, had done all of the rehearsals of the Liszt, with Spano carefully observing two of them. That means Spano came onstage cold, not having actually rehearsed the piece with the orchestra. But Spano was on his game and the performance was strong and engaged, and Hough was on top of it, too.

The ASO’s new Steinway, which was almost as shiny as Hough’s shoes, finally made its debut under the hands of a guest soloist. There were many reassurances in advance that indeed he would play the new Steinway. It served well. Bets are it will be settle into being a fine solo instrument once broken in.

Beethoven’s Symphony No. 5, which Spano did rehearse with the orchestra, did its duty in rounding out the concert well, though there still seem to be a few questions of balance inside Symphony Hall. The lower strings have the support they have long needed from the new shell, but now the violins seem to be shushed too much and simply need to be more present.

The advent of “SoundStage” — the casual lounge-like “pop-up venue” — also took place on Friday, located in the event room familiarly known as CenterSpace, at the front of the building, with windows overlooking Peachtree Street. One of the great things about using CenterSpace is that activity going on inside can be seen from the street. “SoundStage” attracted a good group of patrons and musicians without the room feeling overcrowded. The Peachtree String Quartet – all ASO members – entertained with a mix of music from Boccherini to the Beatles. The space proved sonically supportive of string quartet music.

Copland’s “Short Symphony,” which opened the show, is a tricky thicket of thistle for an orchestra, with its somewhat “esoteric” style. The “American” signature that would become familiar through his later, more populist “vernacular” style, however, shines through. Gaffigan and the ASO gave it a righteously energetic performance.

Then came Liszt and pianist Hough, and with Gaffigan at the helm the entire musical forces rendered a much tighter, higher-resolution and emphatic performance than Friday’s, which blew the audience away, leaving one audience member to emotionally exclaim of Hough’s performance, “His heart was connected to his hands!” The concert closed with Stravinsky’s 1947 version of his “Petrushka” ballet. The colorful music afforded spotlight to a number of the orchestra’s players, notably among them principal flute Christina Smith and new principal trumpet Stuart Stephenson.