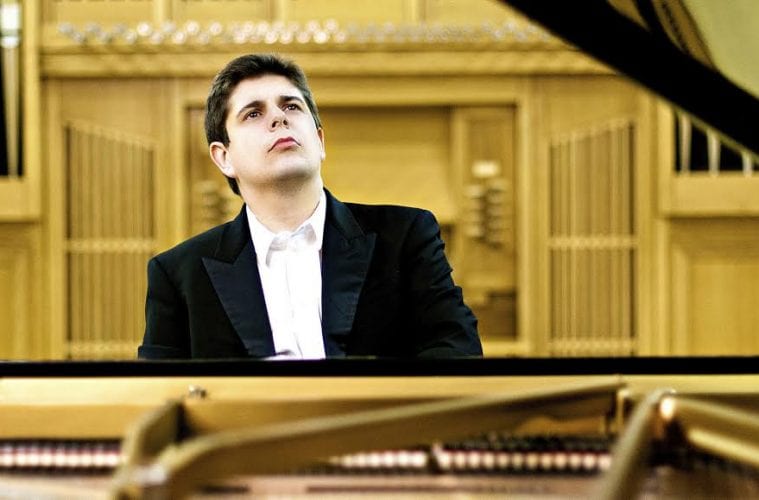 On Thursday, the Atlanta Symphony Orchestra performed a concert of music by Mendelssohn, Schumann and Brahms, led by guest conductor Lothar Zagrosek and featuring pianist Javier Perianes as guest soloist. The program will be repeated in its entirety Saturday evening at Symphony Hall. A shortened version of the program (sans Perianes) will be performed this evening as one of the ASO’s “Casual Fridays” presentations..

This week’s subscription program is ideal in design for audiences who wish to limit their symphonic intake to the 19th-century Germanic mainstay repertoire. That’s not a bad thing, just an assessment of the relative comfort zone.

In the age of sailing ships, a “calm sea” was not a particularly happy thing. To be becalmed en route was cause for alarm. One could become stranded for days, as the voyage could only continue when wind again arose. Mendelssohn places us inside that kind of hesitant, anxious calm until a bird-like flute introduces a change of scene with the arrival of breezes breaking waves — a sign of hope and the activity of preparing to sail. At last flourishing trumpets and drums reflect exultation at the sight of land, then the music subsides in a relieved sigh. 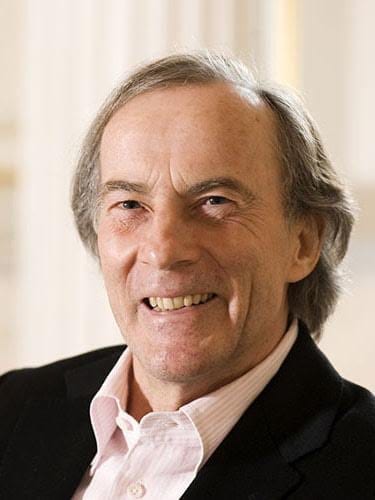 The 74-year-old German conductor Lothar Zagrosek was chief conductor of the Konzerthausorchester Berlin from 2006 to 2011, and prior to that chief conductor at the Württemberg opera house in Stuttgart (1997 to 2006). He adjusted the seating of the orchestra somewhat for this concert, bringing the wind players in closer to the podium and the strings more to the sides, trumpets and trombones were positioned farther back to one side and timpani centered at the back.

Perianes made his ASO debut with this concert, playing Robert Schumann’s Piano Concerto in A minor. Schumann wrote this piano concerto for his wife Clara, a highly esteemed piano virtuoso. He originally composed the first movement alone as a fantasy, then added the other movements four years later to complete it as a concerto. Perianes impressed with his lucid, well-phrased and fluid playing, at once sensitive and virtuosic but never overdone.

After the first ovation, Perianes returned to the stage for another bow. He then turned to the orchestra and asked the first oboist to stand and be acknowledged, as the oboe had a significant part. He stood, and what a surprise, though most of the audience would not have recognized him: Pierre Roy, former principal oboe of the Buffalo Philharmonic Orchestra. Why he was there was not entirely clear. Suffice to say it was totally unexpected and unannounced. Nevertheless: Bravo, Mr. Roy. Well played. ASO principal oboe Elizabeth Koch Tiscione, a former student of Roy, re-assumed first oboe part for the second half of the program in Brahms’ Symphony No. 1.

The orchestra put forth its own best ensemble playing in the Brahms, and Zagrosek gave it a good bit of his own signature as well. Zagrosek took the Un poco sostenuto of the introduction to the first movement at a good pace, but not too fast, so the ensuing Allegro came out suitably as forcefully energetic but not frenetic.

The symphony’s two inner movements were lighter in demeanor than the first and last. The slow second movement was a gently lyrical Andante sostenuto. The third, a buoyant Un poco allegretto, served as a graceful substitute for a scherzo.

Like the first, the final movement opens with extended slow introduction, rather serious in character, incorporating a noble Alphorn tune Brahms collected in Switzerland (played on French horn by ASO principal horn Brice Andrus). Then the Allegro non troppo finale proper, with its distinguished, hymn-like principal theme brought the work home, ultimately concluding the symphony with a brilliant, majestic coda — a satisfying way to cap off an evening of mainstream classical music.