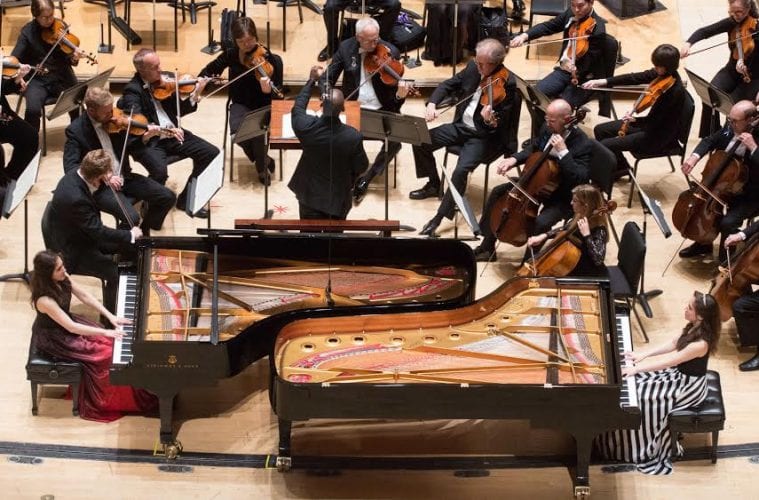 Little, 87, collapsed on stage last Sunday during the encore of a Pops concert as the orchestra performed Irving Berlin’s “There’s No Business Like Show Business.” She was pronounced dead at Grady Memorial Hospital.

Little — who stood just four feet, eleven inches tall — was a founding member of the ASO and played the double bass, the largest instrument in the orchestra. She played under all four of the orchestra’s music directors: Henry Sopkin, Robert Shaw, Yoel Levi and Robert Spano.

The musical tribute to Little was provided by members of the ASO and Chorus, led by director of choruses Norman Mackenzie. Selections included the “Aria” from Bach’s Orchestral Suite No. 3, Brahms’ “How Lovely Is Thy Dwelling Place,” Handel’s “Hallelujah Chorus” and Rodgers and Hammerstein’s “Climb Every Mountain.” Little’s fellow ASO bassists performed Sammy Fain’s jazz standard, “I’ll Be Seeing You,” arranged for them by Michael Kurth. Attendees joined in singing the hymn, “For All the Saints.”

In lieu of flowers, Little’s family has requested donations be made to the ASO’s Musicians’ Endowment Fund. The ASO will name a chair (position) in the bass section in Little’s memory.

On Thursday evening at Symphony Hall, the ASO performed its regular subscription concert of music by Haydn, Mozart and Prokofiev, led by assistant conductor Joseph Young with piano duo Christina and Michelle Naughton as guest artists. 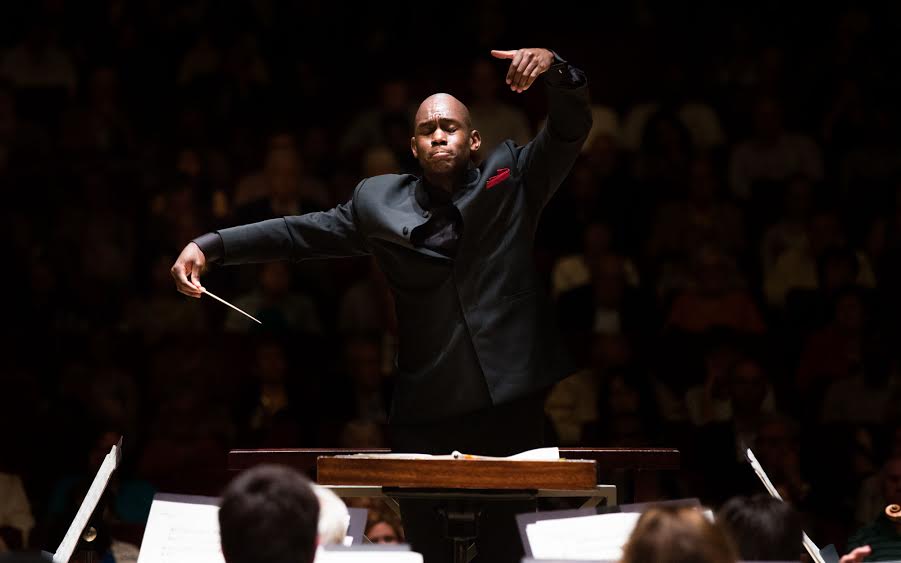 Assistant conductor Joseph Young at the helm of the ASO.

Prior to the orchestral program came the last of the season’s Thursday-only pre-concert chamber recitals, this time featuring music of Sergei Prokofiev. In a foreshadowing of what was to come much later, five ASO musicians — flutist Todd Skitch, oboist Emily Brebach, clarinetist Alcides Rodriguez, bassoonist Andrew Brady and hornist Susan Welty — performed some selections from Prokofiev’s “Romeo and Juliet,” as arranged for woodwind quintet by German flutist Joachim Linckelmann.

The orchestral program at 8 p.m. opened with a tribute to Little.

Barlament offered up an introductory statement, noting the outpouring of sympathies coming from around the globe in reaction to the death of Little, whose 71-year continuous tenure in the orchestra set a new world record in February and made international news. Young then led the orchestra in a heartfelt rendering of “Nimrod” from Edward Elgar’s “Enigma Variations,” in Little’s honor.

Young was named assistant conductor for the ASO and music director of the Atlanta Symphony Youth Orchestra in June 2014. Last week’s concerts marked his ASO subscription series debut. Prior to joining the Atlanta Symphony, Young was resident conductor at the Phoenix Symphony and an American Conducting Fellow with the Buffalo Philharmonic Orchestra.

Franz Joseph Haydn’s Symphony No. 46 is a bit of a foil to the dramatic “Sturm and Drang” of other symphonies he composed around the same time. It is also the only one of his 104 symphonies written in the somewhat challenging key of B major. This concert was the first time the ASO has ever performed it. There were some unfortunate ensemble issues in the strings during the first movement, but even after that the performance felt a bit lackluster. The inventive last movement offered the greatest prospects for imaginative music-making, but it also came across as somewhat ordinary.

W.A. Mozart’s Concerto for Two Pianos, K.365 fared far better in its execution and musical acumen. Central to that were the twin guest pianists, Christina and Michelle Naughton, whose clear and sparkling performance brought out all the concerto’s cheerful, ebullient characteristics in their musical dialogue with each other and the orchestra.

If the Mozart concerto led any listeners to believe that the substance of the Naughton twins is essentially all bright and glittery, their four-hand piano encore completely cut the legs out from under that misconception. “Boogie,” the final movement of “Five Days from the Life of a Manic-Depressive” by American composer Paul Schoenfield, was a raucous, jazzy work with an obsessively driving bass that captured both the exuberant energy of the dance and the unbridled mania of the dancer.

Schoenfield, a Detroit native who teaches at University of Michigan, is noted for his amalgamation of popular, folk and classical music forms. “Boogie” was, frankly speaking, the totally unexpected highlight of the concert’s first half, creating a genuine buzz during intermission.

The orchestra did their finest playing of the night on the second half of Thursday’s program, with Young leading an impressive, assured rendering of excerpts from both of Prokofiev’s “Romeo and Juliet” suites, ending with “Juliet’s Death” drawn directly from the ballet score. It was an excellent cap to the evening.