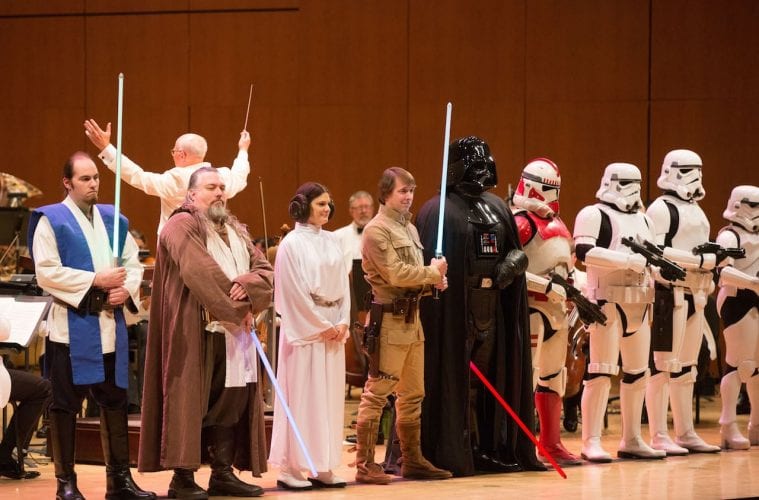 Review: The Force is with them as the ASO treats a packed house to the music of John Williams 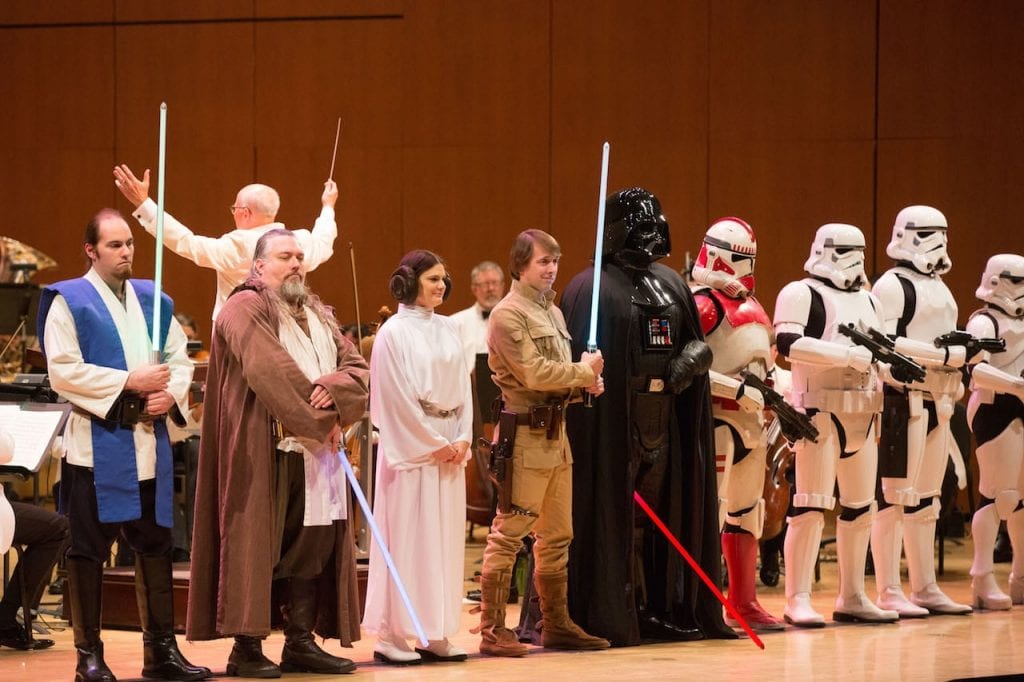 It was a playful night for the ASO, complete with characters from Star Wars. (Photos by Jeff Roffman)

Movie music — the scoring or background music within a cinematic presentation — affects how the viewer feels about what’s happening onscreen. The music can be literal, synchronized with and reinforcing what is already happening in the scene. It can direct our emotions if the visual portrayal isn’t providing us with enough information (think of Miklós Rózsa’s scoring in Alfred Hitchcock’s classic Spellbound).

The cinematic music can even serve as a subconscious reminder of a character or previous occurrence within the film, a technique borrowed from opera composers like Giacomo Puccini and Richard Wagner.

American film composer John Williams requires no introduction and is perhaps the most prolific and skilled at accomplishing these functions within his film scores for action-adventure movies, beginning in 1975 with the classic man versus nature thriller Jaws.

Williams’ music is symphonic, carrying on the tradition of Hollywood’s Golden Era of high-caliber film music that commenced in the 1930s and spanned for approximately 30 years. He’s also the beneficiary of a generation of talented musician immigrants who fled Hitler’s horrifying ascendancy and made a new life in California, teaching and composing.

One such immigrant, the composer Mario Castelnuovo-Tedesco, instructed a cohort of promising film composers that included John Williams, André Previn and Henry Mancini. 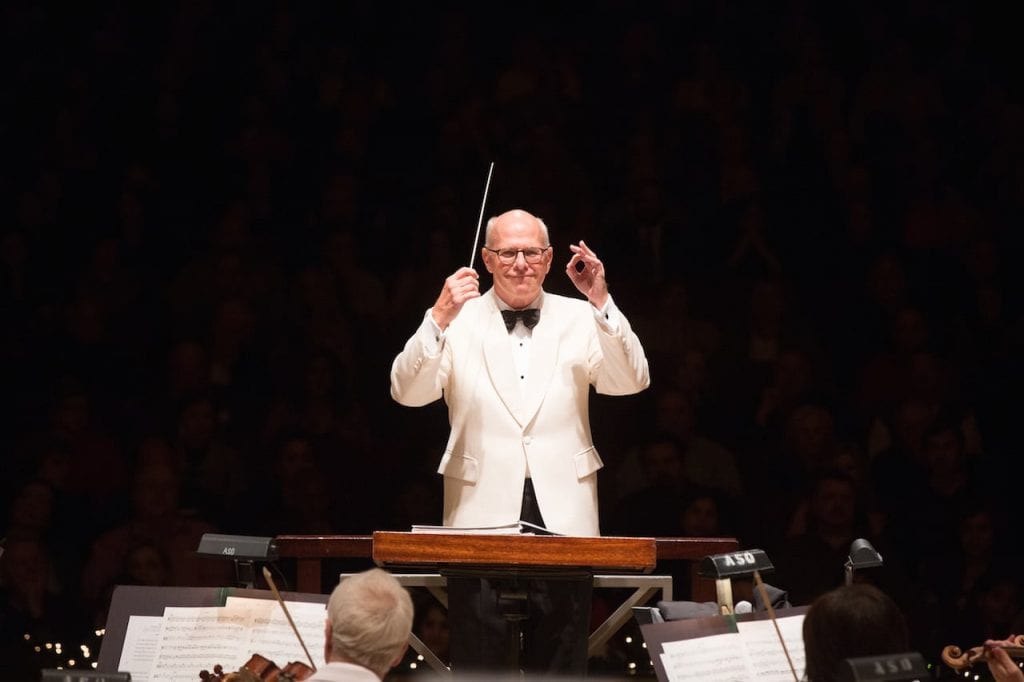 Led by guest conductor Michael Krajewski, the Atlanta Symphony Orchestra played to a sold-out house on Friday evening for the opening night run of its Pops! Series offering “Star Wars & More: The Best of John Williams.”

Krajewski has had a long career, first honing his skills as a conductor with Pierre Monteux, and later serving as conductor of the Florida Symphony Orchestra in addition to an impressive career conducting internationally in both classical and popular music arenas. Krajewski’s choreography on the podium is understated and his beat pattern discreet; he let Williams’ music speak for itself resisting any sort of flamboyant over-the-top antics.

However, if Krajewski had not chosen to conduct for a living, stand-up comedy could have been a viable career option. His well-timed, droll narration between selections was the glue that tied the evening together. He drew the audience in by sharing his personal remembrances of black-and-white Superman episodes and John Williams trivia.

The first half of the concert included a variety of selections from Williams’ musical career while the second half was dedicated to the music of Star Wars. The Atlanta Symphony began the evening with the whimsical “Flight to Neverland” from Hook and then launched into the low rumbling of the cello and double basses that introduces the famed two-note theme from Jaws.

But John Williams’ talent lies not only in bringing out these individual voices within the orchestra, but in his gift of melody — its symmetry and memorability. The Atlanta Symphony Orchestra spun out these melodies with energy and beauty as layer upon layer of instrumentation was added.

The outcome was a beautifully executed musical product with popular appeal, and an observably appreciative audience.