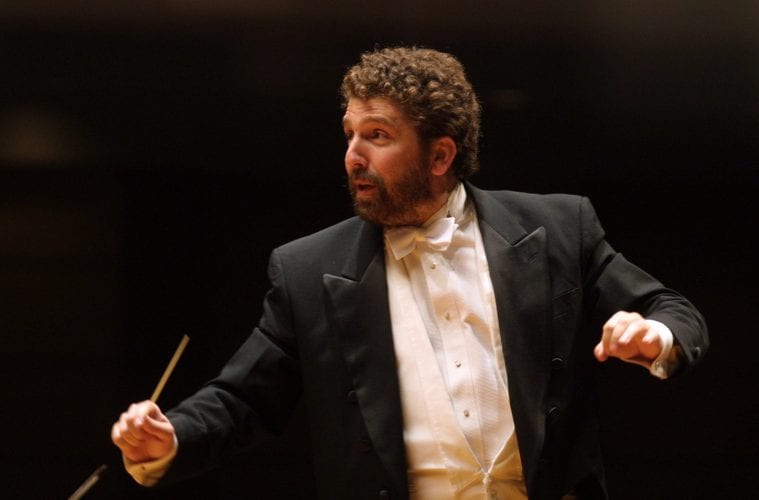 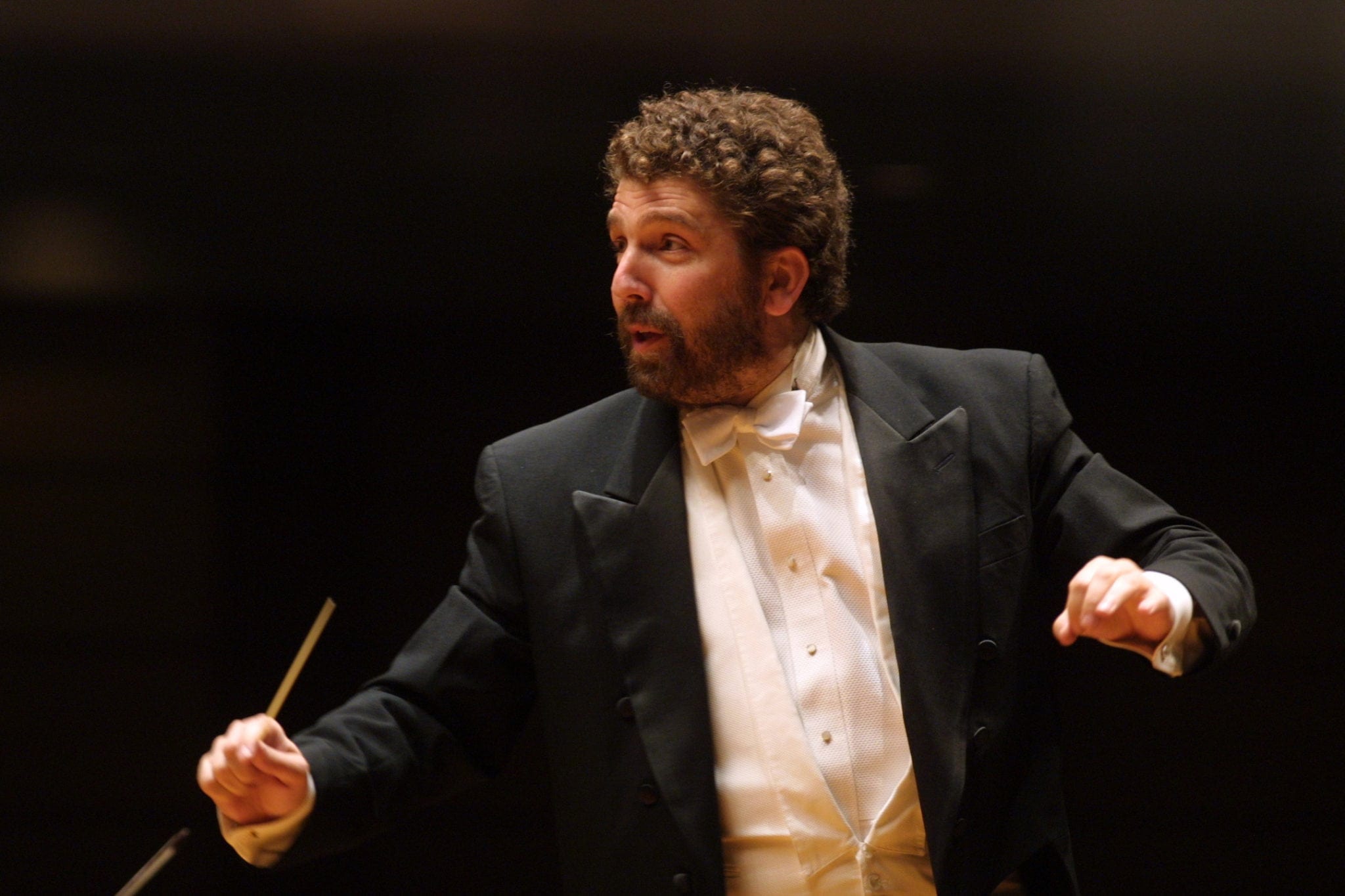 Asher Fisch conducted the ASO in a concert of Mozart, Strauss and Wagner.

Thursday’s Atlanta Symphony Orchestra concert featured two distinguished artists, Canadian pianist Stewart Goodyear and Israeli-born conductor Asher Fisch. Each has emerged as a bit of a specialist, in areas that wouldn’t seem to intersect. So, on paper, they’re a bit of an odd couple.

Fisch’s success so far has taken place primarily in the opera house, where he is especially known for his work with Wagner and Strauss (two of the composers on Thursday evening’s program). As principal guest conductor at the Seattle Opera, he functions as the resident Wagner specialist, and Seattle is one of America’s leading Wagner houses. (ASO Music Director Robert Spano has conducted a “Ring” cycle there as well.) It isn’t as though Fisch has avoided the concert hall, but his postings have been in opera houses and his guest spots with orchestras often focus on the operatic repertoire. He seems to be moving out of this box, and will soon add an Australian orchestra to his list of permanent positions.

Unlike many of the piano prodigies emerging today, who migrate toward the flashier late-Romantic and modernist works, the better to dazzle audiences with their technical prowess, Goodyear has focused on the Classical era. He recently recorded all 32 Beethoven piano sonatas.

The result of this unlikely pairing was a finely rendered and insightful reading of Mozart’s C-minor Concerto. The work is uncharacteristically tragic and fiery, and it is Mozart’s most Romantic composition. Goodyear brought to it a nice sense of detail, exquisitely shaped phrases and free rubato. His lightning speed in some of the most complex passages worked to enhance the drama and contrasted with his delicate approach to the gentler moments. He is perhaps the only major pianist left who consistently improvises his cadenzas, and his first movement cadenza was built from Mozart’s themes, elegantly brought forward to more modern eras and performed with finesse and taste.

As Goodyear opened the second movement with some of the gentlest playing of the evening, an especially jarring cell phone began to ring. The pianist, startled, looked up from his keyboard but continued. Such intrusions are becoming routine. 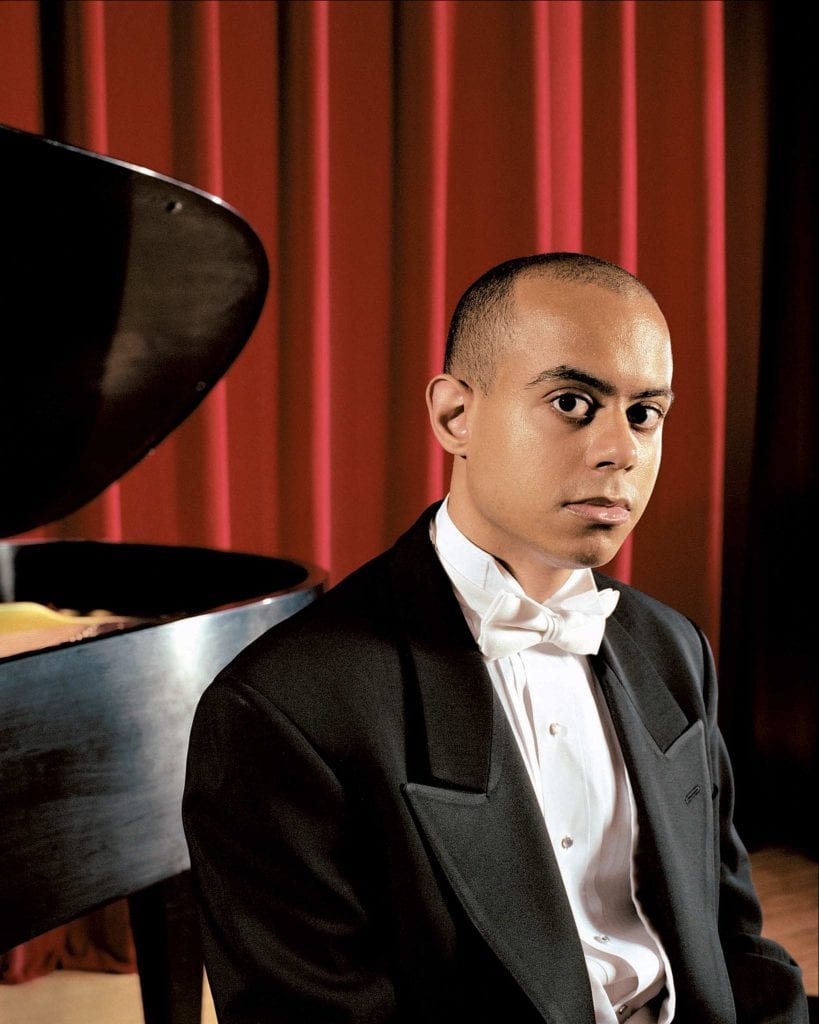 Fisch showed himself to be at home in this repertoire. The orchestra was pared down to about 35 players, and for much of the concerto we got a transparent, spare sound appropriate for Goodyear’s playing. Still, in the more Romantic passages and especially in the Allegro, there was richer texture, almost Beethovenesque. Both flutes and woodwinds were on display here and very exposed, acquitting themselves well. The sadness of the work came through, along with occasional moments of joy.

The concerto was preceded by Mozart’s delightful D-major Rondo, in a fleet, gentle reading. Oddly, this was apparently the ASO’s first performance of this work, which made a nice appetizer for the concert as well as a foil for the darkness of the concerto.

After the intermission, Fisch turned to Richard Strauss, a composer he knows quite well from the opera house. In this case, however, we got “Death and Transfiguration,” a tone poem that envisions a dying man’s last hours, as he looks back on his life and experiences a revelation. Here, some of the gentlest passages Strauss ever wrote contrast with intensely dramatic waves of music.

With Strauss, even death must be approached as a sort of dance, and so in this work his signature waltz-like passages arrive, pulsing and receding. When conducted properly, as it was here, it makes your feet want to move. Fisch was the star here, in complete control. Dynamic discipline was matched by well-behaved brass. Even the most intense passages were rendered without resorting to excesses of volume. Only in the final chord did we get a bit of intonation drift.

Sadly, Atlanta is not a Wagner town. Our opera company lacks the resources to mount serious stagings of most of the major Wagner canon and, with the exception of “The Flying Dutchman,” Atlanta has not had a professional, staged production of a Wagner opera since the days of the Metropolitan Opera “Caravan.”

Fisch, however, is one of the great Wagner conductors of our era, and he chose to end the concert with a 20-minute medley from “Die Meistersinger von Nürnberg.” Opera is about singing, and orchestral excerpts cannot take the place of the real thing. And Wagner is never simple: you cannot really comprehend this music without a strong sense of the text and of the extra-textual effects that come from a well-thought-out production. Still, there are virtues to this approach. Moving the orchestra from the pit to the stage gives us a better chance to appreciate Wagner’s nuanced orchestral score, and the focus on a few passages allows us to relish tiny details we might miss with all the complexities of full-scale production.

Hearing Fisch conduct this work was like hearing a master class in Wagner conducting. He drew gleaming colors from the orchestra, and we heard a level of precision that is all too uncommon, even in the rarefied world of Wagner, perhaps music’s greatest giant.

The concert will be performed again Friday and Saturday, November 2 and 3, at 8 o’clock each evening.