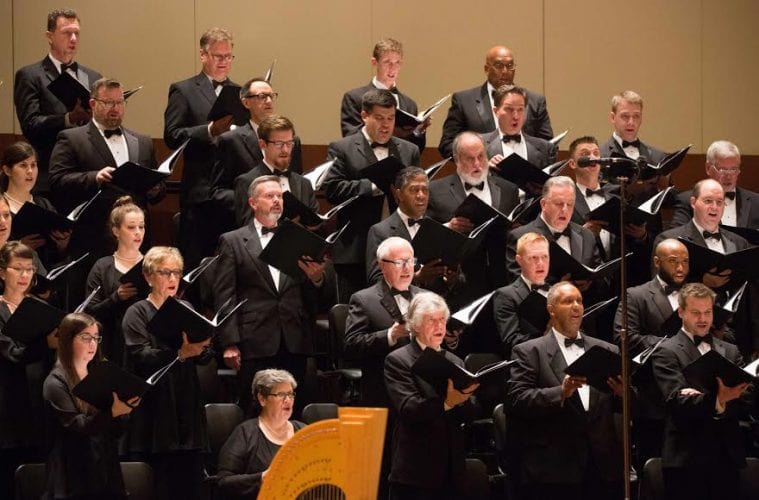 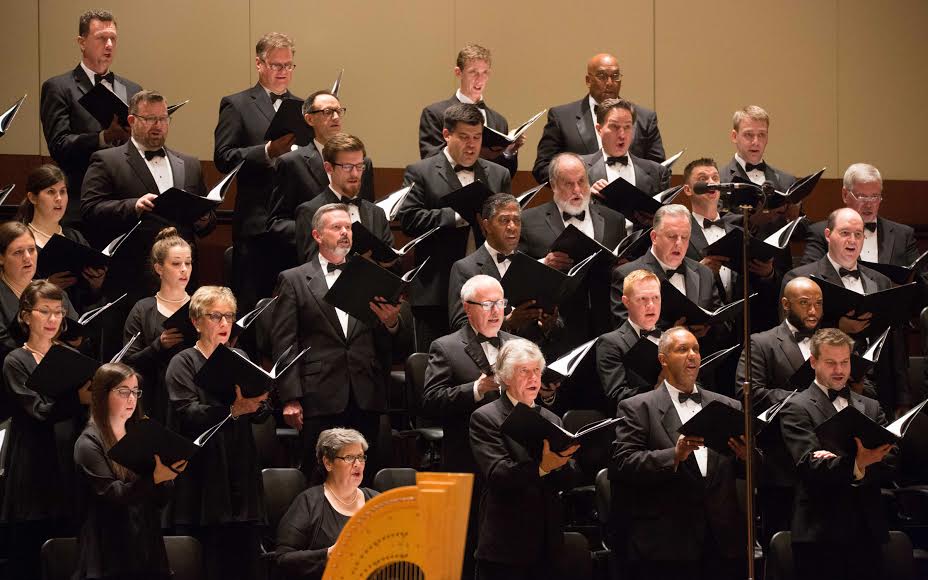 The ASO celebration of Shaw’s centenary year will culminate in a Carnegie Hall concert in April. (Photos by Jeff Roffman)

On Thursday at Symphony Hall, in celebration of the centenary year of the late Robert Shaw, the Atlanta Symphony Orchestra and Choruses, led by conductor and ASO director of choruses Norman Mackenzie, performed a concert of choral-orchestral classics closely associated with Shaw’s career by Mozart, Brahms, Mendelssohn, Verdi, Poulenc, Duruflé and Bach. Vocal soloists were soprano Jeanine De Bique, mezzo-soprano Magdalena Wór, tenor Richard Clement and bass Tom McNichols. The concert will be repeated on Saturday evening at Symphony Hall.

Already internationally noted for his reputation for choral excellence, when he arrived in Atlanta as the ASO’s music director in August 1967, Robert Shaw founded the Atlanta Symphony Orchestra Chamber Chorus, which made its debut that December. 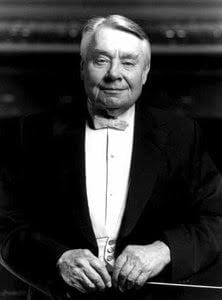 In 1970, he founded the 200-voice Atlanta Symphony Orchestra Chorus, from which the ASO Chamber Chorus is now drawn by audition. Shaw stepped down as music director in 1988, becoming the orchestra’s music director emeritus and conductor laureate, guest conducting more with other orchestras, summer festivals and his choral workshops at Carnegie Hall.

Mackenzie had a 14-year association with Shaw in various capacities as a choral assistant and keyboardist until Shaw’s death in January 1999. In 2000, Mackenzie was appointed director of choruses, the most logical choice to replace Shaw in terms of his choral legacy with the ASO. Worth noting here that Mackenzie has been at the helm of the ASO Choruses for longer than his years of working with Shaw. So while acknowledging the giant shoulders he stands upon, Mackenzie has also forged his own path as conductor in extension of that legacy.

While Mackenzie primarily prepares the choruses for concerts led by other conductors — most notably ASO music director Robert Spano and principal guest conductor Donald Runnicles — there are occasions when he has opportunity to lead the chorus and orchestra in concert himself, primarily the annual “Christmas with the ASO” programs. In this Shaw Centenary season, this week’s “A Shaw Choral Celebration” concerts offered him another such opportunity.

The 60-voice ASO Chamber Chorus was featured in the first half of the concert, performing with the orchestra W. A. Mozart’s Mass in C Major, K. 317 — familiarly known as the “Coronation Mass.” With a orchestra of appropriate size underscoring them, the Chamber Chorus delivered and crisp, clean performance of the nearly half-hour Mass. The four vocal soloists — De Bique, Wór, Clement and McNichols — made for a suitable and mostly unified quartet.

The second half of the concert, featuring the full Atlanta Symphony Orchestra Chorus, opened with a video preview of the film, Robert Shaw: Man of Many Voices, which will have its debut screening on April 24 in Symphony Hall.

Mackenzie then took a few moments to explain the rationale behind the second half’s programming. He pointed to the annual “Christmas with the ASO” concerts as a model, which Shaw himself had originally designed. In that, Shaw had a demonstrated his particular genius for assembling very different short pieces of music into a long intelligible arch which makes both musical and thematic sense.

That served as the premise for not only the selection of short works and excerpts from large choral-orchestral works which represent well the Shaw legacy, but also their order, so they come across as a unified whole. With that in mind, Mackenzie asked the audience to hold any applause until the concert’s end. 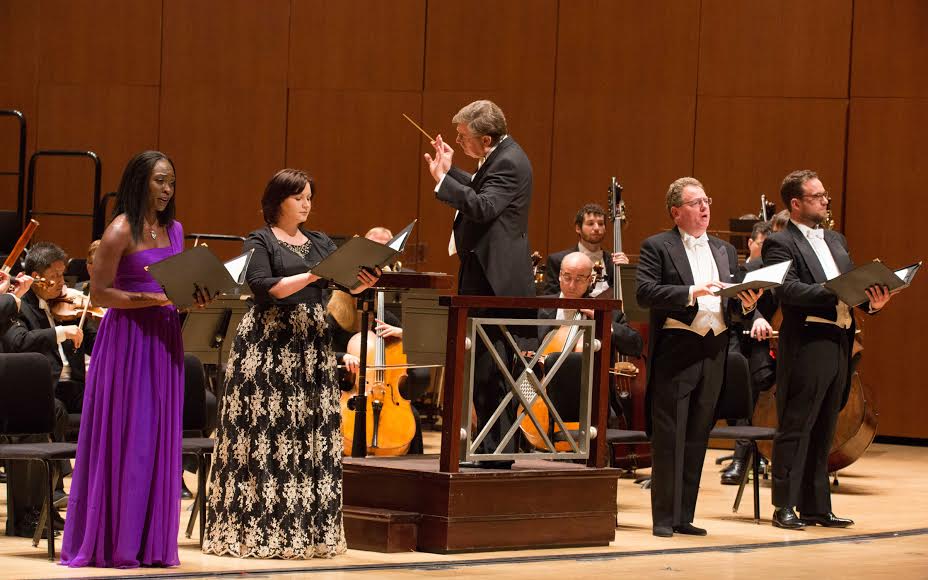 The combined ASO forces began with the longest work in the assemblage, “Nänie,” Opus 82 by Johannes Brahms, about 13 minutes duration. The chorus followed with a brief unaccompanied work, Felix Mendelssohn’s “Heilig.” Giuseppe Verdi’s “Stabat mater,” the second of his “Quattro pezzi sacri” was almost as long as “Nanie.” All of the subsequent works in the lineup were much shorter, around three to four minutes apiece.

There came two modern French pieces, the spunky “Gloria in excelsis Deo” from Francis Poulenc’s “Gloria” (1959) and the “Sanctus” from Maurice Duruflé’s Requiem, Opus 9 (1947). They were followed by “Gratias agimus tibi” from Johann Sebastian Bach’s Mass in B minor, BWV 232 and the concert concluded with the final chorus from Felix Mendelssohn’s oratorio “Elijah,” Opus 70: “And then, shall your light break forth”/“Lord our Creator.”

All in all, the full ASO Chorus was back on its game in this concert, delivering a performance which well represents the high quality of their long legacy. Choral music fans who didn’t make it to Thursday’s can look forward to Saturday’s reprise.