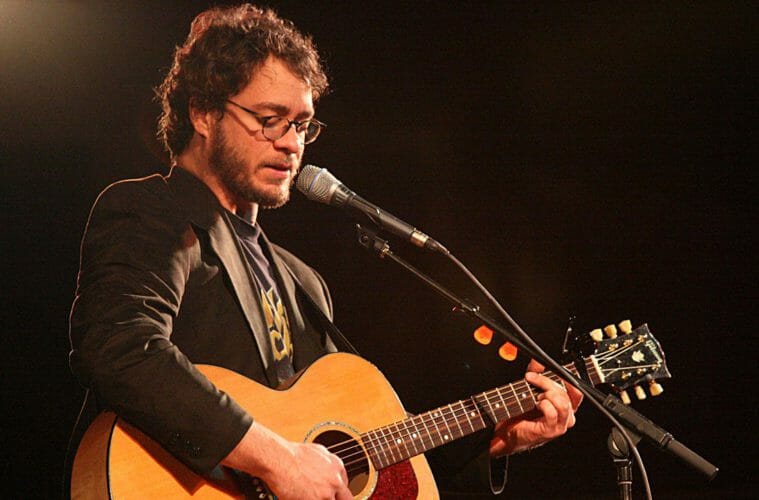 Having quietly built a substantial cult following since the release of his self-titled 2005 debut, Amos Lee has carved out a niche for himself as that rare purveyor of interwoven folk genres, bringing together elements of gospel, blues, country and rootsy folk rock into a seamless and always listenable patchwork. It is a sound that maintains a delicate balance between rock star grandiosity and small town humility, a duality apparent in the man himself as soon as he took the Symphony Hall stage Friday night with a polite smile and gentle wave to the enthusiastic audience.

As the performance with the Atlanta Symphony Orchestra commenced, the same old question loomed: would the symphony actually be put to good use or would this be, like so many rock-band-meets-symphony encounters, another instance of the rockers overblowing their classical counterparts? In this case, the union of Amos Lee and his band with the ASO yielded a transcendental experience that was, in all possible manners, more than simply the sum total of its parts.

Under the command of guest conductor Andrew Lipke — who also wrote and arranged the show’s symphonic elements — the ASO opened with a brief but scenic overture that called up cinematic thoughts of dawn breaking across Faulknerian vistas of Southern wildlife. It was the music that captured the wistful majesty of the the Americana that Lee and company sought to harness and when the band joined in the results were magnificent.

Lee’s voice soars, at once angelic and pure while still carrying a world-weary undertone, with strong similarities to Jeff Buckley and Paul Simon. It is a sincere and organic voice that has been sorely absent from a pop music landscape that has gone too far afield into the world of processing and digital modification. Underscoring such a voice was a band of young veterans adept at capturing Lee’s down-home, campfire aura with a tapestry of thick, pulsating grooves and tender melodicism.

The ASO darted in and out in tasteful, well-placed intervals, underscoring the gospel-tinged quality of the evening’s proceedings. And while the symphony’s presence was neither too sporadic nor too domineering, there was space made for individual players within the ensemble to great effect: “Out of the Cold,” Lee’s homage to the U.S. military, began with an almost avant-garde sounding cello solo. Later on, a melancholy trumpet solo would fade into a horn section, reminiscent of New Orleans jazz. These elegant homages to the roots of Lee’s sound gave the overall evening a sense of conceptual continuity, suggesting that these were not merely songs but vignettes captured on a tour of his salt-of-the-earth mind.

To say that the audience was captivated was an understatement — they sang along with the delicate sincerity of a humble church congregation when they weren’t cheering euphorically. At one point, a young woman sitting nearby was crying openly as she sang. This was an audience fully enraptured by the proceedings, fully indulging in that organic oasis offered by Lee’s heartfelt music.

If there be one criticism of the evening, it was the overly long encore segment, carried out without accompaniment by the ASO. Stripped of that enclosing presence, the proceedings felt less special — the delicate aura was gone and the songs didn’t seem to flow together quite as smoothly as they did before. But we got a great bass solo out of the segment, so perhaps it wasn’t a total loss.

That odd change in tone notwithstanding, the songs were deep and sincere throughout, with Lee taking the time to acknowledge personal interactions with his fans, including one from earlier in the day when a man on crutches tracked him down to talk about how much Lee’s music had meant to him personally. Lee expressed just how humbled he was by someone in that young man’s condition going to such great lengths, and his words felt warm and sincere.

It was a night of real music by real people. And it was really good. In a world of stilted and pre-programmed digital music, Amos Lee offered a gentle reminder of what the human soul has to offer.