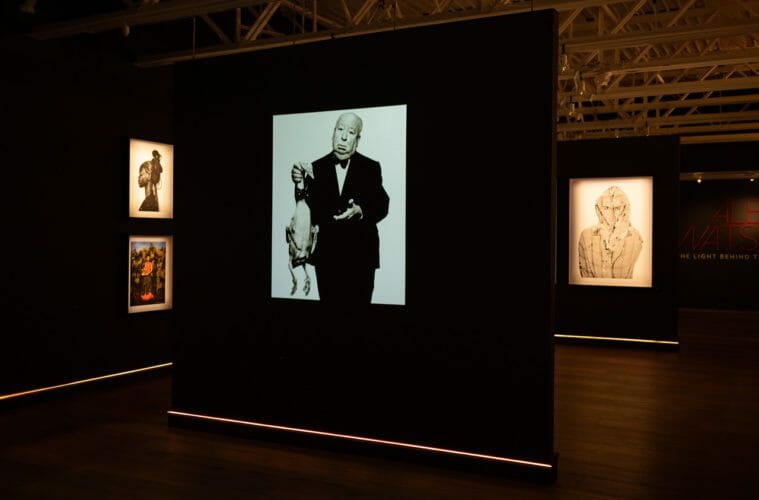 This Alfred Hitchcock photograph is one of many iconic Albert Watson images featured in the current SCAD FASH show. (Photos by Virginie Kippelen)

In the world of fashion and celebrity photography, Albert Watson needs no introduction. His work has appeared in hundreds of ad campaigns for major brands, including Chanel and Prada, and he has been named one of the 20 most influential photographers of all time, along with Richard Avedon and Irving Penn. Alfred Hitchcock holding a plucked goose by the neck for Harper’s Bazaar magazine. That’s his. Mick Jagger and a leopard in the front seat of a car, uncannily leaning toward each other. Another Watson signature.

Yet, despite all the fame, his work has never before appeared in a major solo museum exhibition in the U.S.  Now 79, the Scottish photographer is finally featured in a sprawling retrospective at the SCAD FASH Museum of Fashion + Film, titled Albert Watson: The Light Behind the Lens , on view until October 17.

Andy Warhol (second from right) is one of the celebrities featured in the current exhibit.

Rafael Gomes, director of fashion exhibitions at SCAD FASH, curated more than 50 images from Watson’s extensive archive. This is no small feat considering the thousands, if not millions, of negatives and files Watson produced during his prolific career. The resulting show is a combination of both his most iconic portraits and some less-known personal work, such as a series exploring foliage and moss superimposed on female nudes, inspired by the landscapes of the Isle of Skye in Scotland.

Watson’s expert use of light in his portraiture is bold and creative, as is the whole scenography of the exhibit. The space is plunged into deep darkness, which gives the illuminated prints the appearance of light boxes glowing out of black walls.

Whereas iconic photographers such as Annie Leibovitz or Dan Winters are immediately recognizable for the mood and tones imbued in their images, Watson uses a broad repertoire, using black and white as deliberately as color. His images are both provocative and alluring, seductive and complex.

Watson studied graphic design and film before turning to photography after he moved to Los Angeles in 1970. These formative years left a definite mark on his work and influenced his dramatic use of shadows and silhouette later, as seen in the portrait of Naomi Campbell, shot for Vogue Italia in 1989. Taken from the side, the face of the supermodel is completely obscured while the rest of her torso remains detailed, making the portrait intriguing and almost surreal. In interviews, Watson talks about how he has been inspired and influenced by the surrealists — André Breton, Dali and the whole Dadaist movement — and how he has often borrowed their approach in his work.

“The face is full of geography,” he writes in Creating Photographs, a concise manual released in June 2021, in which he shares his tools of the trade. “When you’re photographing a person, it’s important to really look into the face. It’s a landscape of hills and valleys, so looking will help you imagine what to do with the lighting.” 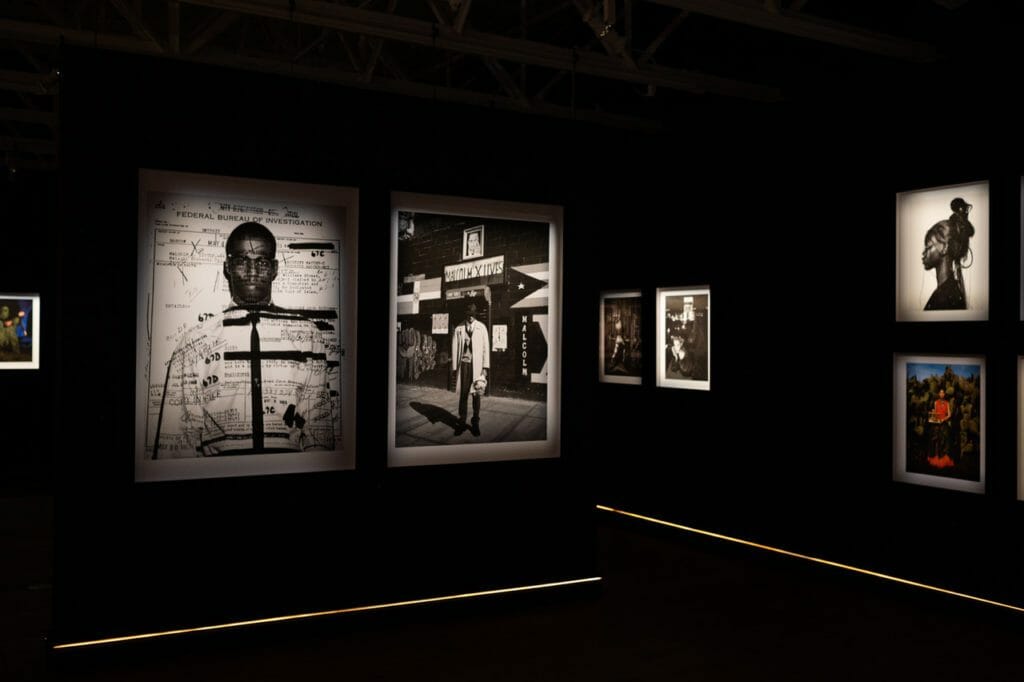 Watson is known best for his commercial work, but he also shot extensively for editorial clients in the golden days of magazines. In 1992, The Face magazine commissioned him to do a series of photographs to coincide with the premiere of Spike Lee’s movie “ Malcolm X. Inspired by the fashion and events of the early to mid-1960s, Watson happily mixed fashion photography and reportage by having a model represent the famed Black Nationalist leader and look stylish in British designer Paul Smith’s clothing.

Watson still lives and works in the West Village in New York. Recently asked about his biggest regret, he said: “Because of my obsession [with photography], I may regret having worked so much and not taking enough time to enjoy life.” Yet, he is still shooting and attracting high-end clients, as proven by the evocative, cinematic portrait of model Gigi Hadid; it was one of 40 images commissioned in 2019 for the Pirelli calendar, just two years after Hadid joined the #MeToo movement, speaking out about mistreatment of women in the fashion industry. — a beautiful testament to Watson’s relevance in the fast-moving world of fashion photography.