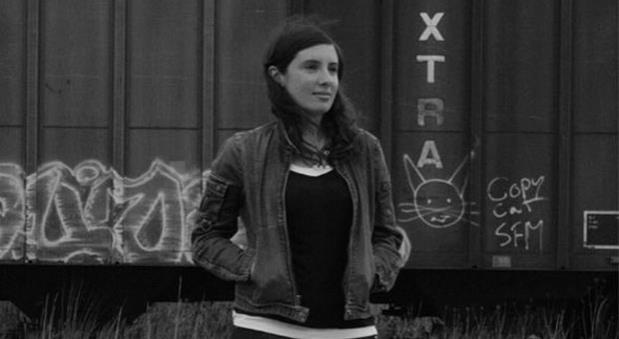 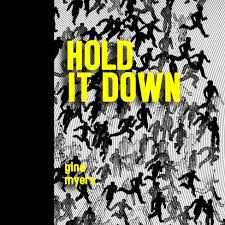 We all need something to help us get through the day, no matter where we are or what is going on in the world. Atlanta poet Gina Myers has a mantra to keep herself centered amid the urban decay, ennui, chaotic world affairs, wanderlust and loneliness that she experiences. It’s also the title of her fine new book of poems, Hold It Down.

Sections of the book read like a memoir of time spent in three different places: Brooklyn, Atlanta and her hometown of Saginaw, Michigan. One of the longest poems, “Behind the R,” which was previously published as a chapbook, is a nearly day-to-day record of her life in Brooklyn.

New York can be oppressive and exhausting when you work in a low-paying job and are too busy working to enjoy the random encounters or glamorous things that city dreams are made of. Myers writes in “Behind the R”:

Throughout this poem she invokes the words of other poets and philosophers to complement her thoughts. In this passage she uses Walt Whitman’s words to echo her sentiments about home, one of the book’s leitmotifs:

I thought if I hung a picture of my childhood home in my
new apartment it would make this home. I thought a layer
of paint would change everything, make me forget this
wandering. Whitman: Missing me one place search another,
/ I stop somewhere waiting for you. 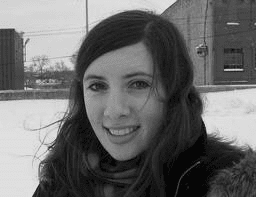 “Letter to Gabriella or How to Leave New York” expresses the poet’s loneliness and disillusionment with a city that so many people fetishize:

During this drawn out goodbye,
everyone will want to be your friend.
Two weeks later, most will have already forgotten

My slow fade out matches your slow fade out,
a ghost stitched to a ghost, listening
to Morrissey & waiting for the bars to open,
waiting to forget it all & be everyone’s best friend.

As we move with her through the seasons, desolate streets, humble apartments, buses, trains, taxis and traffic, we experience her pain and understand her fears. The poet reveals dark moments in “I Like All the Predictable Songs”:

I am heading for disaster, a crash & burn so bright
& brilliant & completely unnoteworthy.

And I could say
there is no reason to keep going
but then I think of, I think of you.

Yet she comes to accept that the world is what it is and to learn to savor the moments of happiness to be found through the difficult times:

my heart shatters
a little each time
I think of my friends
& how lucky in life
I’ve been to get to know them, to have
had the time to laugh &
drink & dance & to argue
& feel hurt too.
…

Not every day
can be a good day but this is one
of them, one
of the best days.