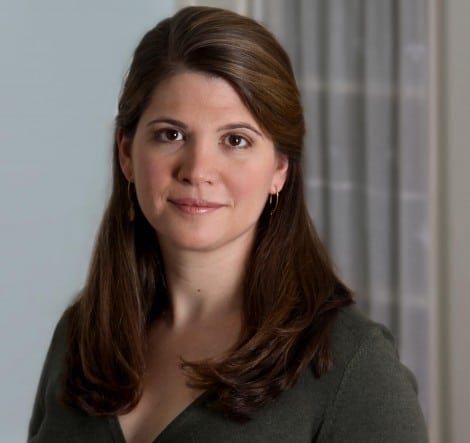 Review: Susan Rebecca White’s “A Place at the Table,” a novel of seeking and finding belonging 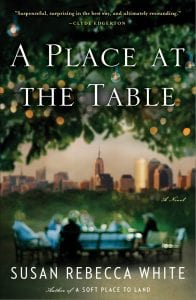 Native Atlantan Susan Rebecca White brings us a tale of isolation and transformation in her third novel, A Place at the Table. Spanning decades and regions, it explores the lives of Alice, Bobby and Amelia, three captivating characters each seeking the place where he or she most belongs. White’s strength lies in her ability to imbue them with humanity and sympathy, creating unique and independent voices for each of the main characters.

Alice, Bobby and Amelia migrate to New York City, escaping, respectively, discrimination, bigotry and infidelity. As they move forward, leaving isolation and misunderstanding behind, they find happiness and the comfort of acceptance.

The novel is told in triptych, and the characters’ stories intersect in a rich, satisfying way. But the characterization is uneven. Although each main character captivates, more space is spent on Bobby and Amelia than on Alice. Minor characters are prone to stereotypes of the kind that contribute to White’s simplistic dichotomy between North and South.

A Place at the Table opens with a bucolic scene studded with violence, which introduces the themes of isolation, discrimination and heartache that ripple through the novel. The expository section introduces Alice as a young girl in the 1920s, living in Emancipation Township, an African-American town in North Carolina, which cannot shelter her from the racism she will later experience. The rest of the book takes place when Alice is an old woman, but the insights into her childhood provide a fascinating back story for the mysterious, almost taciturn woman we meet later in the book.

Alice leaves North Carolina to find opportunities in New York and soon finds work at a small café that caters to artists and writers. She becomes known for her astute palate and delightful dishes based on the cooking she remembers from her childhood. Alice begins the novel but quickly fades into the background, and readers will wish the author had spent more time exploring this fascinating woman.

The narrative turns to Bobby, a young boy in Decatur, Georgia, on the brink of discovering his homosexuality. He does not understand what being gay means until his orientation is discovered by his religious parents. Bobby’s discovery is painful and real, and his attempts to gain understanding from his mother after she discovers his homosexuality are nothing short of gut-wrenching.

However, in order to create the stark contrast between Bobby and his family and to highlight his emotional pain, White provides little dimension to his mother, father or brother. Their characters are predictable and flat-footed. In contrast, Bobby’s grandmother is an inspiration to both him and the reader. He escapes to New York, where like Alice he honors his Southern roots by cooking the dishes he grew up with. Bobby soon finds belonging at the same café as Alice, and the two become friends.

Their friendship is based on the real-life friendship between Scott Peacock, former chef at well-known metro Atlanta restaurant Watershed, and Edna Lewis, a doyenne of Southern cuisine. Like Alice, Lewis went to New York from the South and maintained a connection to her native region through the food she prepared. She and Peacock co-authored the cookbook The Gift of Southern Cooking, which helped redefine Southern cuisine, and Lewis spent the last six years of her life living with Peacock in his Decatur home. Peacock’s remark about Lewis could echo Bobby’s thoughts about Alice: “She’s my best friend. The least of what I’ve learned from her has to do with cooking.” 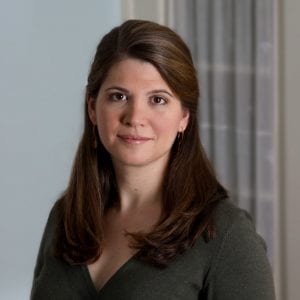 The kitchen is a vehicle for change for all three protagonists. Bobby and Alice find belonging through cooking, and Amelia finds her place in editing and testing recipes for cookbooks. When Bobby decides to work on a cookbook, the three are brought together in unanticipated ways.

Though Amelia shares a love of cooking with Bobby and Alice, she is not from the South but Connecticut. But she knows about the superficial and punishing rules of white Southern society through her challenging marriage to a wealthy Southern man. Amelia’s mother-in-law exemplifies the stifling, inane Southern housewife who is judgmental and exclusionary. White’s exploration of Amelia’s marriage and her journey from pain to courage, from dependency to self-reliance, is riveting. The best moments of the novel belong to her.

The protagonists eventually find solace in New York City, a place, the novel suggests, where all dreams come true. The author paints the South as mired in rigidity and superficiality, a place from which people of real merit must flee to find where they belong. Only Bobby’s grandmother provides an alternative, and the story’s final scenes offer hope that even the most rigid can change.

This notion of societal change is important, but the idea that people should embrace their true selves regardless of social pressures is the novel’s dominant theme. Despite its flaws, the messages of transformation, personal conviction and homecoming — as each character finds his or her own seat at the table — will resonate.