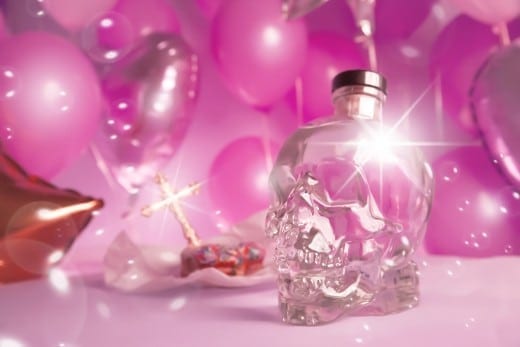 Review: “Consuming Passions” offers cultural critique, but not much passion, at Hagedorn “Consuming Passions,” an exhibition of six young artists at the Hagedorn Foundation Galler, through June 15, lacks the artistic chutzpah needed to ignite a passionate response.

The show is a nod to “Consuming Passions: The Dynamics of Popular Culture,” a 1988 collection of essays by Judith Williamson. Curated by Amanda Parmer, it’s billed as commentary on the pervasiveness of consumer culture and its “failure to deliver on the dream of an idyllic, easily controlled life.”

This could have been a provocative examination of our obsession with all things commercially desirable and the many meanings we attach to them. But for the most part, it fails to deliver the goods.

Williamson’s essays examined signposts such as advertisements, movies and tabloid newspapers as the basis for much of her cultural critique of the excesses of capitalism. In the Hagedorn show, New York artist Becca Albee follows a similar path in prints that depict groupings of paparazzi photos of stars on the street, all with to-go coffee cups in hand. These people have become arbiters of taste and branding, paid to sell anything from cars to coffee in ads that create the illusion of a shared experience through the consumption of the said item. Albee inundates the viewer with repetition of these images to underscore the inherent superficiality of our endless fascination with celebrity on two levels: the celebrities themselves are consumed as commodities even as we mimic their personal consumption habits. Although the artist’s point is clear, some type of further manipulation of the images could have imbued the series with more bite.

Also lacking in bite, and utterly devoid of the commentary that a show of this theme would seem to require, are the photographs by Colby Bird. “Still Life With ReadyLoad Film” and “Shirt Over Poster” need little description here, as they are as simple as their titles. In the former, some vacation attire is draped next to a box of film; in the latter, a Ralph Lauren shirt hangs askew atop an indecipherable poster. Are they meant as subtle commentary on the luxuries of vacations or top-end brand names? If so, their bland subtleties fail to express it.

Philip Birch also offers a somewhat stale and completely unengaging piece on luxury vacations as high-end consumption. In his DVD “Concerning Human Understanding,” stock photos of the major sites composing a typical European vacation are accompanied by subtitles that convey a pedantic and humorless (and often grammatically incorrect) narrative of the history of the Grand Tour, from its noble beginnings as an informative cultural expedition to its devolution into a mere exercise in consumption.

In more capable hands, the examination of the sociocultural aspects of global travel and the psychological trappings of its myriad marketing schemes could have resulted in cogent artwork; the lack of artistry and impersonal approach here leave this viewer cold.

Thankfully, Atlanta artist Nikita Gale uses documentation to much greater effect in her untitled works from the series “Everything Is Necessary.” Here, Gale has enlarged solicitation letters from credit card companies and overlaid them with large stenciled text repeating the words “I need the things I want the things I need,” a circular argument to justify one’s willingness to go into debt.

The scale and boldness of Gale’s prints and the aggressive overwriting of the marketing text speak to our frustration with the onslaught of credit solicitations, while simultaneously exposing our vulnerability in the face of their temptations. Gale achieved her desired goal with one of these prints; four basically the same versions lessen the impact instead of heightening it.

Brooklyn-based Bryan Zanisnik’s triptych “Off Season,” picturing totem-like assemblages that he made and subsequently photographed, offers a very personal take on consumption. In the left image, holiday greeting cards from family members cluster atop images of basketball star Larry Bird. He is replaced by filing cabinets in the middle and right photos. Clothesline-like strings holding individual slices of ripped and finger-pressed white bread link the three images. Zanisnik’s take on consumer culture is somewhat masculine in its focus. In contrast, New Yorker Jessica Bowman‘s digitally manipulated photographs offer a distinctly feminine one. Perhaps the most successful in exploring the show’s theme, Bowman’s images shine with all the artificial brilliance of a glossy teen magazine ad campaign.

“May U Alwayz Align Urself w Abundance,” the most compelling, is a still life of small indulgences, a banquet of the banal trappings of everyday life. Mylar balloons and flowers are the backdrop for sodas, sweets, chewing gum, alcohol and blingy jewelry, encompassed in a shiny pink atmosphere full of sparkles and bubbles.

The excess depicted here, albeit of low-end consumer items, offers up a hyperbolic statement on the sources of desire: our appetites stem from real wants and needs but border on the fantastic when packaged in the most visually stimulating ways possible. The material objects become stand-ins for unsatiated desires, mirroring aspects of ourselves and the lifestyles we aspire to, regardless of whether the satisfaction that is marketed to us is real or merely imagined.