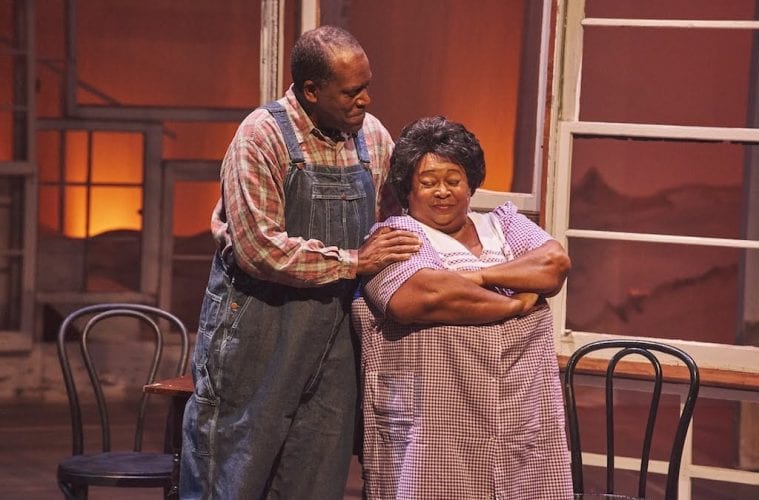 Remembrance: Actress Valerie Payton brought her kindness and joy to every stage

She was known for her hugs, her warmth and her charisma, as well as her musical prowess and onstage presence. Valerie Denise Payton, a popular local actress and musician, passed away unexpectedly March 31. She was 54.

The actress had a 30-plus-year career in both stage, TV and film. While attending Avondale High School, she dabbled in performing, including a role in Guys and Dolls. After graduating, Payton studied cosmetology but eventually decided to pursue a career in entertainment. Local actor Nat Martin recalls meeting Payton when he auditioned for Neighborhood Playhouse’s Little Shop of Horrors in the mid ’80s. He was cast in the show, but Payton was not, yet they remained friends and worked together frequently. “Once you met her, it was like she was always in your life,” he says.

One of their first collaborations was in Straight from the Heart, a series of AIDS awareness benefits that started in the late ’80s. They also appeared together in the late ’90s in Galaxy Musical Theater’s progressive version of I Do, I Do, which used an African American cast for the show. Martin and Payton played husband and wife. 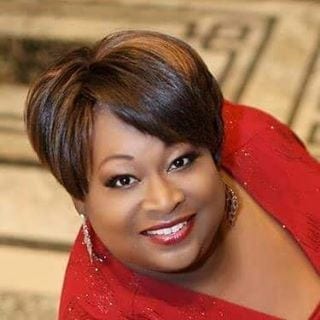 Payton passed away unexpectedly on March 31.

Sally Bondi, who spoke at an April 7 service for the actress, was Payton’s best friend and frequent collaborator. She worked with Payton for the first time in Pamela Parker’s A Higher Place in Heaven in 1993 at Neighborhood Playhouse. It was a show they later toured with. “We got real close real fast — so close that I called her a sister,” says Bondi. “She was my North, my go-to person.”

Afterward, they reunited for Tallulah and Hattie: Dead at the Pearly Gates at Theatre in the Square, in which Bondi played Tallulah Buckhead and Payton portrayed an angel, and for the musical revue Boomers. Payton, who portrayed Aretha Franklin in the show, and Bondi teamed up for a revival a year-and-a-half ago in Anniston, Alabama.

Some of Payton’s other local credits include Ain’t Misbehavin’ at Jomandi Productions, the musical Violet at Actor’s Express, Romeo and Juliet at Shakespeare Tavern (which netted her a Suzi Bass Award nomination for Best Featured Actress in a Play) and the long-running Menopause The Musical, where she played Power Woman, later renamed Professional Woman. Payton and her eventual costar Ingrid Cole read for the show together in 2005 and spent three years in the local cast. “She was an extended part of our family,” says Cole. “She was so talented and so wonderful. I was proud to be onstage with her and she was so very proud of the show.” The two later went to New Haven for a summer with the show and kept up with each other, often seeing each other at auditions.

Payton was also part of the choir in the Alliance Theatre’s version of Jesus Christ Superstar GOSPEL in 2009. Susan Booth, the Jennings Hertz artistic director of the Alliance Theatre, directed the musical and has fond remembrances of Payton. “Valerie was heart and voice and light,” she says. “She made any room she was in instantly kinder and more joyful, and her hugs were like emotional chiropractice. They just straightened you up and set you right. Jesus Christ Superstar GOSPEL was an enormous undertaking with a whole lot of people with a whole lot of opinions and the fact of Valerie in that company was a kind of tonic. She reminded you — either directly or with that killer smile — that we’re all just incredibly lucky to be doing what we do for a living and to stop taking one’s self too seriously.”

Actor Glenn Rainey worked with Payton on that production as well as in a show in New York called Southern Comfort. “We had some amazing people in the Superstar choir, and she was one of them,” he recalls. “She would fool around and be fun, but when it came time to get down to business, she would tell everyone to snap together. She was the ambassador. When I think of Valerie, I think of her great voice, but I also think of her kindness and a huge heart.”

Throughout her career, Payton was seen in films such as Joyful Noise — where she developed a bond with stars Dolly Parton and Queen Latifah during the three-month Atlanta shoot — Magic Mike XXL, A Walk in the Woods and What to Expect When You’re Expecting and on TV in the likes of Army Wives — where she played Patty Fellows in seven episodes — Hap and Leonard and Star. Her last television credit was in the upcoming The Products of the American Ghetto.

Ann-Carol Pence, cofounder and associate producer at Aurora Theatre, saw Payton perform for the first time in 1987 as a back-up singer to Thos Shipley, and became enamored with her. She saw her many other times, and eventually the two worked together in Horizon Theatre’s version of The Spitfire Grill.

One of Payton’s last roles was in Aurora Theatre’s The Bridges of Madison County in 2017. She and Rob Cleveland played the neighbors of the central character, a housewife in Iowa. “I was convinced Valerie was born to play Marge, the nosy neighbor with a heart of gold,” Pence says. “I didn’t care if there were African Americans in Iowa in the sixties or not; in our Iowa, we needed Valerie and we needed Rob Cleveland as much as we needed [fellow cast members] Travis Smith and Kristin Markiton.”

Pence sent Payton a Facebook message and asked her to come in to audition for the part. “[Director] Justin [Anderson] didn’t know her, and I asked her to come read and sing and she did,” says Pence. Soon the role was Payton’s and she was set for her Aurora debut. “I told her I wanted her to mentor our next generation. She always made everyone feel so special, and she never discouraged people from pursuing the dream.”

Payton was nominated for a Suzi Bass Award for Best Featured Actress in a Musical for the role, and the production itself was named Best Musical. Pence has several fond memories of Payton — seeing her in Violet; seeing her in a leather vest in Menopause doing a Tina Turner knockoff song; and watching her perform a certain Stephen Sondheim song. “We lost so many talented young men in the 80s and 90s to AIDS, and I swear Valerie sang at so many funerals,” says Pence. “I would go, and Valerie would sing a Sondheim song, ‘I Remember.’ It was the most heartbreaking and hopeful song.”