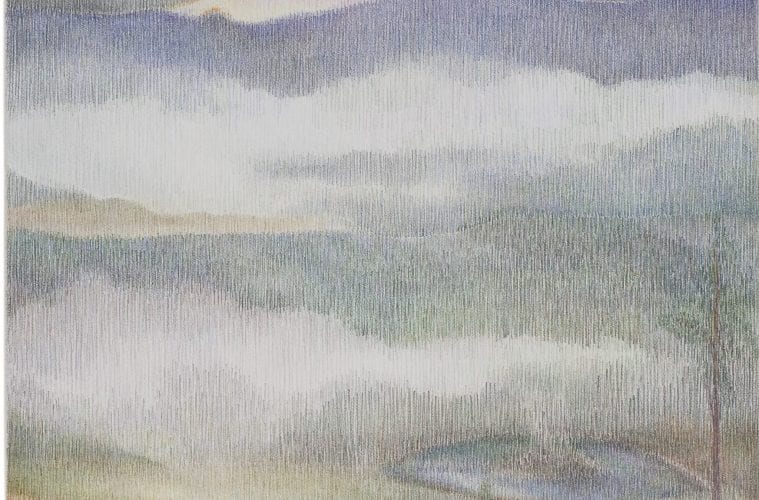 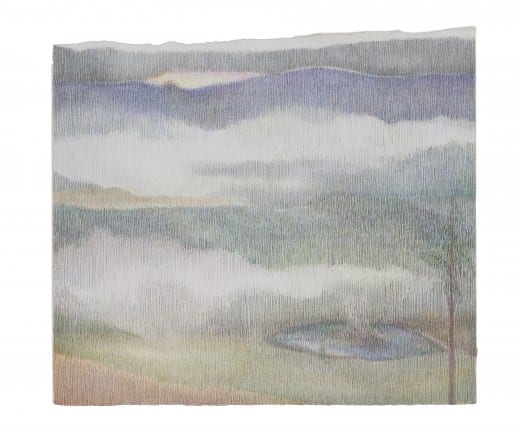 With little more than colored pencils and a sharpener, Susan Cofer conjures sensuous microworlds and serene landscapes that materialize out of hundreds of pin-straight, parallel, vertical lines.

She also fashions miniature portrait sculptures out of papier-mâché. These uncanny likenesses of family, friends and people who interest her are set in box frames like rooms in a dollhouse, amid environments designed to reflect her subjects’ interests and characters.

The painstakingly crafted drawings convey a serious, contemplative mood; the sculptures are playful in tone and executed with a looser hand. They seem like two very different paths and, accordingly, are always exhibited separately.

Asen Kirin, a University of Georgia art history professor, believes that the two bodies of work have shared underpinnings. He makes his case, exhibiting them together for the first time, in Recapitulation, 1963-2015 at the Madison Morgan Cultural Center through August 30.

Kirin writes in his catalog essay that “the exploration of the ethical, social and aesthetic dimensions of human creativity” links the two bodies of work. While that thesis was too general to be meaningful to me, his choice of works and their thoughtful juxtapositions were illuminating in many ways.

Cofer has always treated the natural world as an object of wonder and metaphor. Kirin brought out the spiritual, and sometimes biblical, aspect of her response to nature and its presence in her work.

You can’t get much more explicit than the Garden of Eden. It occupies center stage in the gallery Kirin had aptly dubbed “the scriptorium” (the room where medieval monks copied manuscripts) in an installation from 1987-89. The piece comprises four wooden cases Cofer constructed to resemble writing tables (ah, the monks, not to mention her own monkish mark-making), each of which displays four drawings. Together, these delicate abstracted images tell the story of Adam and Eve.

Though a staple of Western art for centuries, the fall of Adam and Eve is not a subject that interests many contemporary artists, perhaps because our era is post-shame and over-knowledged. In thinking about what the tale might mean to this artist, I was reminded of her description of the pain she felt as a proud young Southerner learning that the place she loved had a history she despised. Knowledge gained, innocence lost.

It is interesting to note that the repeating circular and ovoid forms — the coiled serpent, the seeds in the apple, a tear drop — are all images that recur throughout her career.

The intertwining themes of landscape and spirituality found their perfect subject in the drawings inspired by her participation, in 1991, in the Middle East Travel Seminar for seminary students and lay guests. That the experience continues to touch her is suggested both by the lush landscape titled saultopaul (2003-08), another piece of holy land (the road to Damascus where Saul’s conversion took place), and The Holy Land (2011), which is part of a series of map images. 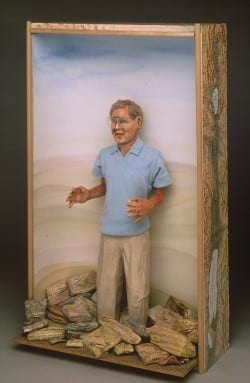 Tour leader Max Miller, a biblical archaeologist and professor at Emory’s Candler School of Theology, is the subject of a 1991 portrait. Cofer painted the box as desert landscape and posed him as in the middle of an explanation, ankle-deep in rocks covered with Miller’s writings. If you look closely, you’ll see they all have mouths — Cofer’s affectionate translation of Miller’s theory that the geology of the holy lands held a narrative more dependable than the Bible. The stones speak.

Gaza, the drawing Kiren chose to exhibit from the same year, portrays a single boulder on a desert outcropping. It will need Miller to translate what it’s saying about the past; I’m inclined to see a contemporary political comment in this obdurate rock.

To my mind, the sculptures and drawings are linked by their genesis in the same mind and set of experiences. What’s more important is their interdependence. The portraits serve as a counterweight to the drawings — a respite from their interiority, the concentration and control they require and the fierce passion that drives Cofer to make them.

Cofer told me that from the beginning she was impelled by a desperate need to make art. “I felt I had something to say and if I didn’t say it the world would end,” she said.

She recalled recognizing in the glowing red squares of Mark Rothko’s paintings at the Phillips Collection museum in Washington, D.C., a shared belief that making art was “a mandate to be truthful to go as deep inside yourself to find what is true.”

In the portraits, Cofer is freer both formally and in the information she brings to bear. Researching Miller’s writings, coming up with a visual analogue, in that case, a pun, could be characterized as an escape from Adam’s curse. She exercises her sense of humor — as in an amusing portrait of Tom Cousins, the successful developer and enthusiast of Native American arts, sitting atop a totem pole — or simply pays homage to those she admires: ArtsATL critic Jerry Cullum, for instance, and author V.S. Naipaul. 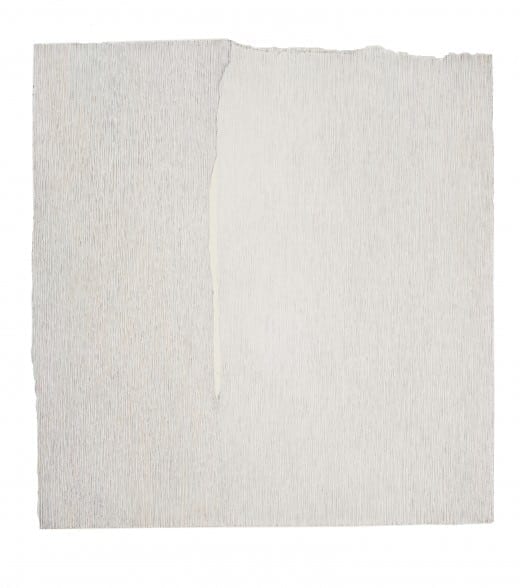 At 72, Cofer seems to have entered her “Lioness in Winter” phase. She says that art making has mellowed into something calming and peaceful. The most recent drawings in the show move in Rothko’s direction, toward abstraction, perhaps acknowledged in the roseate drawing, Rothko/Feldman (2014). In Nothingness Unseamed (2014), an ethereal whitish drawing marked by a vertical cut (a kind of Barnett Newman zip?), the metaphysical has replaced the physical altogether. 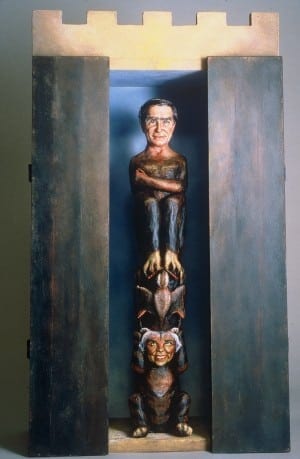