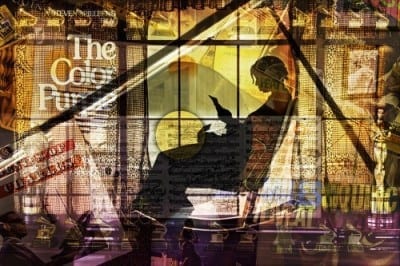 With thoughtful programming, Julian Cox, the High Museum of Art’s curator of photography, has shown visitors over the last few years the ever-widening spectrum of the photographic medium. “Harry Callahan: Eleanor” gave us an intimate look at one of the masters of 20th-century black-and-white photography. We saw some of the best of contemporary fashion photography in the traveling exhibition “Annie Leibovitz: A Photographer’s Life.” Cox’s own tour de force, “Road to Freedom: Photographs of the Civil Rights Movement, 1956-1968,” highlighted photojournalism during that movement. With “Richard Misrach: On the Beach” and “Alec Soth: Black Line of Woods,” we saw some of the great large-scale color photography being done with film.

Now, Cox introduces us to highly manipulated digital photography in “The Portrait Unbound: Photographs by Robert Weingarten,” running at the High through May 30. 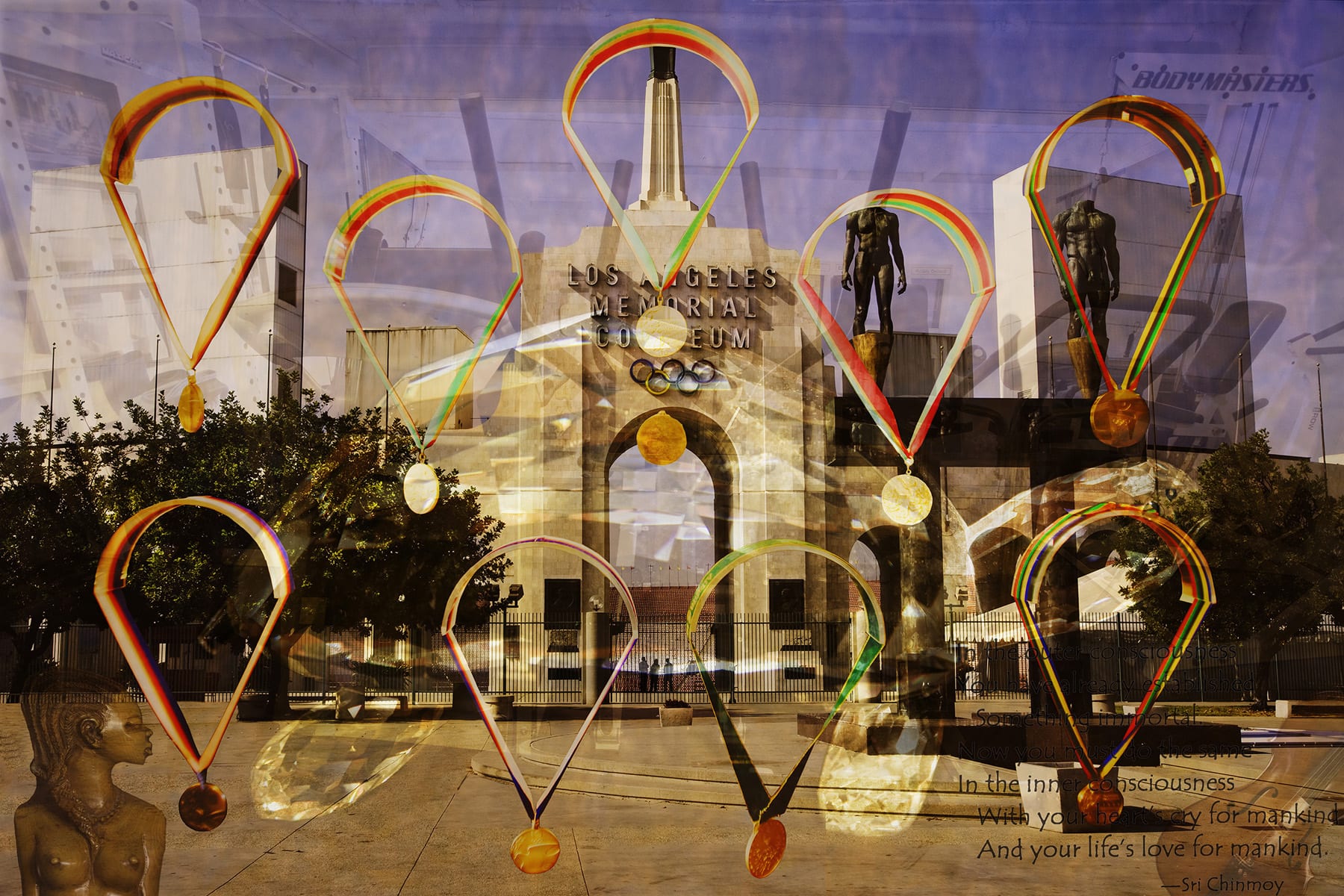 Weingarten has worked previously in both black-and-white and color film (some of these are currently on view at Lumière Gallery through March 20). For this series, however, he went purely digital, both in capturing the image and outputting the works in commanding 60-by-90-inch prints. It’s a format that works well for this conceptually intriguing project. 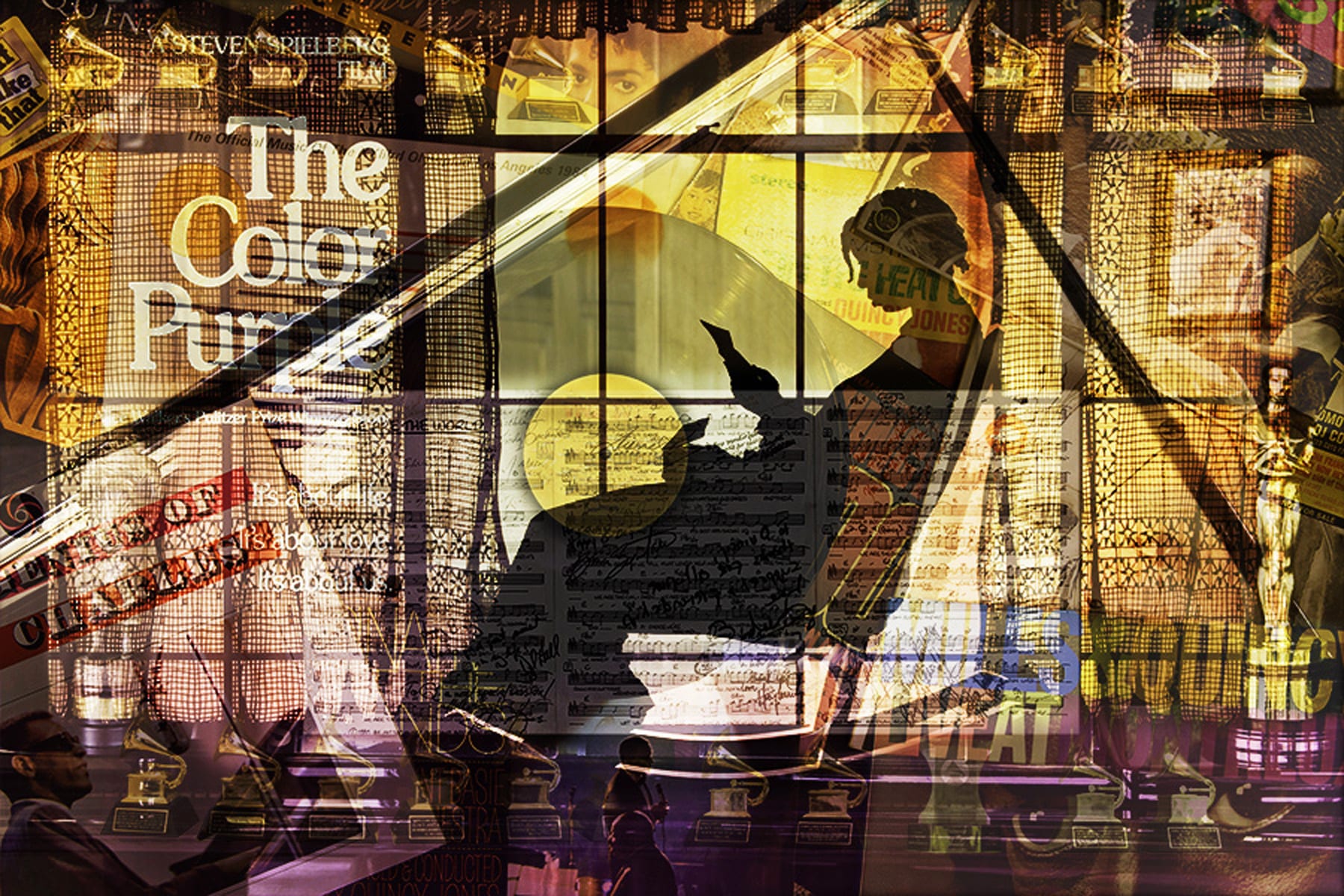 Robert Weingarten's portrait of Quincy Jones, a digital collage as a sort of memory space.

Weingarten asked a number of high-achieving celebrities — from dancer Mikhail Baryshnikov to producer Quincy Jones to astronaut Buzz Aldrin — to write a list of five to 10 objects, places or associations that helped define their lives. He then photographed those elements and assembled them into a single composition to create a “metaphoric portrait,” which does not include the subject’s likeness. 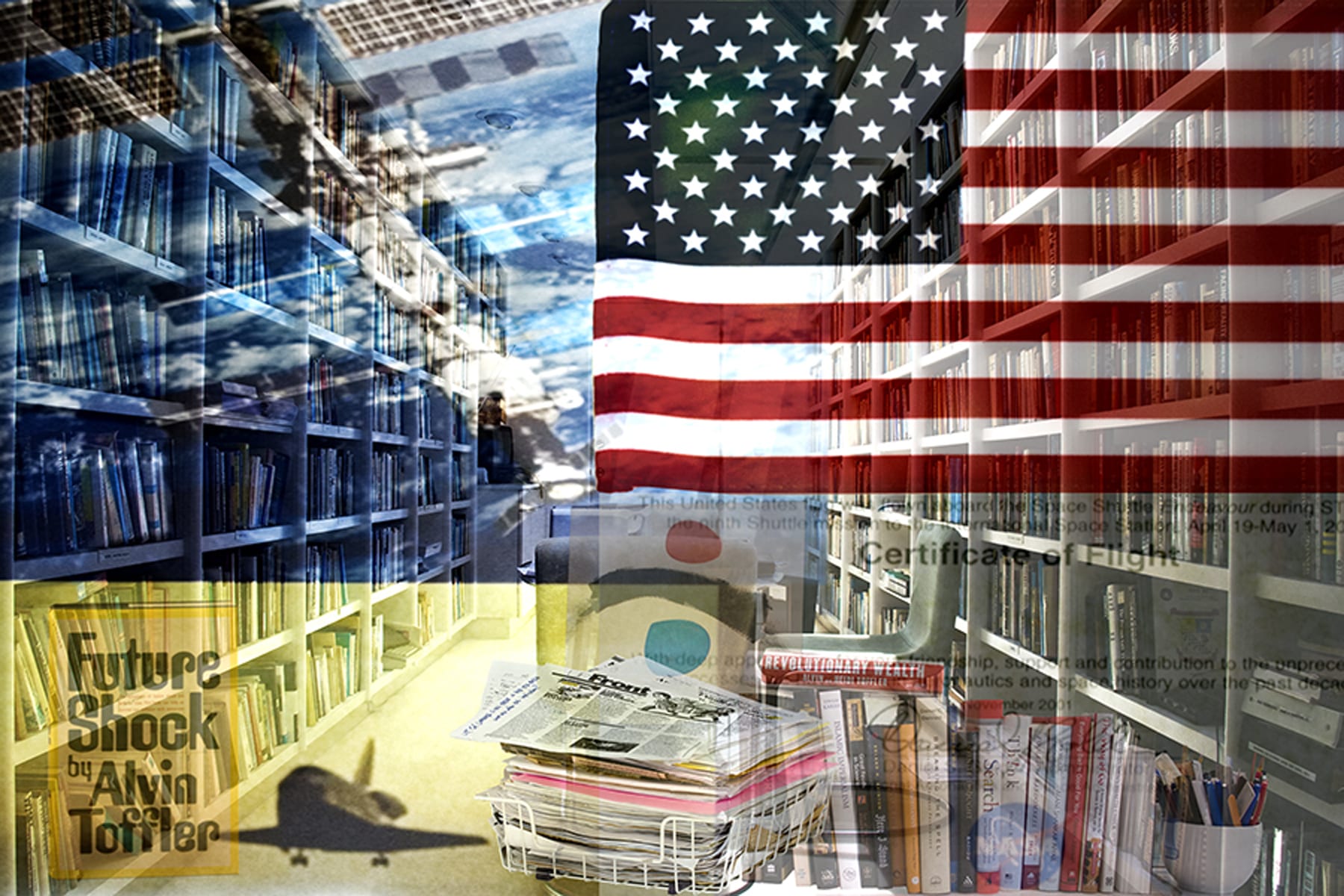 The elements that each subject chose are intriguing and were often a challenge to capture. Weingarten had to get special permission to photograph the Supreme Court for his piece on Sandra Day O’Connor. Chuck Close listed Giotto’s frescos in the Scrovegni Chapel, so Weingarten headed for Padua, Italy. And for James Watson, he had to photograph the original model of the DNA double helix, co-discovered by the Nobel Prize-winning scientist.

The final compositions put an interesting spin on the idea of portraiture. Traditional portraits reflect a specific individual in a particular place and time. There are many more possibilities with Weingarten’s formula; the elements say quite a bit about how these people would like to be remembered. In many cases, they included the places where they began life as a reminder of how far they have come. Many included educational institutions or inspirational places that helped shape who they became. Interestingly, a large number included references to philanthropic organizations they have either founded or become involved with. 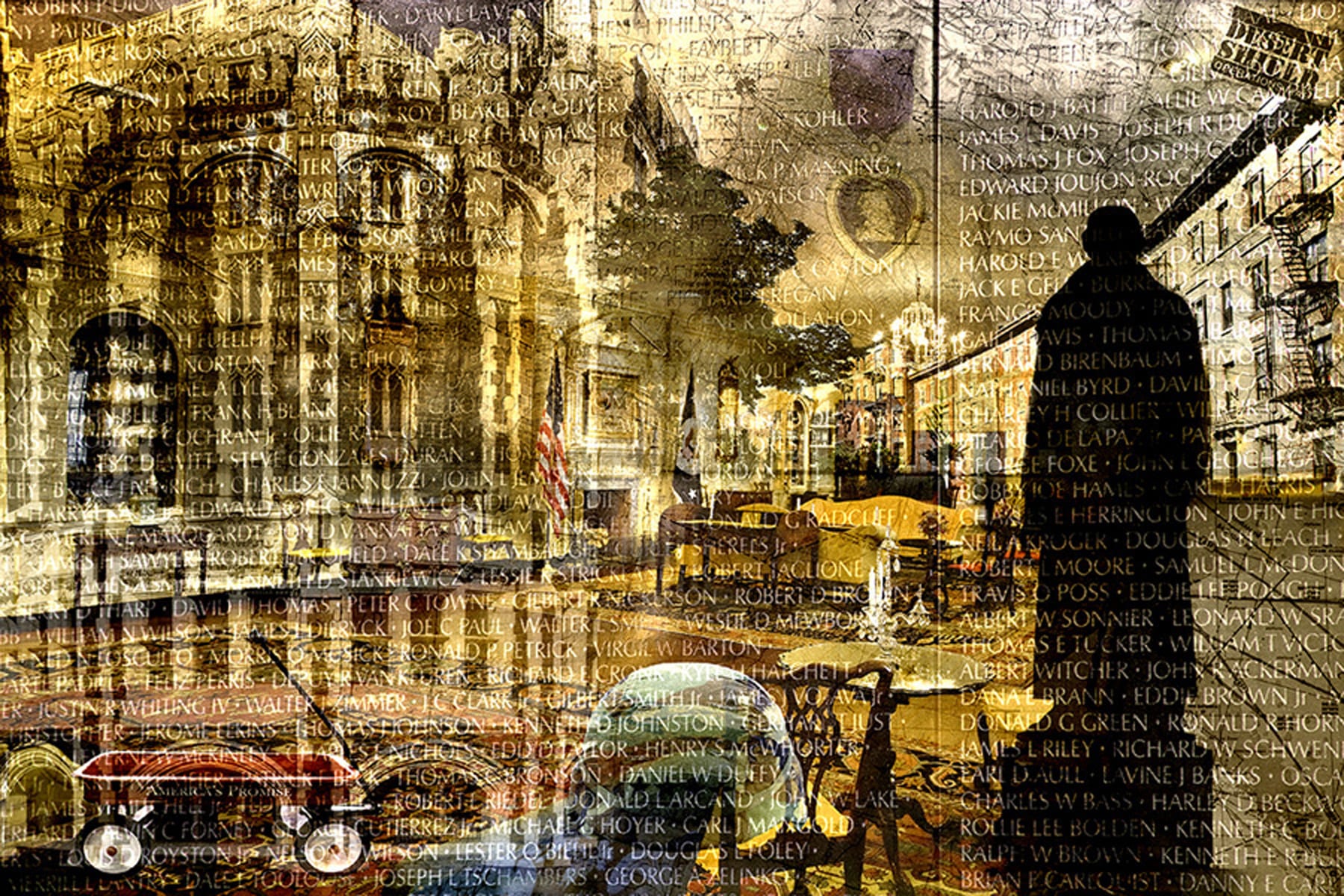 Even more interesting is what is left out. For example, nowhere in Colin Powell’s list is anything related to his four years working in the White House with George W. Bush.

Visually, the works have problems. Not only is Weingarten required to take interesting photographs, but he then has to collage the elements into what he terms “translucent composites.” Sometimes, as in the portrait of Powell, he is successful in balancing the various elements, creating a range of tonal depth and a rich harmonious palette. But most of his compositions falter, relying too much on repetitive elements, a central focal point and bright, garish colors that continually fight against one another.

The series falls into a not-all-that-uncommon category: art that is more interesting to think about than to look at. It raises a number of questions about what constitutes a portrait and how individuals define their own legacy. I hope Cox continues this work. It portends a whole new field of photography made possible with digital technology.