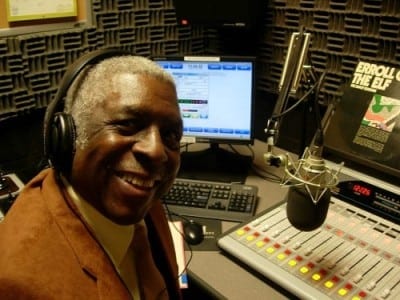 Guitarist Rodney Jones danced his fingers down the fretboard late one Saturday night during an unaccompanied introduction to the song “Barney’s Blues.” As he moved toward the melody, an awestruck listener cut off the music.

“Holy cow! Did you hear that?” he exclaimed, leaning forward in his chair to speak into a microphone. “Every time I hear that, it knocks me out. That’s the blues right there. Run it by me one more time, Rodney.” H. Johnson cued up the song from the beginning, this time letting Jones play a bit more before pausing the track. “One more time, Rodney,” the WABE-FM radio host said after once again marveling at the lick. 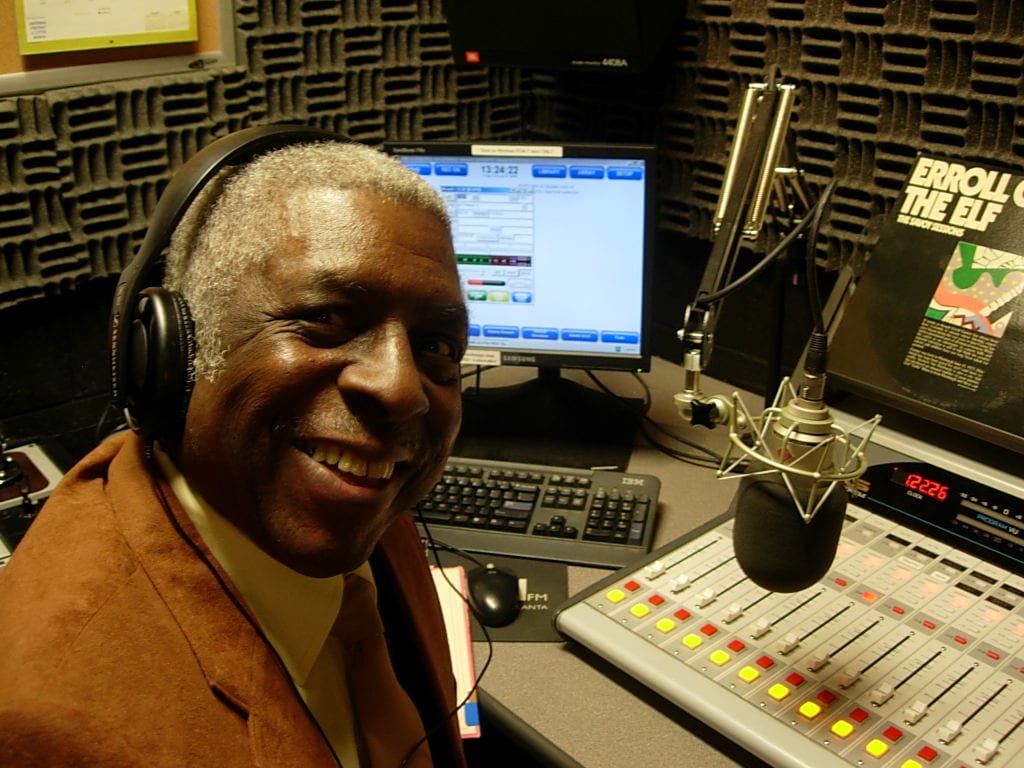 H. Johnson has been entertaining listeners — and himself — on Saturday nights from 9 p.m. to 2 a.m. for more than 30 years. Tomorrow night at 7 p.m., he’ll be the subject of “A Tribute to H. Johnson” on Atlanta’s PBA 30 television (with a repeat slated for November 3 at 11 p.m.).

From Public Broadcasting Atlanta’s headquarters off Cheshire Bridge Road, Johnson spends Saturday nights singing along with records on the air or offering recorded soloists bits of encouraging chatter. “Jazz Classics” broadcasts out of a studio on the bottom floor of the building; surrounded by vinyl, CDs and all manner of radio gadgets, Johnson is wedged into an acoustically tiled space the size of a large pantry. The expansive studio upstairs, home to Denis O’Hayer, Lois Reitzes and other WABE daytime talent, stays dark. Johnson — the H. stands for Herman — prefers the remoteness and intimacy of his smaller broadcasting space.

After listening to a wide-ranging selection of swing recordings in the windowless room, it’s easy to forget that the music is being transmitted across the city — until the studio phone lights up and Johnson greets another listener as if speaking to a cherished friend. Encouraging words pour in wherever Johnson goes — from callers, from patrons at clubs, from members of his Facebook fan page. 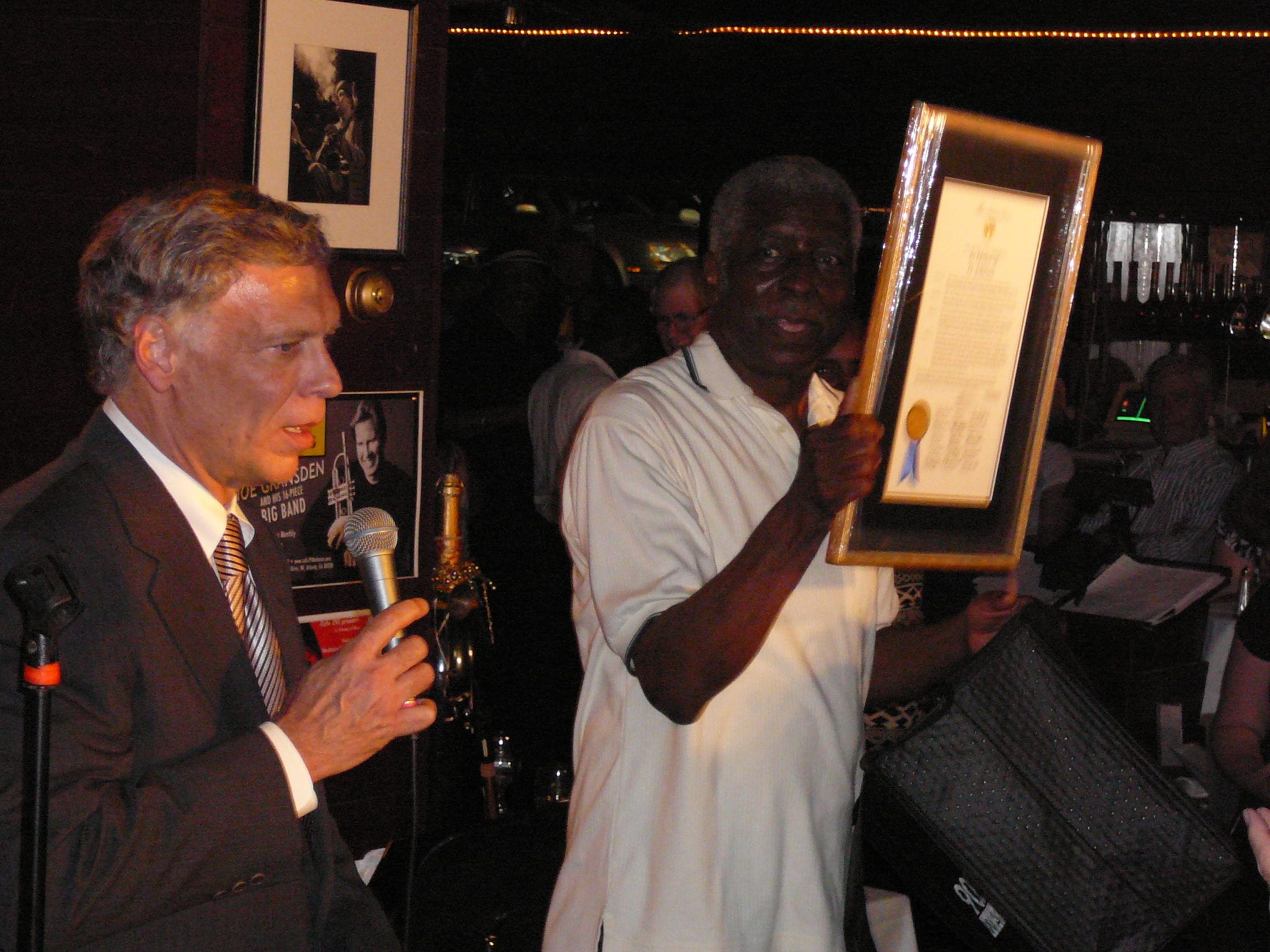 The “Tribute to H. Johnson” event, among his most public moments of recognition, took place this summer at Café 290. John Weatherford, the head honcho at WABE, presented Johnson with a city proclamation announcing H. Johnson Day during the event. On TV, the segment profiling Johnson will be part of “This Is Atlanta With Alicia Steele.”

The recent attention has taken the very humble DJ aback.

“I never thought of impacting anyone’s life or becoming any kind of icon or anything. I was just sharing my music with people,” he said, somewhat dumbfounded by the accolades. “I never took myself serious or thought of myself as something special. The public did that; I didn’t do that.”

Other than gigging musicians, there are few advocates for jazz in metro Atlanta. Johnson is alone in having such a wide and diverse jazz audience every Saturday night. He appears at concerts by local artists on occasion and is the master of ceremonies for trumpeter Joe Gransden’s regular big-band shows at Café 290. But Johnson rarely searches out live performances, preferring to connect with Atlanta’s jazz lovers through the airwaves. 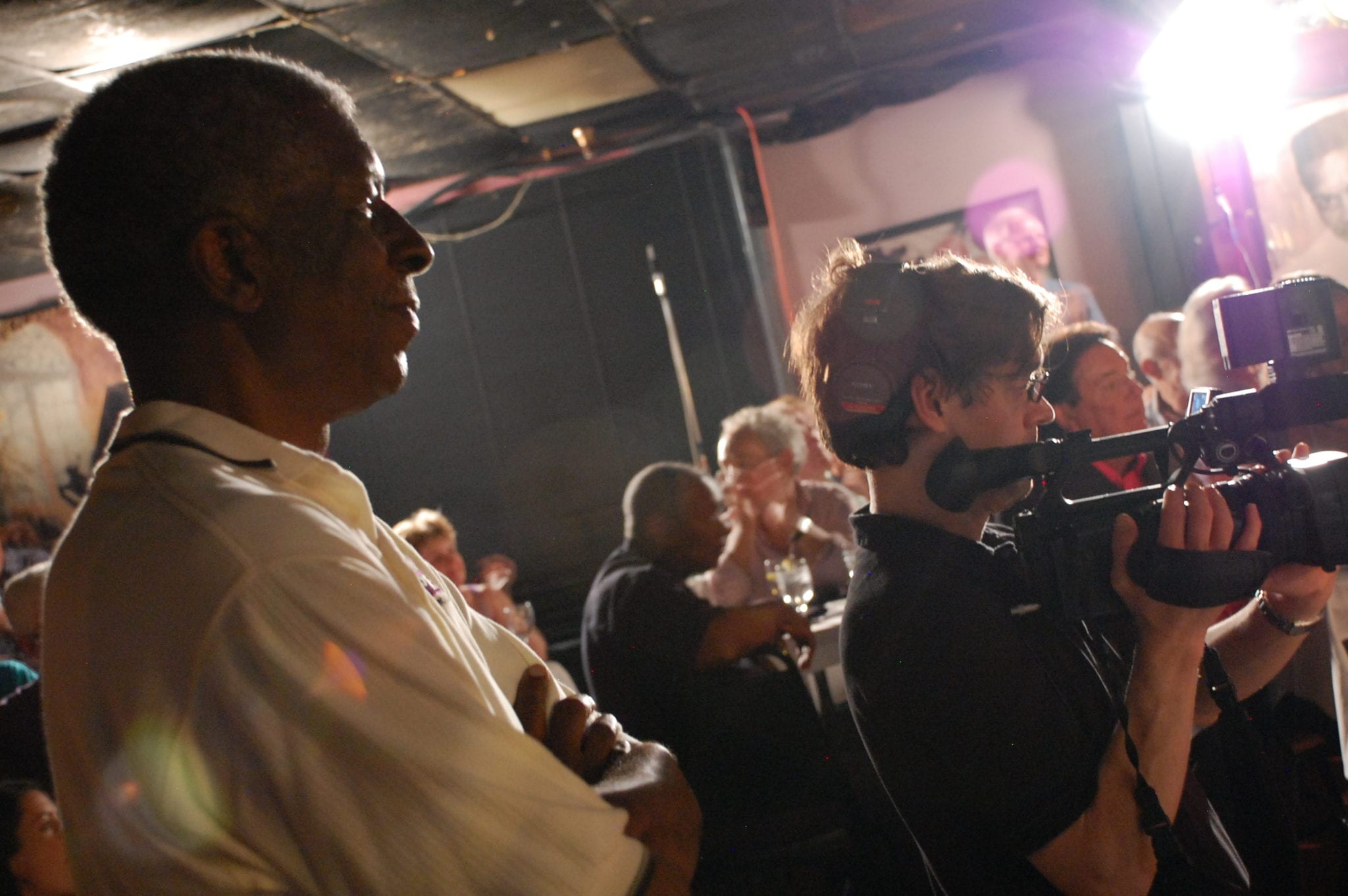 H. Johnson and film crew for "This Is Atlanta With Alicia Steele."

A full episode of “Jazz Classics” paints a portrait of the genre by mixing jazz masters with unsung heroes in a variety of styles. The all-encompassing show feels at times like a jazz primer, but this is unintentional. If Johnson feels like playing a tune by Dizzy Gillespie, he’ll let his listeners know about the trumpeter’s forefathers, simply because a jazz lover should know these things. His approach is far from pedantic; he allows his audience to find an appropriate musical access point for themselves.

Spending years programming at the station has taught Johnson how to put together a seamless program and introduce newbies to a classic genre of music, but he knows that a successful jazz show really boils down to the blues. After years of watching audiences and seeing how they respond to certain jazz musicians, he noticed that the average crowd didn’t get excited about astounding technique or inventive compositions. The blues is what sticks with these audiences, and the blues is what’s kept Johnson on the air for more than three decades.