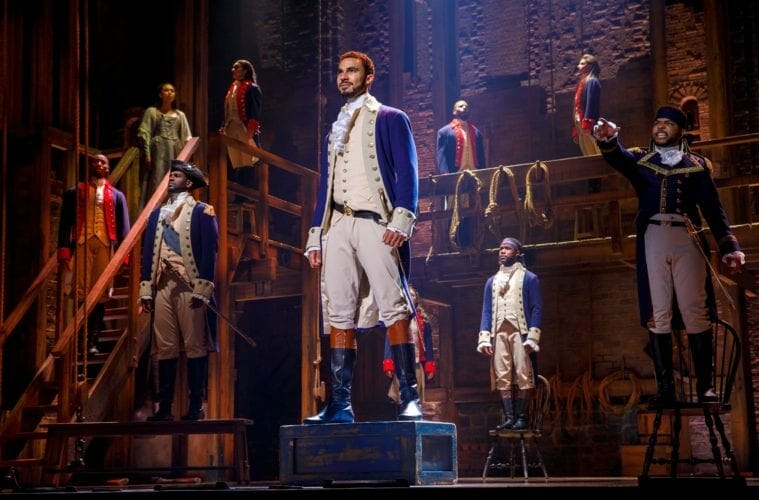 The national touring company of Hamilton visits the Fox Theatre for five weeks in 2020 – March 31–May 3. (Photo by Joan Marcus)

Raise a glass to freedom! “Hamilton” returns to Fox Theatre in March 2020

The groundbreaking, Tony Award-winning musical Hamilton returns to Atlanta’s Fox Theatre for a five-week run beginning March 31, 2020. The show’s 2018 debut sold out the 4,678-seat venue for a solid three weeks. No word yet on when tickets will be available. 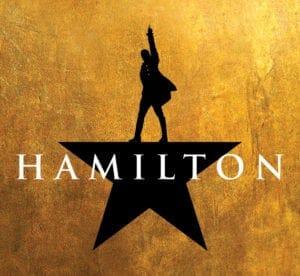 The Broadway juggernaut, approaching its fourth anniversary at the Richard Rodgers Theatre, won the 2016 Pulitzer Prize for drama and 11 Tony awards, including best musical and best book and score for creator Lin-Manuel Miranda. It’s still selling at more than 100 percent capacity, according to the latest grosses from Playbill.

For those who might be new to the phenomenon, Hamilton blends hip-hop, jazz, blues, rap, R&B and Broadway sounds to tell the story of a Founding Father who began life at a distinct disadvantage. The cast is made up of black, Hispanic and Asian American performers, a choice that Miranda has repeatedly said was deliberate. “Our cast looks like America looks now, and that’s certainly intentional.”

New subscriptions to the Fox Theatre’s 2019–2020 Broadway in Atlanta season are no longer available. Tickets to individual shows typically go on sale to the general public eight to 12 weeks before opening night. There likely will be specific rules regarding Hamilton tickets, and ARTS ATL will keep you updated. Hamilton will run through May 3, 2020.