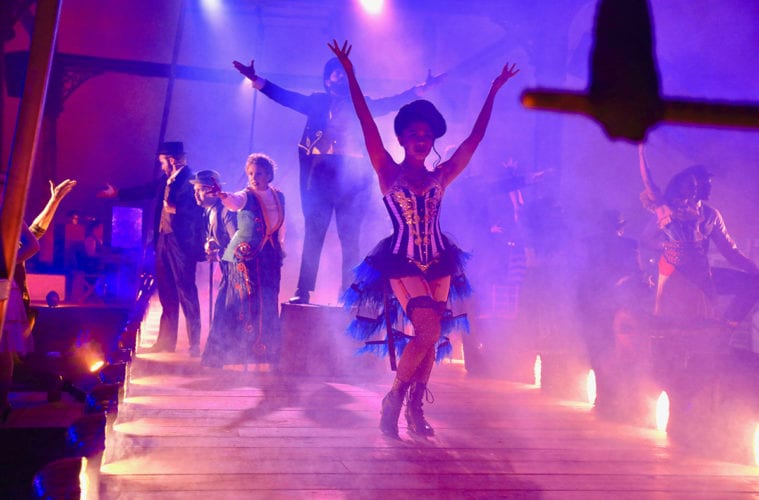 The cast of Ragtime at Serenbe Playhouse (Photo by BreeAnne Clowdus)

Ragtime’s themes resonate at Serenbe Playhouse, but it’s a bit too busy

Terrence McNally’s body of work over the last six decades is pretty staggering, but many people regard Ragtime as one of his treasures. The sprawling musical is far from perfect, but its score and rich characters resonate, as does its tale of diversity and intersecting lives at the turn of the century. The title of Ragtime refers to the style of music — a predecessor to jazz — that was popular in the United States in the late 1800s/early 1900s. Serenbe Playhouse is currently staging a version of the musical in a production running through June 9.

As always, Serenbe artistic director Brian Clowdus gives the staging his own unique spin, but it’s ultimately a bit too busy to altogether succeed. That’s a shame because Clowdus’ large cast, including many of his regulars, really connect with the material.

Based on the 1975 novel of the same name by E.L. Doctorow (later turned into a 1981 film), Ragtime follows three sets of characters in New York. Father (Daniel Burns), Mother (Courtney Chappelle), Mother’s Younger Brother (Chase Davidson), Grandfather (Jeremy Skidmore) and a young son (Pilot Bunch) are well-off suburbanites in New Rochelle. In Harlem, Sarah (Nicole Vanessa Ortiz) has fallen for pianist Coalhouse Walker, Jr. (Marcus Terrell Smith). Meanwhile, on the Lower East Side, a group of Eastern European immigrants are trying to make a new life for themselves, including Tateh (Jacob S. Louchheim), a Jewish artist from Latvia, and his young daughter (Elyse Corbett). The show also manages to weave in the likes of Booker T. Washington (Adam Washington), Henry Ford (Chris Saltalamacchio), Harry Houdini (Ethan Hall), Emma Goldman (Lilliangina Quinones) and Evelyn Nesbit (Niki Badua), whose lover has been murdered by her husband. How all of these characters intertwine is at the heart of the musical.

As a director, Clowdus is known for reimagining classics, and his take on Ragtime is in the style of vaudeville under a giant Atlantic City tent. It’s an interesting concept, and scenic designer Ryan Howell makes it look authentic — posters of the central performers high above, an elongated runway, a swing onstage and more. There’s a lot to see and take in, including a band in the back, flashing lights, lots of fog and performers who walk back and forth into the audience often. It’s immersive, theatrical and captivating for a bit, but the peripheral action takes away from what is already a loaded show. 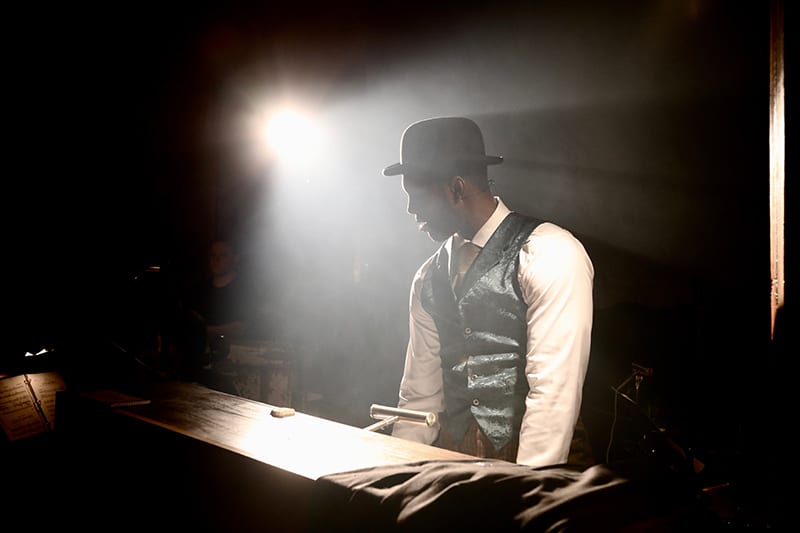 In his signature stagings, such as Miss Saigon, Hair and Cabaret, Clowdus has used the outdoor elements to enhance his productions. In Titanic, he even created an unforgettable sinking ship to make audiences forget the musical’s forgettable score and interchangeable characters. As frenzied as Ragtime is, though, it doesn’t really benefit from more going on.

The stage proves to be too small for such a large ensemble. When many of the players are onstage, it can be hard to see everything that is going on. Bubba Carr contributes his usual snazzy, creative choreography in numbers such as “What a Game!” but he can only do so much with a crowded space.

Clowdus’ cast is quite accomplished, with Smith, Ortiz and Louchheim making the finest impressions. Ortiz’s beautifully drawn Sarah is a protective, caring mother, while Smith makes Coalhouse a proud, dignified man trying to deal with the racism around him. These two work well together and separately. Louchheim’s growth from New York newbie to a successful business owner is also especially persuasive. In supporting turns, Davidson and Quinones have some stellar moments.

Ragtime’s score, with lyrics by Lynn Ahrens and music by Stephen Flaherty, is justly celebrated, and the 10-person band, led by Chris Brent Davis, really accentuates it, even if — on a few occasions — it overshadows the performers. This production has some wonderful musical numbers. It works best, however, when it’s at its sparest. Ortiz and Smith’s “Wheels of a Dream” is a highlight, and Chappelle’s “Back to Before” is a second-act showstopper. 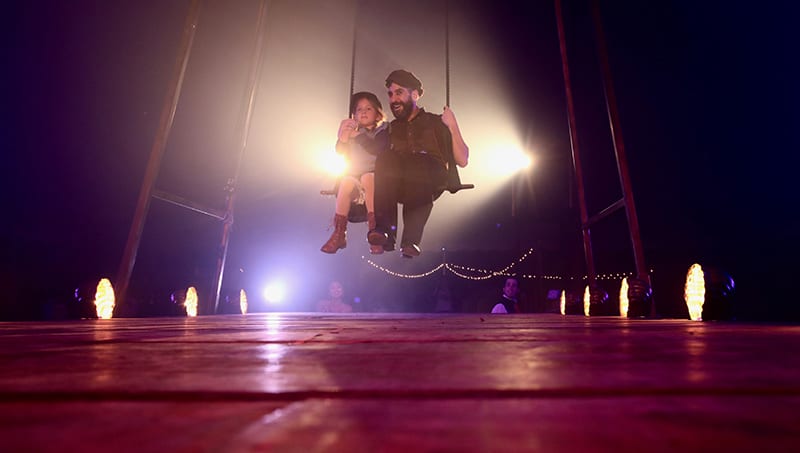 On Broadway, the original cast of Ragtime included the likes of Audra McDonald as Sarah and Lea Michele as Tateh’s daughter. The musical had the misfortune to debut in 1996, a competitive theater season that included Julie Taymor’s The Lion King, still going strong on Broadway and on the road. Ragtime did sneak away with four Tony Awards, however, including Best Book, Best Score and a supporting actress win for McDonald.

These days, Ragtime isn’t mounted regularly. (A staging at the Earl Smith Strand Theatre in Marietta in 2013 by Atlanta Lyric Theatre is the last professional Atlanta production I can recall.) For a musical that is staged so rarely, its themes are as relevant as ever, with immigrants trying to settle in a new land and ugly racism popping up unexpectedly. Clowdus deserves props for staging a show that feels so contemporary and for giving it his own innovative touches, but the bells and whistles here don’t work as tightly as they normally do.