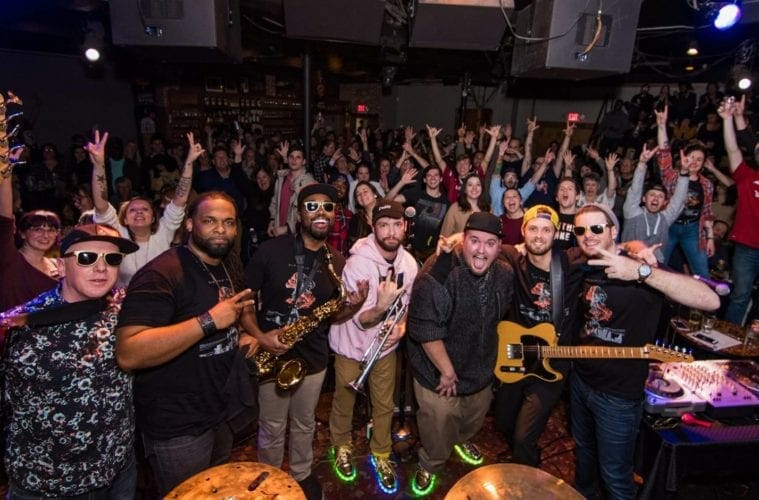 "The wealth that we do have is the love that we share with our friends and our family." --Daniel Goldberg, Citizen Gold

Q&A: With music as a medium, Citizen Gold seeks to unite the community

Fusing the platforms of soul, funk and EDM music to create a self-described genre of electric soul, Citizen Gold attracts a diverse and energetic audience. After gaining more than 2,000 Spotify listeners from their debut album Electric Soul (2018), the seven-part band — each from different political and cultural backgrounds — hopes to further engage crowds with experimental tunes this Saturday at Eddie’s Attic.

Lead singer Daniel Goldberg gave ARTS ATL the scoop on the group’s musical influences, lyrical emphasis and ideas for their next album.

ARTS ATL: How did you find the sweet spot between electronic and soul music?

Daniel Goldberg: When I started the project, I originally approached David Purcell, AKA Another Monster (our producer and DJ), and I told him that I wanted to create a fusion of a few different genres — I didn’t really want to limit what we were going to create. It started with me and him, and then we added other elements. We brought in Jonny Etheridge (trumpet), Reggie Leigh (saxophone), Mike Hatton (bass) and Ian Hunter Rowland (guitar), and it just kept building from there. We didn’t really have a specific keyhole sound that we wanted to go for; we were just trying to make good music. We took our time, and we built it piece by piece.

Goldberg: Since we put [the genre] out there, I’ve seen it more frequently. I’ve also seen a lot of new artists define themselves as electric soul. But I’m not really sure what came first, the chicken or the egg. I personally liked it so much that I just ran with it and just kinda pretended like no one else had done it before, so I honestly couldn’t answer that question. To me, the reason that I chose electric soul is because what I really want to do when we write these songs is capture whatever the emotion is that we’re going for, and that’s the soul aspect. I’m a big believer in write what you mean and write what you feel.

ARTS ATL: What does the community gain by listening to your band?

Goldberg: I really hope that somebody finds the message that they need to hear to help them get through the day. I really want to bring people together and tell them that no matter how different we are, we’re still capable of working together and overcoming our differences. I’m a child of two very different sides: divorce and politics — my mom is on the more conservative side politically, and my dad is definitely further on the liberal side. So, my whole life I’ve had two influences on either political side. Through this, I’ve learned that we’re all human and we all just want to have a good time. I wanted to give people neutral ground where they can just come and have fun.

ARTS ATL: You describe your music to express the human condition. What do you mean by that?

Goldberg: We want to talk about real human stuff that we go through. There’s a lot of music out right now that’s so materialistic and focused on what I have physically — that hurts my soul all the time. It really does affect me, especially being a bigger guy. I’m not exactly the mold of plastic perfection, and I want to reflect that the majority of society isn’t wealthy. The wealth that we do have is the love that we share with our friends and our family. I really wanted the album — and everything that we make — to reflect that. 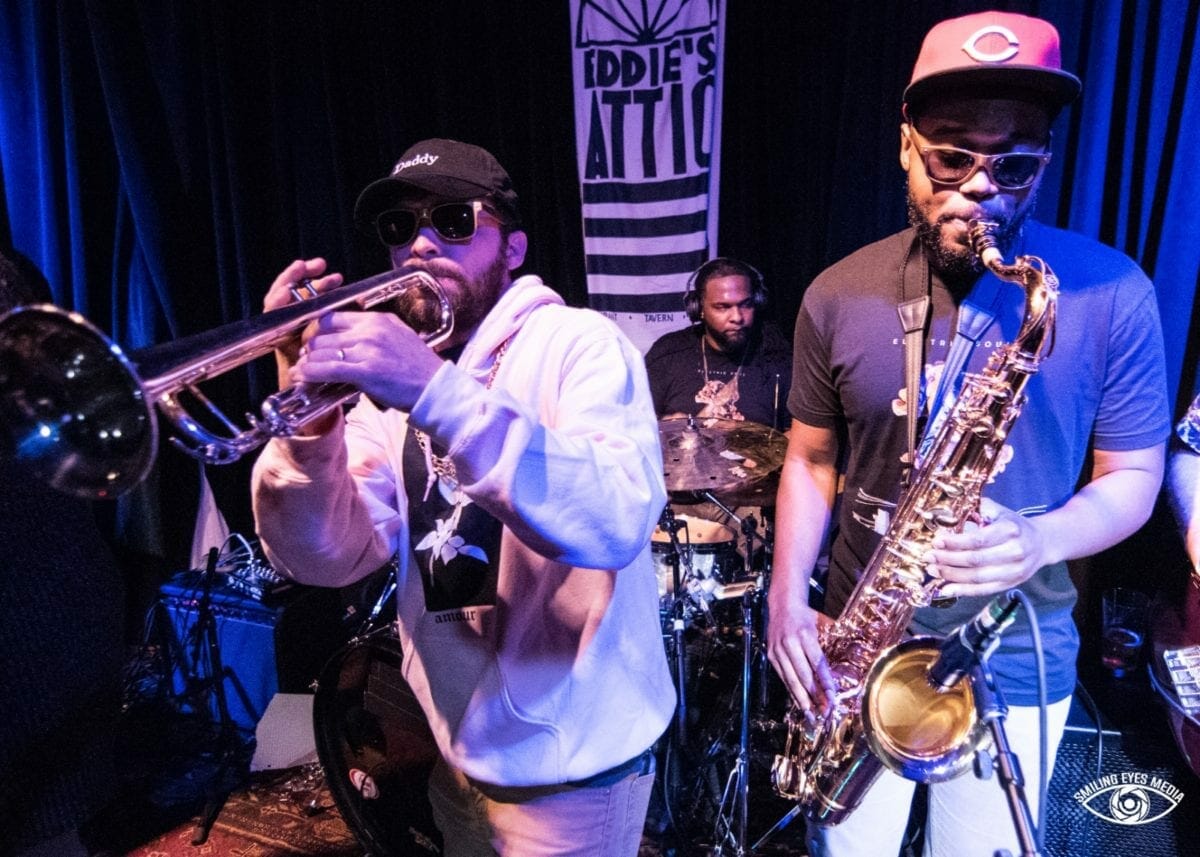 Goldberg: I don’t have a hard release date on anything yet, but I will tell you this much: We have conceptualized about six or seven new songs so far. I’m really hoping to have a single out this summer, and that might still happen, but I would say probably fall of next year for a full album. The concept of the new stuff is space, and we’re going to call the album Electric Soul 2: Space. There will be more of an ambient feel for some of the songs, and there will definitely still be passionate upbeat songs. But we’re going to have some more out-there kind of stuff to try to take the listener on a little bit more of a journey throughout the galaxy as well as through themselves — to just listen and have self-reflection.