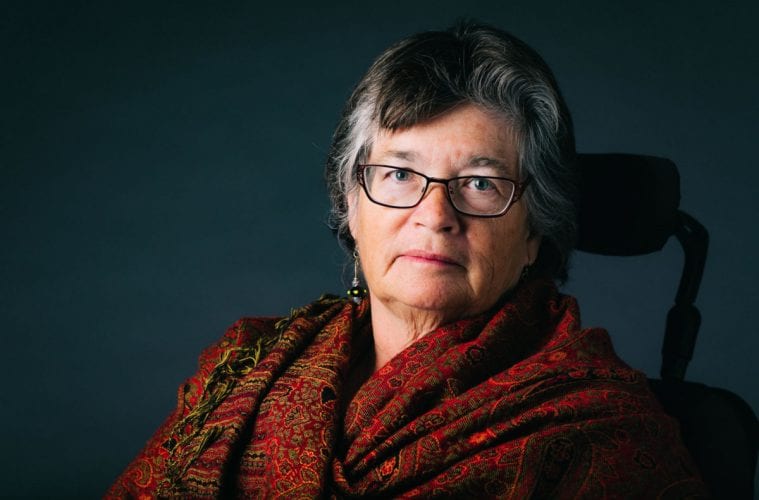 Q&A: Sandra Gail Lambert reflects on interplay of disability, queerness and the natural world in “A Certain Loneliness”

In her new memoir, A Certain Loneliness, Sandra Gail Lambert weaves together a series of reminiscences reflecting on the process of living and the passage of time. Lambert, who contracted polio as a child, uses a wheelchair for mobility. She writes with particular attention to the workings of the body, describing her daily life, travels and outdoor explorations as a person with a physical disability. Lambert’s discussions of the body complement and inform her commentary on desire and sexuality. “My sexual self is not dependent on an outside gaze,” Lambert writes. “I get to inhabit my body as I please.” 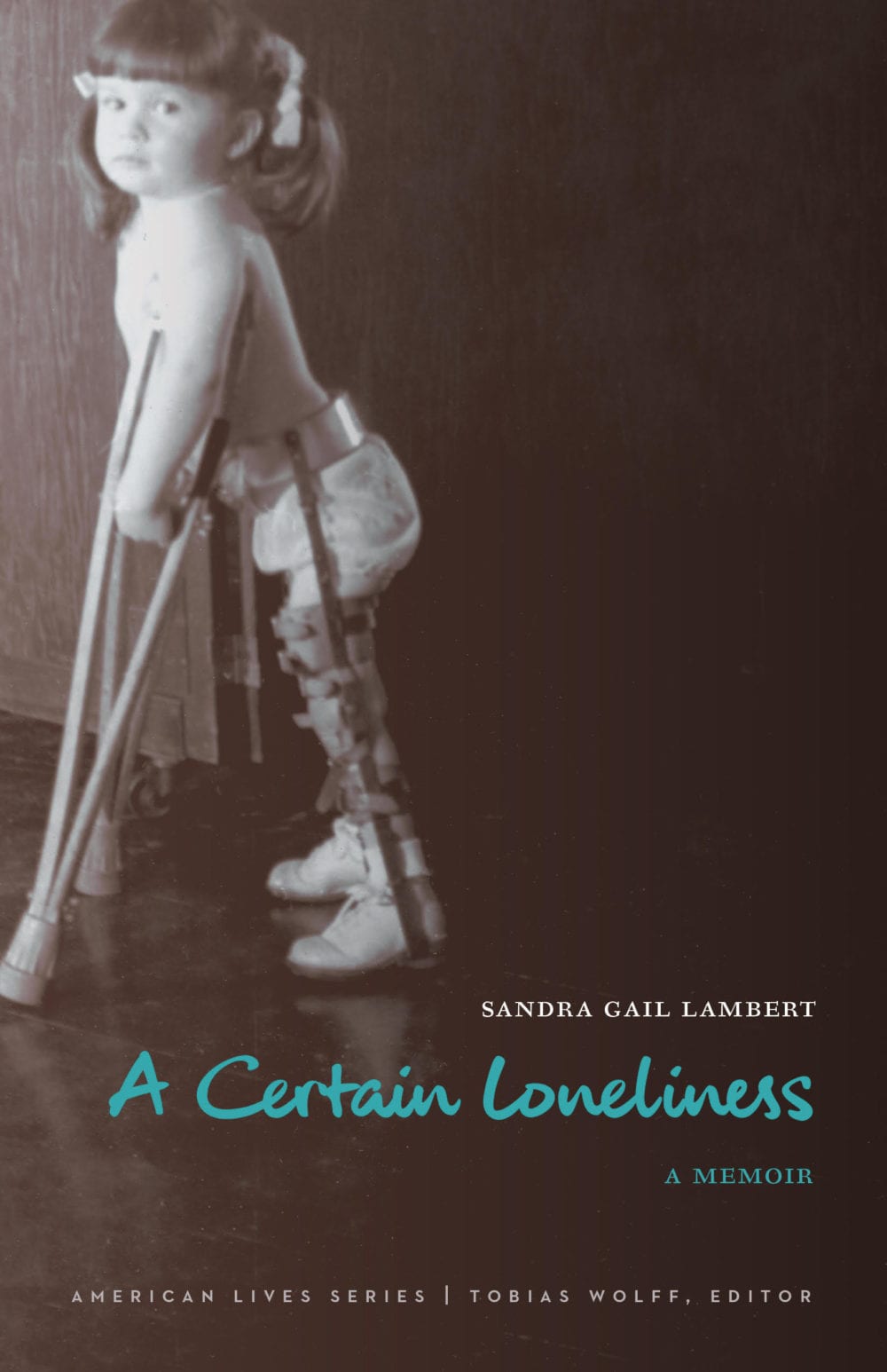 For Lambert, inhabiting her body as she pleases has led to a multifaceted life of physical and intellectual pursuits. Active in lesbian-feminist communities beginning in the late seventies and eighties, Lambert was co-owner of Charis Books and More, Atlanta’s feminist bookstore for the better part of a decade. She now resides in Florida, and her vivid evocations of the Everglades and other wild areas of her current home state are central to the narrative of A Certain Loneliness. Whether she is recounting a kayaking expedition, a memory from childhood or a relationship, Lambert balances the necessity of introspection with the desire for love and belonging.

ArtsATL caught up with Lambert ahead of her return visit to Atlanta, when she will discuss her new memoir at Charis Books and More on October 16 at 7:30 p.m.

ArtsATL: Atlanta is the setting for three essays in your book originally published as the “Sears Building Triptych.” What does this portion of your memoir have to tell us about how we can better address the concerns of the LGBTQ community?

Sandra Gail Lambert: In the first of the segments, it’s 1968 and I’m a young teen and driving in from the Atlanta suburbs with my family when I see women in men’s work clothes smoking outside a bar. Many years later, I found out it was a lesbian bar, but at the time I didn’t know what I was looking at. I did instinctually know it was somewhere I belonged. So the vignette is about yearning. And as a teenager in the sixties, I had no words for what I felt. No words for sexual feelings of any type and certainly no words about a lust for women. These days, kids grow up having heard words such as gay, lesbian, bi, trans and queer. And perhaps they’ve been taught about safe sex and maybe even about what constitutes consent. But what about after there’s consent? I don’t know if they’re learning enough about the joys of desire and sex. Are they taught how to discover what their own body likes? Or how to listen deeply to the responses of a partner’s body?

ArtsATL: The structure of your memoir as a whole is not strictly chronological. What were some of your motivations for ordering the essays as they appear in the book?

Lambert: Our lives and especially our memories of our life are not linear. I had no desire to force my memoir into a chronological order. It doesn’t make emotional sense. For instance, in A Certain Loneliness, swimming is a thread that winds through the book. There’s the rugged ex-Olympic coach who taught me the butterfly stroke when I was nine and never treated me like a little crippled girl but rather demanded the same discipline she did of any of her athletes. That memory is up alongside the despair of having to give up doing laps at the YMCA pool before work because my strength was falling away and one day I couldn’t lift out of the pool anymore. These days I’ve reclaimed the freedom of buoyancy in Florida’s spring runs, where the force of water bursting up from deep underground lakes pushes at my body, softening the joints and soothing the muscles. When I think of swimming, all of these memories overlap, and, to some extent, that’s the way I write them.

ArtsATL: What do you want to communicate to your readers regarding your relationship with the environment in your current home state of Florida?

Lambert: Often the Florida wilderness is actually where I write. I’ve camped in many of the state parks of Florida in my wheelchair lift van. There’s a bed in the back, so I can sit propped up on pillows with my computer on my lap looking out on open prairie or creeks lined with cinnamon fern and royal palms. Wild turkeys might wander by. The Florida environment is also often what I write about both in fiction and memoir. Florida is so beautiful and tragic all at once, and being immersed in all that emotional complexity, to feel joy and despair in the same moment, has always helped me write about the tension between loneliness and connection. 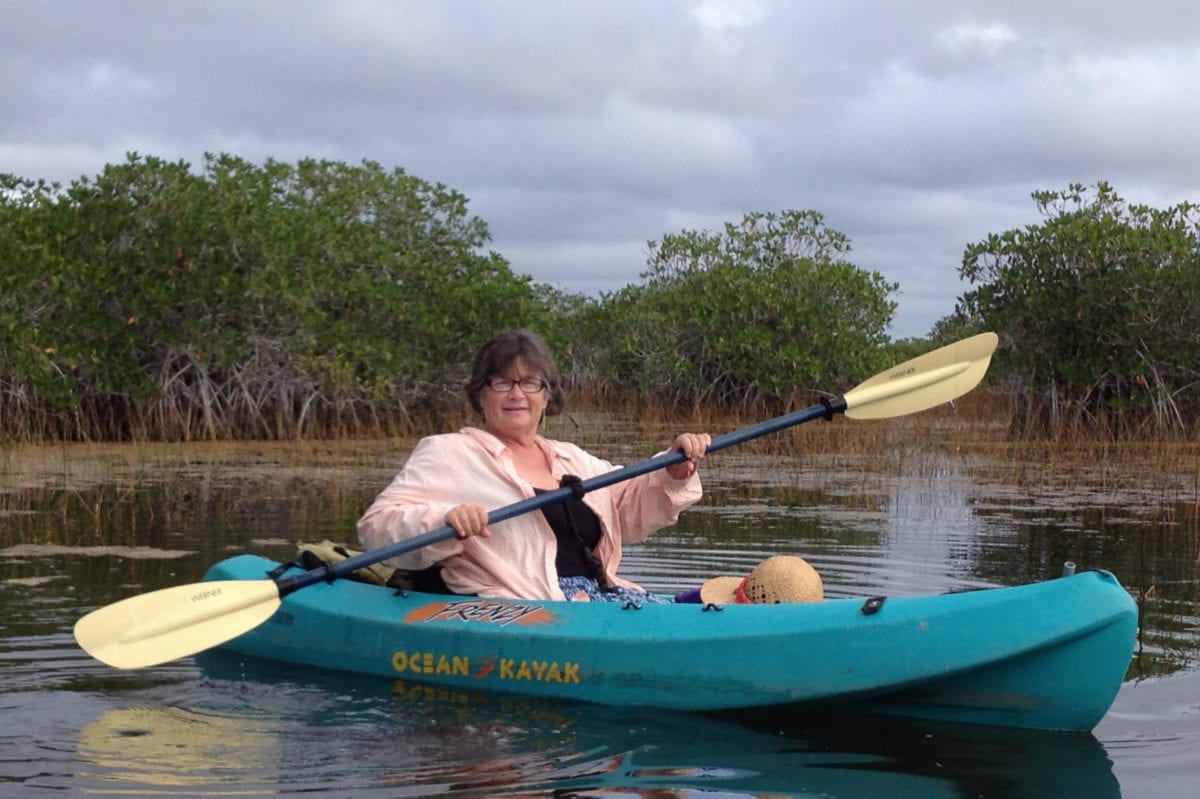 Sandra Gail Lambert in her home state of Florida. The author says the wilderness is often where she writes. (Image courtesy the author)

ArtsATL: In the book, you write that of all the things you’ve ever been called, your favorite is “outdoorswoman.” What is the significance of this title for you?

Lambert: On the cover of camping gear catalogs or nature adventure magazines — when there are women on the covers — they are often hiking up mountains in fancy boots and are usually tall and terribly fit. For me to be called an outdoorswoman, it means that I’m being acknowledged not for the shape and abilities of my body, but for my actual experience and knowledge of and enthusiasm for exploring the natural world. That doesn’t happen often.

ArtsATL: How has your attention to physical processes shaped your memories and influenced your writing about them?

Lambert: Writers with disabilities write all sorts of things in all sorts of ways, but we almost never leave the body out of the story. For me, this is because my body is essential to the ways I am both connected to and isolated from the world. One of the themes of A Certain Loneliness is the strain between these two forces. As the fatigue and pain of post-polio syndrome kicked in, it became clear that using a wheelchair was a better choice for mobility than the braces and crutches I’d used all my life. This changed my life. I couldn’t get in friends’ homes anymore and became that person on the outside, the one who wasn’t invited to the birthday parties or Thanksgiving gatherings. But this was also when I became a writer. I don’t think it’s a coincidence that I discovered the passion of a creative life at the same time my body was requiring that I pay close attention to it.