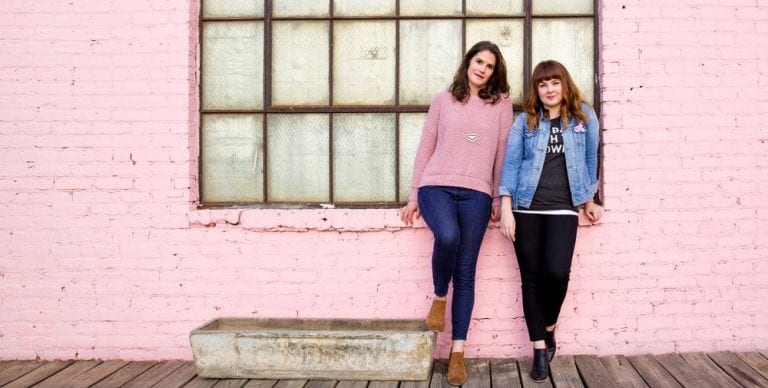 Podcasters Cristen Conger and Caroline Ervin are the authors of the new book Unladylike. (Lizzy Johnston)

Cristen Conger and Caroline Ervin, the Atlanta-based women behind the hit podcast Unladylike, make the leap to the printed page with the release of their new book Unladylike: A Field Guide to Smashing the Patriarchy and Claiming Your Space. The bold, charismatic text serves as a crash course in feminism, with the co-authors tackling everything from the history of the patriarchy, rape culture and the anatomy of womanhood to economics, communication and misconceptions about beauty and femininity. They write about complex, multifaceted subjects with inclusivity top in mind, all beautifully accented by illustrator Tyler Feder’s drawings throughout.

ArtsATL caught up with the co-hosts and co-authors as they prepared to start recording the third season of their podcast. Conger and Ervin will also discuss their new book at the Margaret Mitchell House on Tuesday, October 16, at 7 p.m.

ArtsATL: Can you tell us how your book came about? 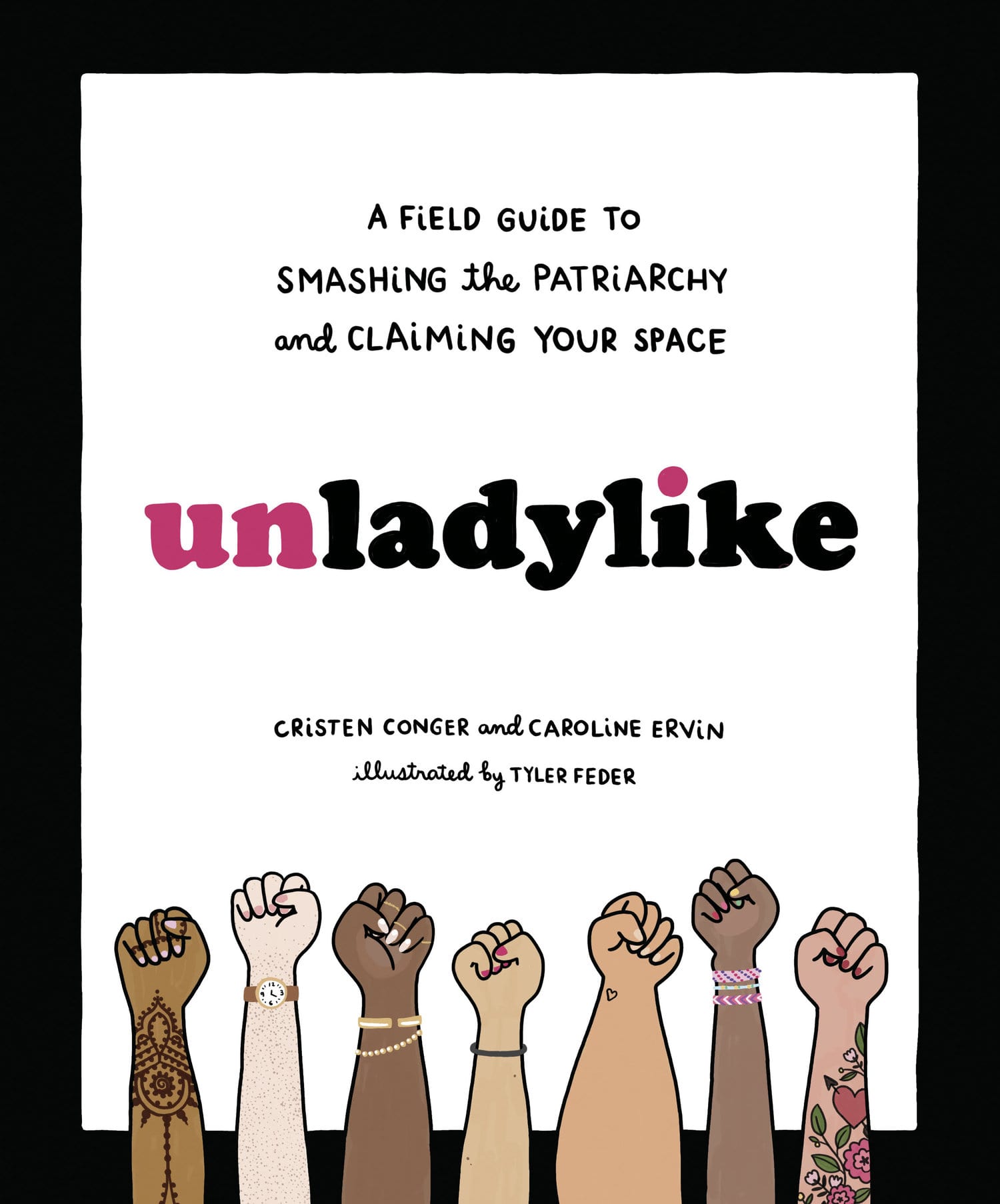 Caroline Ervin: We didn’t get the idea for this book, really, until we got the opportunity to keynote a Women’s Leadership Conference at Clemson.

Cristen Conger: After our keynote, a woman came up to us and asked how she was supposed to speak up and “be the change” in a class full of men. We offered some Band-aid advice. But on the way home we thought about it: What else could we give her, what books could we recommend? It was a question coming from a woman like us: a college-educated woman who enjoys a lot of privileges as a straight white woman moving through the world. Even with all of these privileges, we still couldn’t answer these basic questions. If folks of privilege are struggling with this, what’s happening with those who don’t? So we wrote a book we wish we could have given her and the book we wish we could have had ourselves.

Ervin: We wanted to write a book that any woman could pick up and see herself in it somewhere.

ArtsATL: When did you find the time to write the book between seasons?

Conger: The 2016 election happened right after we sold the idea for the book. Suddenly the urgency was heightened. It felt more important than ever before.

Ervin: Being able to ride a wave of women’s anger pointed us somewhere — we were very productive.

Conger: I remember sitting at my desk in my Future is Female sweatshirt feeling angry and sad and not knowing where to direct my angst. I exorcised a lot of hot takes in our first draft!

ArtsATL: What was the most challenging aspect of writing this for you?

Conger: It took three rewrites to get to this published book. For me, the “Money” chapter was challenging and enlightening. We wanted to make sure we weren’t just regenerating the same gender wage gap and glass ceiling conversation we hear. It was educational — there’s a lot of stuff about gender and money and patriarchy happening beyond that that doesn’t get talked about at all. Mainstream feminism speaks directly to upwardly mobile women in society. The class issue is something that’s not addressed that much. I was happy to find new conversations, whether it’s the basic constructs of money or in workplaces. . . . It was a personal and professional goal to break out beyond the same old conversations.

ArtsATL: Did writing this bolster any opinions you already had?

Ervin: Writing and researching this clarified and illuminated something really important to my personal feminism. We discuss and touch on the importance of collectivism in the book. At the end of the book, discussing activism and moving forward, we say that if you want to be effective, it can’t be individualistic. It made me stand stronger in that. I find benefit in the articles and seminars, but ultimately, the things that we are up against affect us individually but are systemic issues. They’re hard-baked into our systems. If your feminism is not intersectional, it’s not worth shit. If your feminism isn’t collective, it’s not worth shit. It’s important that we all lift each other as we climb. I’ve left this process with an even more political stance.

Conger: Even the time spent on breaking down the concepts of ladyhood and “ladylikeness” was instructive too of how hard-baked these expectations still are for women and how constant and omnipresent they can be. One thing we’re both really proud of with the book was to dedicate a chapter to rape culture. “Creep Factors” was one we always wanted to include because we realized in a lot of women’s self-help books, there’s not a really in-depth, accessible breakdown of what rape culture is.

ArtsATL: So what can fans expect from season three of your podcast?

Conger: We’re actually having a bit of a preproduction meeting about that today — we start recording next week. We’re lucky; a lot of the 12 episodes we have planned out are already started. We’re a small team, the two of us, our senior producer in New York and our associate producer. It’s a scrappy team. For season two, we had a lot of stuff in the can when we started, but we left a few of the last slots up in the air, which led to creative problems later. We feel more prepared going into this season. And we’re scripting our episodes now, which has been an unexpected challenge. We’re learning to write the way that we speak, which is surprisingly really hard. We’ve written some really awkward sentences! It’s like learning how to speak again.