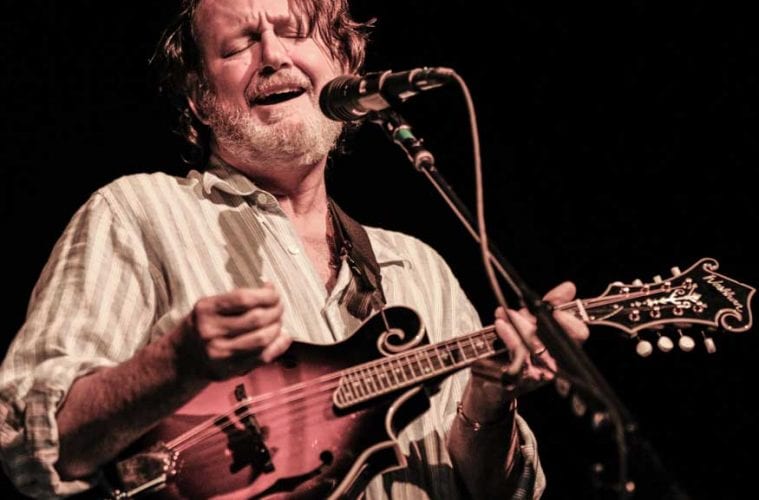 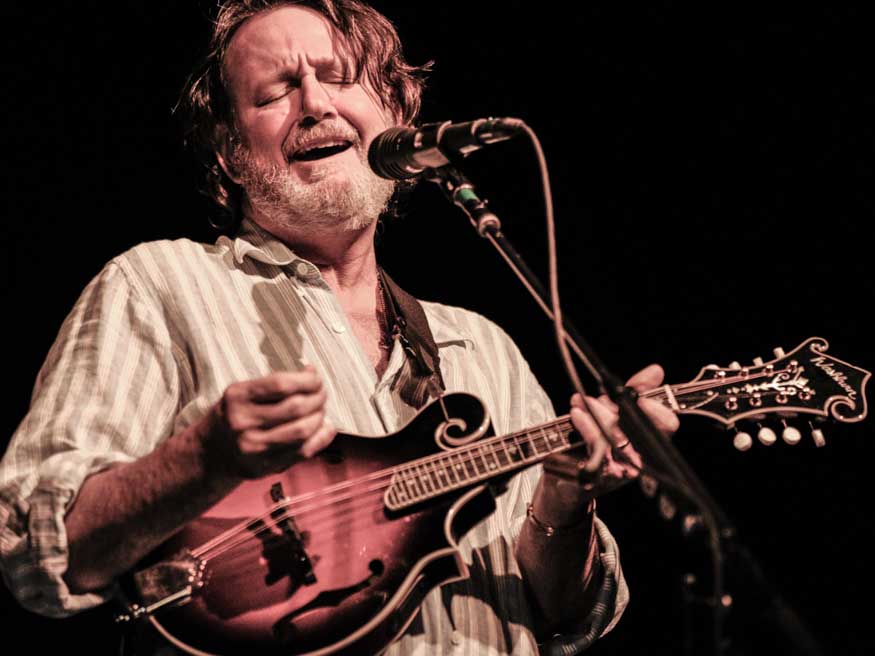 Bell’s fascination with the mandolin began with a Christmas present from his wife. (Photo by Andy Tennile)

Widespread Panic returns tonight for a New Year’s Eve show at Philips Arena, where they hold the venue’s record for sell-out shows (20). In Part II of his Q&A with ArtsATL, Widespread Panic’s John Bell touches on a variety of topics, including thoughts about Michael “Mikey” Houser, who died in 2002 of pancreatic cancer. Bell and Houser, Panic’s founding members, began to play together in 1981 after they met in their University of Georgia dorm.

Bell also discusses the influence of the Allman Brothers Band and Panic’s participation in the all-star tribute to Gregg Allman January 10 at the Fox Theatre, in addition to his attraction for the mandolin and the band’s intention to put into motion an album of new material in the coming year.

ArtsATL: Is there a single moment that stands out most in your mind at a show and, if so, why?

John Bell: Wow. Well, it’s hard to pick just one since we’ve been at this for so long, but if I have to pick just one, I would have to say it was when my dad came down from Ohio to see one of the New Year’s shows at the Fox Theatre. It was the first time he had seen us playing other than a night club–level gig. I don’t think, until that point, he understood we were really playing concerts. I mean, if you’re not out there doing it, you can only have an image in your mind. And I’m not a guy who sends articles home. I also wasn’t calling home asking for money. Then again, we’d had a major record contract for eight years at that point, so perhaps he could have caught on a little sooner. (chuckles) But seeing is believing, as they say. So, yeah, seeing my dad there at that show would be that moment.

ArtsATL: Speaking of playing the Fox, Widespread Panic will perform there on January 10 for a tribute concert to honor Gregg Allman. Tell us a little about your history with The Allman Brothers Band.

Bell: We were musically well aware of them because, shoot, they were part of our musical experience and inspiration while we were growing up. No matter what part of the country any of us came from. Allman Brothers were “widespread” themselves. (chuckles) The first gig we did with them was Telluride, Colorado, back in ’91. We had just come out with our first major album release and they were headlining one of the evenings there. So from there on, we just crossed paths a good bit. We played the HORDE tour together. We’ve done a lot of festivals together, and three summers ago we did an Allman Brothers/Widespread bill, which was unusual because we both play very long sets — usually the whole evening. (laughs) It wasn’t like either one of us was just going to play for 45 minutes. So, that was a very special time. Plus, we were both signed to Capricorn Records. The Allman Brothers pretty much made that label and then the label disappeared for a little bit. When it came back, we were the first band to sign with Big Phil [Walden] and Little Phil [Walden’s son]. We’ve been sharing some of the same space with the Allman Brothers for years. We’re just honored to be thought of because there’s going be a lot of good company that’s going to be there for that show. 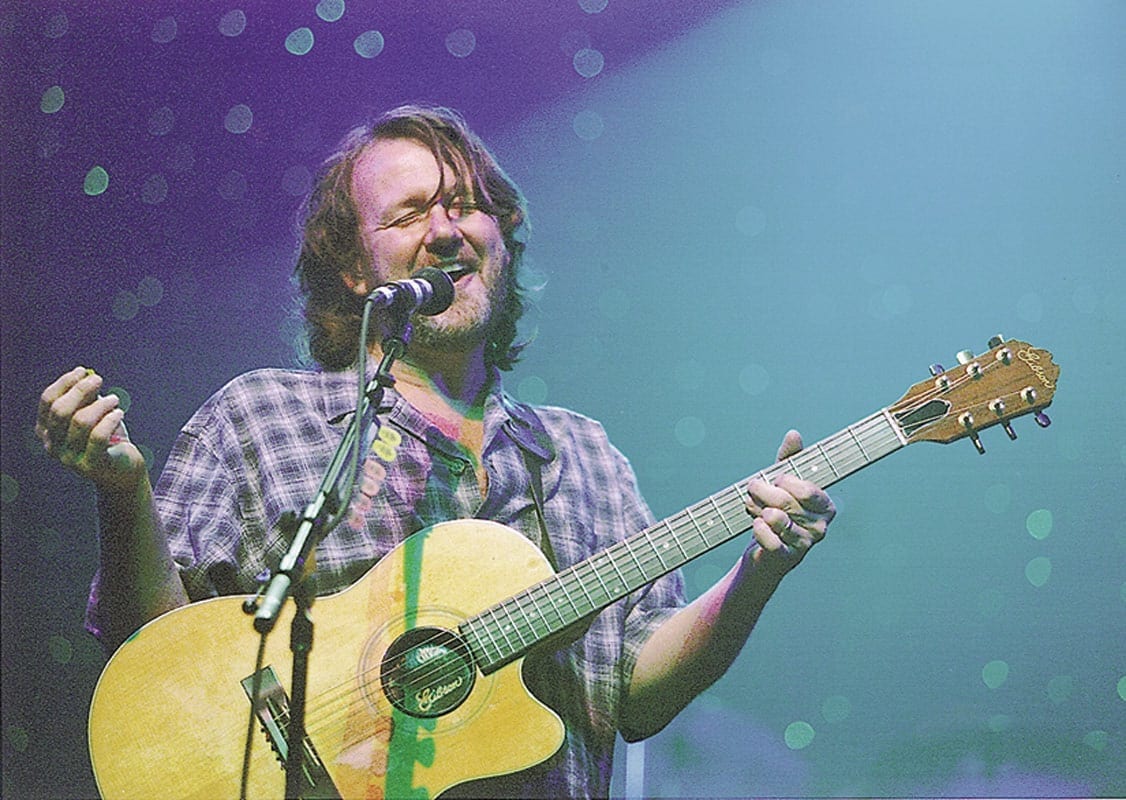 ArtsATL: From where does your songwriting inspiration come when you’re singing about something like “fried chicken”?

Bell: Writing about that came out of our leaner, hungrier years. At that point, “Contentment Blues” was like a love song (laughs), where we were pining away for and explaining our deep appreciation for chicken. But it’s funny how you’ll get an idea and think you’re in that territory, and go, “This one feels like it’s starting to write itself.” Then you sit back and go, “Oh man, another song about fried chicken, huh?”

ArtsATL: When you’re writing and have a song in its basic form, do you often see ahead the spots or openings that later become the creative breeding ground for some of Panic’s well-known jams?

Bell: Nowadays, we put a song together and then crack it open later because the way we approach stuff for studio work is usually a little more concise. That is, the song’s a little shorter than what would happen on stage, naturally. So we’ll get out there on stage and kick it around and change the arrangement a little — open it up, and make room for a jam.

ArtsATL: The mandolin isn’t the most commonly used instrument in rock music. What draws you to it?

Bell: Oh, it’s a sound that seems appropriate for certain songs. Beyond that, it’s a lot of fun to play an instrument that isn’t your main “go to” instrument. It kind of gets you away from some of your old habits and you, basically, get to rediscover playing an instrument. Playing the mandolin can definitely pick up the tempo. It’s kind of country — just gives it that little jump. 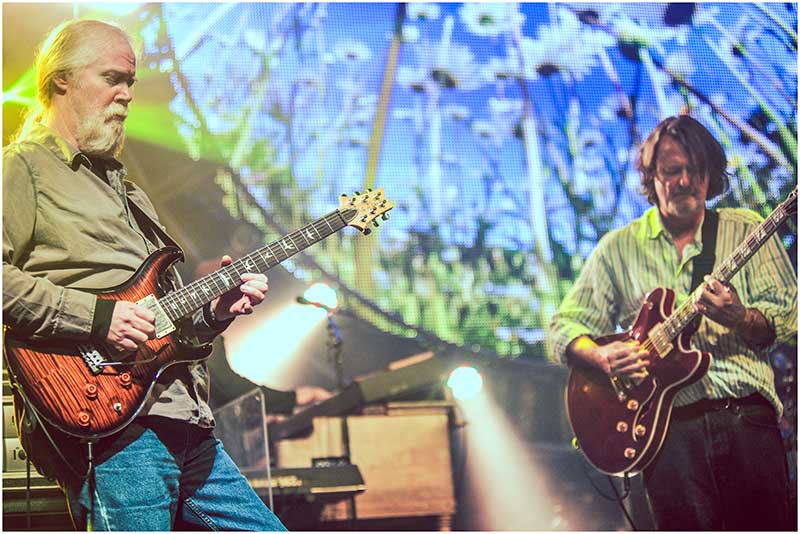 ArtsATL: Do you remember the first time you picked one up?

ArtsATL: Does Laura play the one you gave her?

Bell: No. I think that was an idea I had. You’re young; it’s your first Christmas together. You know, I thought she might like a cute little mandolin. (laughs)

ArtsATL: If you weren’t a musician, what would you be?

ArtsATL: You’ve said in other interviews that you feel the late Michael Houser is on stage with you at times. Are there any songs that bring thoughts of Mikey to you more quickly than others?

Bell: Those memories can just pop up anywhere, so it could really happen on any song. But one thing Mikey brought to us musically (pauses) . . . he came from this inspiration place of the two-step tempo. It was his mindset — like on “Ain’t Life Grand” and, definitely, “Traveling Man” because that was the last song he introduced before going off to his next adventure.

ArtsATL: What do you think Mikey would say about the Panic of today?

Bell: I think he’d be very happy and very proud. I know he’d be impressed with Jimmy [Herring]’s abilities. Even though we do improvise, there are certain sounds and musical movements that remain the same and are inherent parts of the sound for which Mikey is responsible. Jimmy has extreme respect for the pieces that Mikey and his guitar were responsible for, and I know Mikey would approve of that and like that.

ArtsATL: The band is known for pulling out some cover songs in concert. Earlier this year at another one of your charity events (Hannah’s Buddies Golf Classic), I asked you if Panic might ever play Golden Earring’s “Radar Love.” You said, “Ah, we did that at Halloween — I believe in Vegas, ’96. That one was definitely a lot of fun, but we try not to repeat those covers.” How is it that some covers make the cut and are, in fact, repeated?

Bell: Basically, we do have a number of covers which are part of our song list that we work from. Usually the criteria a song has to meet is that everybody in the band likes the song and is inspired by it. And usually it’s an obscure song that gives our fans a chance to see something that’s been an inspiration from our childhood. But like with “Radar Love,” that popped up at Halloween because we go a step farther on Halloween and that’s such an iconic tune. You know, I don’t dress up at every show but I do at Halloween. (laughs) On Halloween, we like to play something that’s been a huge hit and stood the test of time. But, we wouldn’t necessarily want to lean on it as part of our repertoire. So, that’s why some things only get played once — maybe twice. But sometimes you go, “Wow, we’re not quite done with that tune, let’s play it some more.”

ArtsATL: So, there is a chance that you might not be quite done with “Radar Love?” 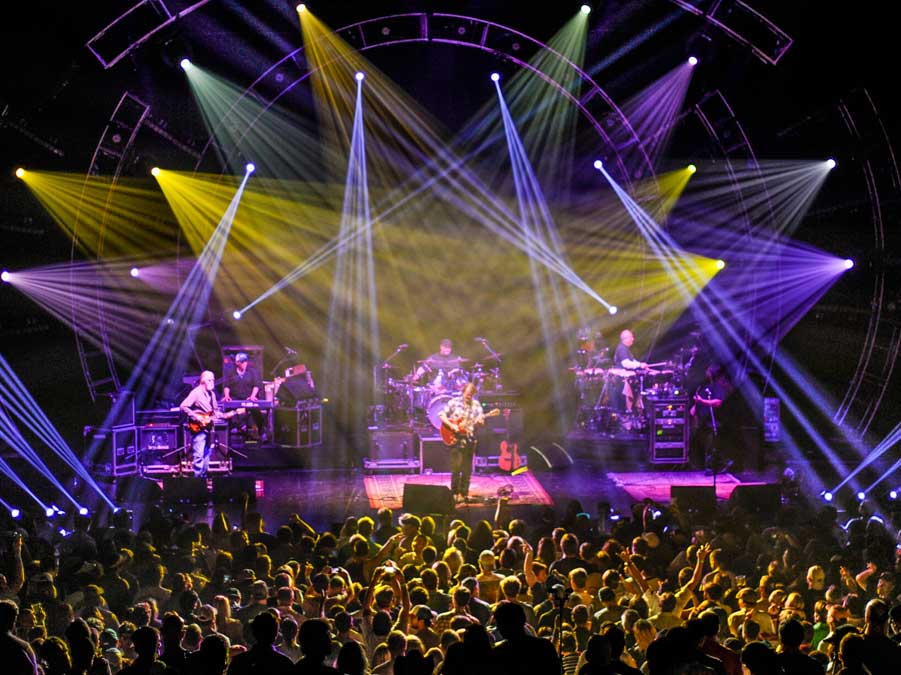 ArtsATL: Can you share with us what was behind the decision to leave what had, traditionally, been Panic’s home for ringing in the New Year at Philips Arena, and why you stayed away from that familiar spot for the past few years?

Bell: It just really boiled down to logistics and scheduling. Logistically, it just kind of worked out to play Denver or Charlotte — that’s how we ended up going to those two cities for New Year’s. But we’ve wanted to get back and play our home base because we’ve been close to and had a great relationship over the years with the owners of Philips and, then, it’s Atlanta. And Atlanta’s kind of our home turf.

Bell: You know, I kind of make resolutions all over the place. And it’s not necessarily a New Year’s thing. Coming off tour, going on tour, I’ll try to get my mind set on some new regimen or get back on the horse as far as exercise or things like that. But make all the resolutions you want, it’s all a matter of whether you’re actually doing the work or not. New Year’s is really no different than any other time of the year for me. 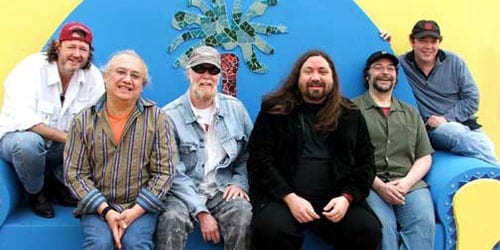 ArtsATL: Is there going to be anything different about Panic in 2014?

Bell: Well, you know, we’re kind of always different, but it’s still us. But, nothing intentionally different. I will say we are going to go in and start getting closer to putting a new record together. Recording sessions haven’t been outlined yet and, of course, there’s got to be a record deal and all the malarkey that goes with it. But there’ll be a record coming out there.

Bell: Well, thank you, it’s good to be back home.